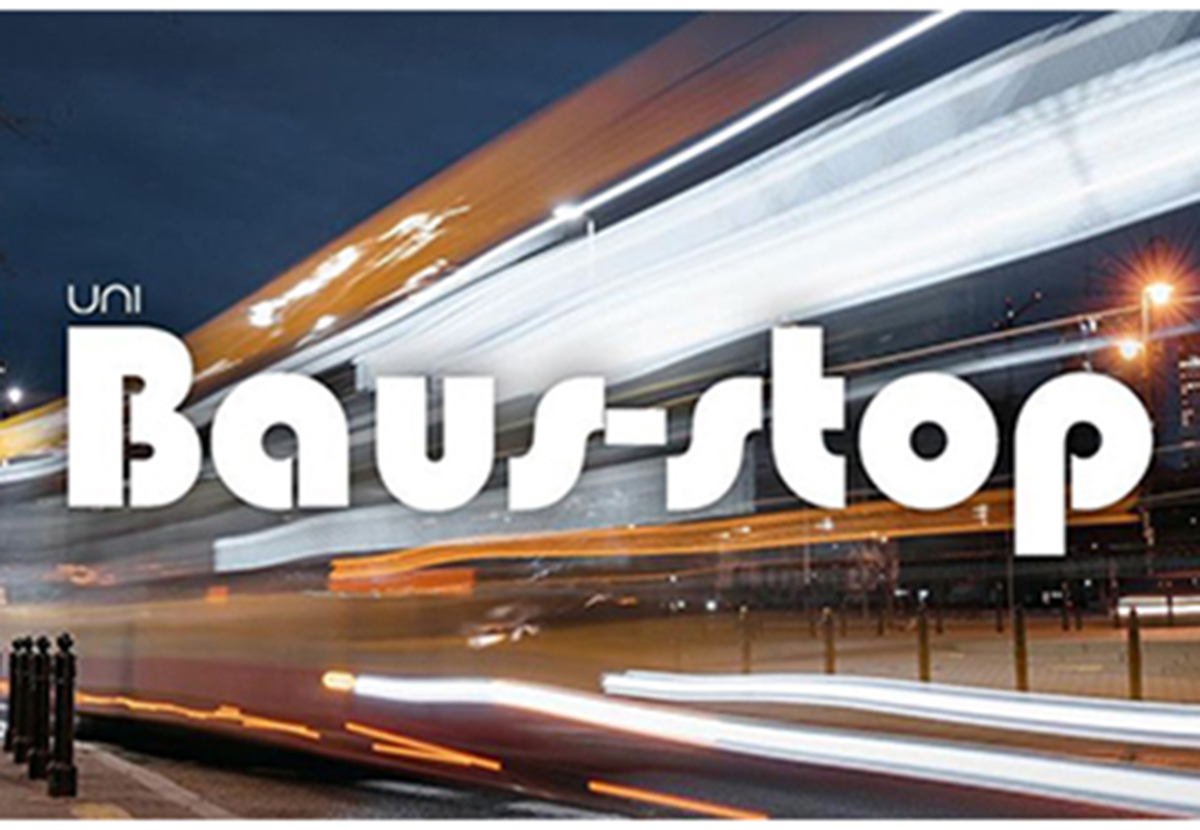 How can Bauhaus make our lives relevant and artsy while being feasibly functional? How can we as designers communicate the essence of this movement? Can this style be used to design small-scale public entities? How will it be helpful in creating successful public spaces? While the principles of the movement are universal, how can the design be made context relevant?

Bus stops are usually engineering solutions that seldom invest themselves in reinventing their design. How can Bauhaus help us change that?

The goal is to design a bus stop that stands as an example of how Bauhaus can weigh in, in changing the public space design game. It should create a balance between its design goals and functional aspects, in a way that resonates with the movement’s ideas. The final outcome should stand as a memoir of the movement and its influences on today’s time. 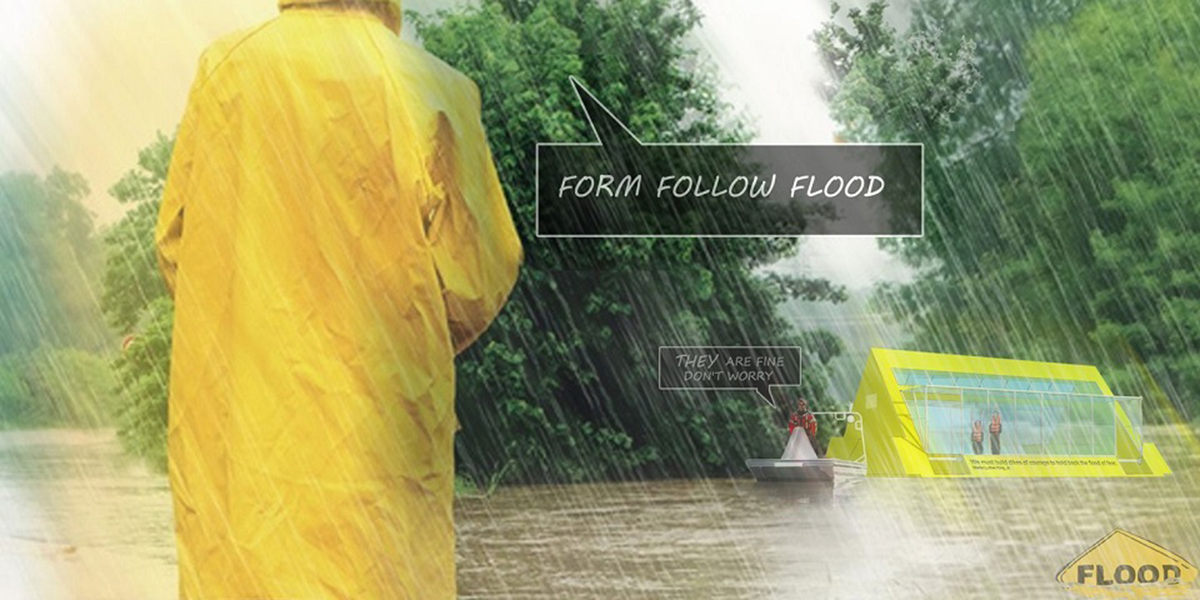 ANTICIPATION was the driving force behind this project. In Germany, what can a bus stop solve in 2022? Aside from being a bus stop, it is also flood-resistant. Secondly, INNOVATION was the key to saving lives during floods. By building a responsive floating station, but had to be functional and sustainable. FORM FOLLOW FLOOD. 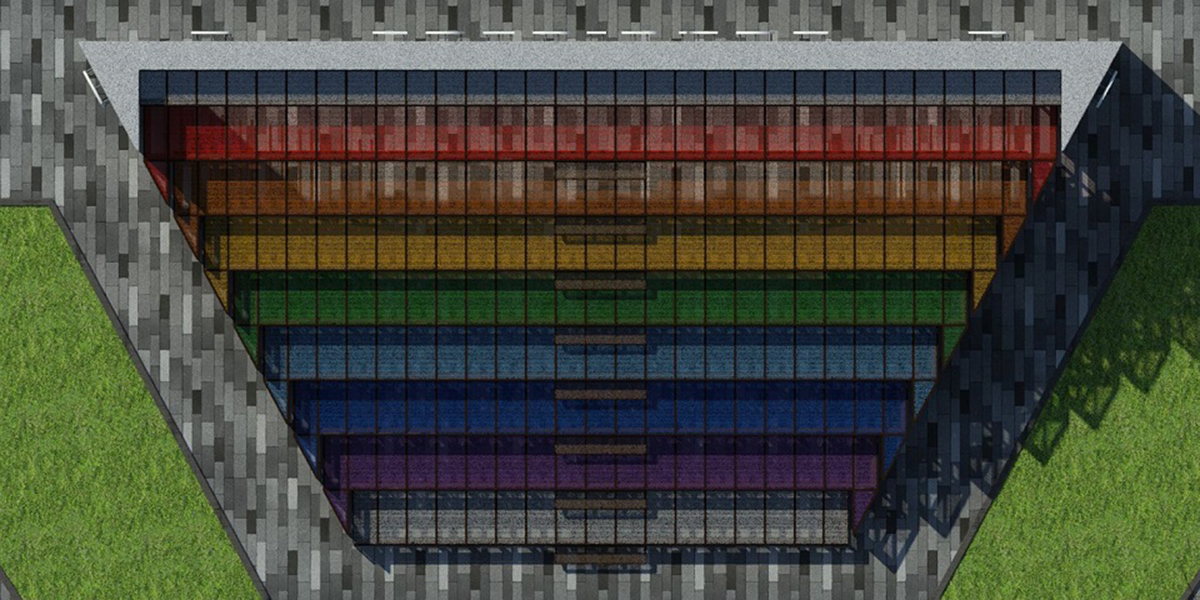 Le Corbusier, guided by the principles of the Bauhaus in his work, called houses “machines for living in”. Based on his statement, this bus stop is “a machine for waiting”. 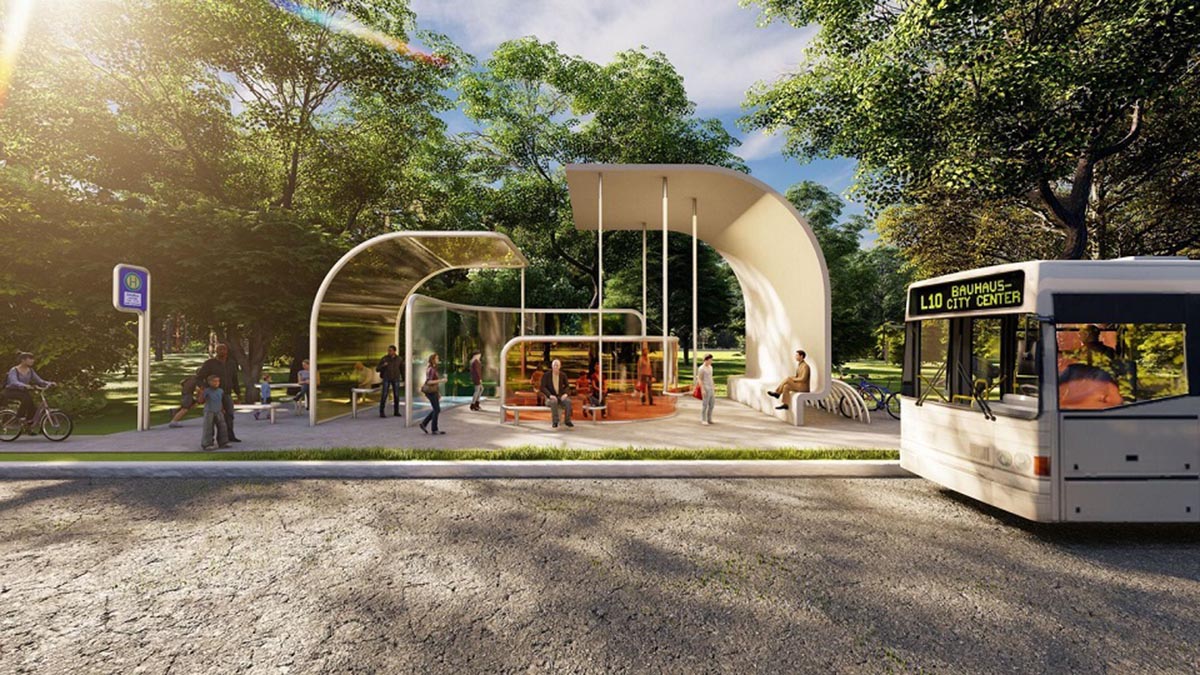 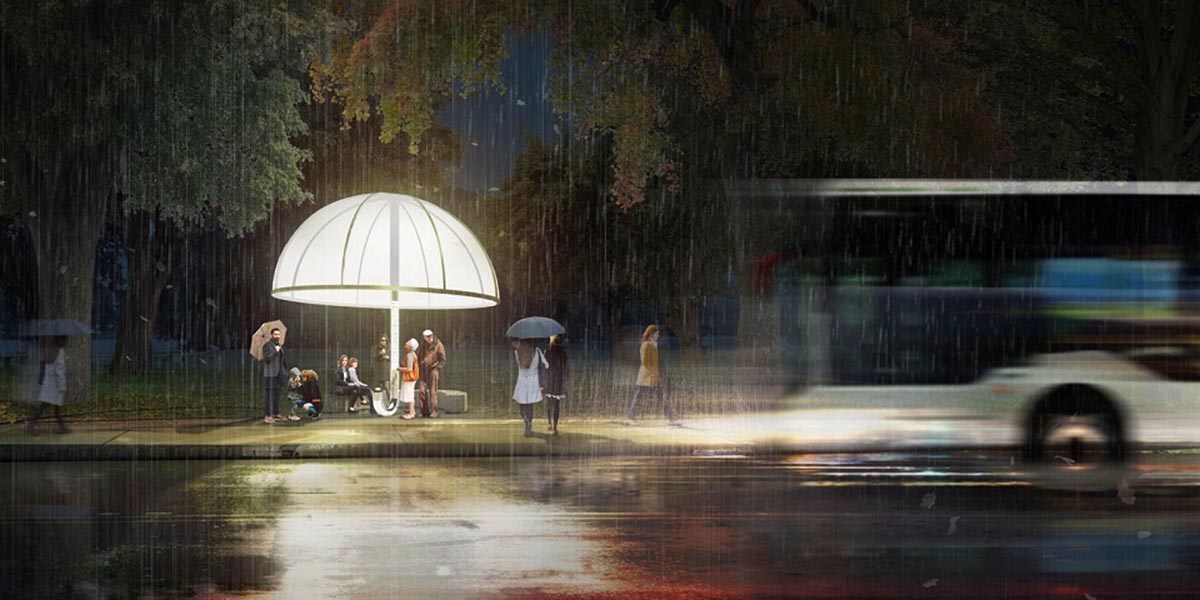 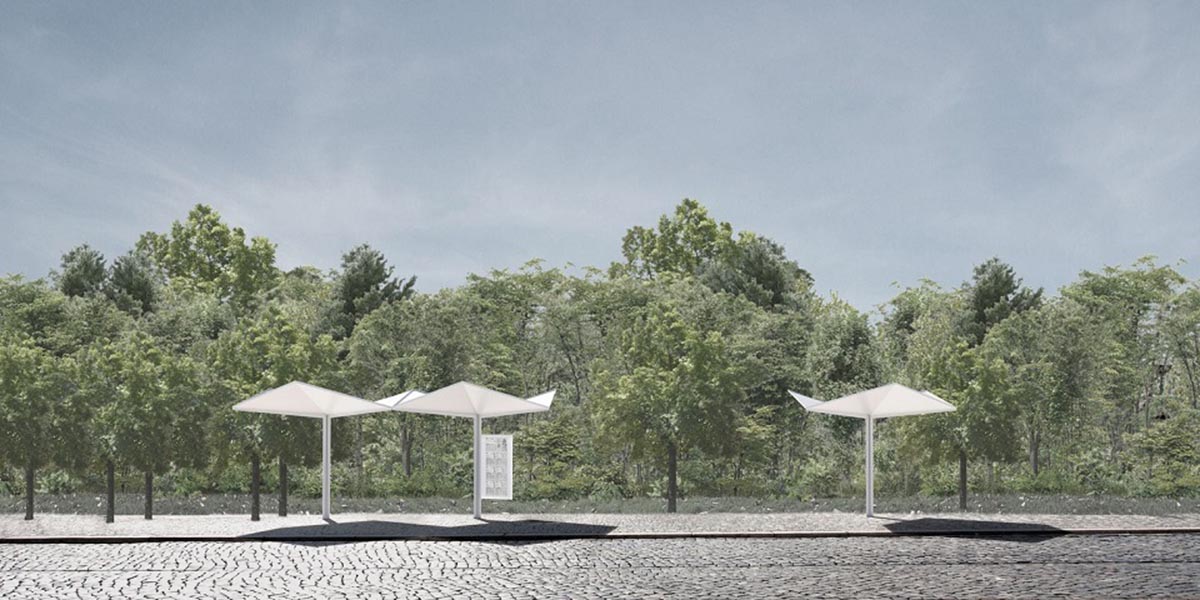