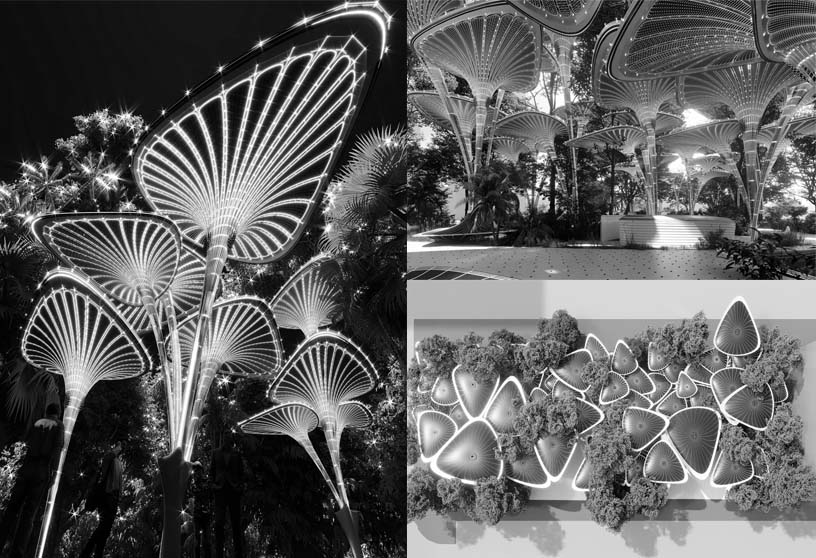 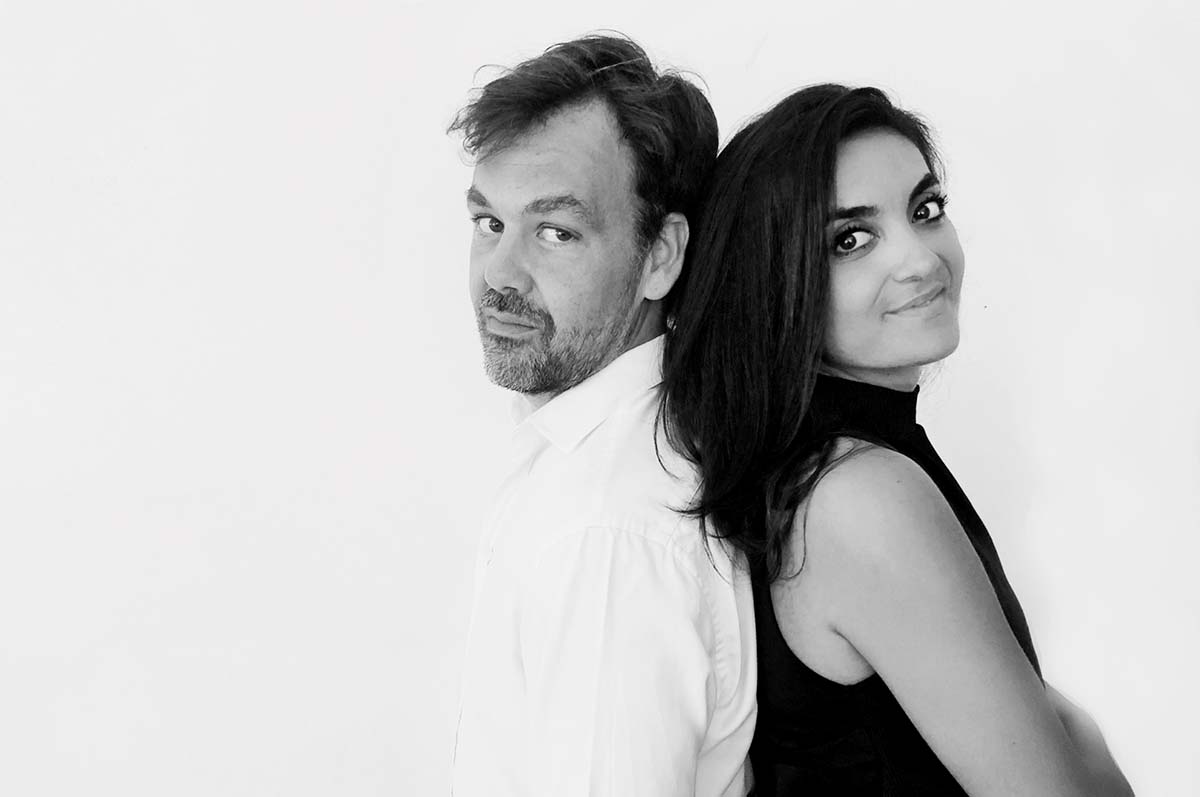 Öznur Pınar Çer has graduated as the best of her generation, ranking first of the Faculty of Fine Arts at the Cyprus International University with the high honour degree in 2014. During her University life, she has participated in many competitions. She won the most important student competition “MIMED 2013” as the first winner among 140 projects in the architecture students project competition. Another important Student competition “Prosteel 2014”, she won the honourable mention prize with “Modular Shelter design for Emergency situation” project in Turkey.

Since 2013, She has been working as an Award-winning young Design Architect, Innovative, Future and Space Designer with over 6 years experience in the construction, interior, landscape, industrial and urban design business working on wide ranges of high profile projects and typologies involving Public Buildings, Museums, Pavillions, Art and Installations. One of her most important career experience is that she has worked as one of the three lead designers on numerous projects at all stages from conception design to implementation and has extensive knowledge of schemes which are bespoke and site-specific at Istanbul New Airport Duty-Free Stores project in Tabanlıoğlu Architects.

Since 2017, she has been working as a Founder and Principal Designer, Architect at her own company Mask Architects. She has been leading innovative-design competitions and award-winning projects of various scales within Korea, Germany, Turkey, USA, France, Africa, Dubai and internationally at all stages of the design process which took clients way beyond their expectations. In 2018 she won her first prize at World Architecture Community Award 29th circle with Futuristic-organic “Kırşehir Automobile & Aeroplane Museum” project. This project still is being talked about seriously in many international presses as well as iconic design project designed for Seoul Metropolitan Government which is “The First Art and Photography Museum” in the World which has taken a picture by itself in Seoul. Named “The First Camera Obscura Photographic Art Museum”, With this design project, her name and Mask Architects company has been taking a place on “World Press” across Asia, Canada, America and Europen website, magazines and social media.

Danilo Petta studied Civil Architecture at Polytechnic of Milan and Interior Design at Istituto Europeo di Design (IED). In 2004, during his studies, he became a consultant for the Branco RLT Studio specialized in exhibit design. He worked for many important clients like Bang & Olufsen, Nike and LG Electronics.

He began his career in the field of luxury and design rigour of Swiss watchmaking in 2007 when he was recruited by Fabrizio Buonamassa Stigliani in the Design Center of Bvlgari in Rome as a Watches Designer. He actively participated in the design development of some of the most important timepieces of the brand. After a period of work on jewellery ladies watches, he started to collaborate for the integration of the ‘’Grandes Complications’’ timepieces between the brand Bvlgari and Daniel Roth/Gerald Genta, working between Rome, Neuchâtel and Le Sentier in the Vallée de Joux (Switzerland).

In November 2010 he was called to join the brand OMEGA SA in Biel (Switzerland) and his new challenge was the responsibility to manage the development of the DeVille products as a Senior Product Manager. He actively participated in the strategic product line launch and he gave a different approach to watches development with his eclectically experience and studies. In July 2012 he realised the restyling of the New DeVille Prestige Line, with 6 different sizes, over 70 models.

Among them, it’s important to mention: the introduction of the OMEGA New Prestige 39,5 gents (power reserve/small seconds calibre 2627 Co-Axial) and 32,7 mm ladies (calibre 2500 Co-Axial), the exclusive Ladymatic “Pearls and Diamonds”, worn by Nicole Kidman during the Cannes Film Festival 2013, and the introduction of the New Product line “Trésor” 40mm calibre 8511 Master Co-Axial.

In March 2015, he currently works between Switzerland and Italy on the development of high-end Swiss Watches, Luxury Goods and Exhibits Installations for important luxury brands worldwide. His design concept is based on meticulous attention to detail, on the quality of the fabrication process and his confidence that the “strong identity of a brand is to be found in the simplicity of the formal language”. The uniqueness of his work lies in knowing all the phases of the product development, the market, the strategies of communication, which allow him to formulate design proposals with a high-value perception for the customer, defined by him as “intelligent beauty “.

The office is led by a young award-winning Turkish Architect and Computational Designer Öznur Pınar Çer and Italian Luxury Industrial Designer, Architect Danilo Petta.  More than 6 employees from 2 countries are able to draw upon a wealth of knowledge collected over three generations of building experience in addition to a worldwide network of partners and experts in a variety of disciplines. We combine expertise across sectors, locations, disciplines and all major building types to deliver a truly integrated way of working — resulting in high quality, effective and inspiring built spaces that take clients way beyond their expectations.

Our design vision is to combine Science, Architecture and Technology in the Parametric and Kinetic design field. We have been still improving ourselves in the design are Parametric Design, Robotic Fabrication and Construction, Mathematics, Art, Interactivity Design, Interactive and Kinetic Art Installations, Sustainability, Climate Changes, Interactive Movements, Human Physiology, Public Design Elements, Pavilion Structures and Engineered Technologies in Advanced Technology.

Our design philosophy is based on creating a ‘Magnetic Design Field Curve’ in the design, where they believe users as a “Magnetic Force” in the space getting attracted to something equally magnetic within the space.

Mask Architects and Design projects are regularly featured in international prestigious architectural magazines such as Designboom, Archdaily, Archiproducts and beyond with more than 8 languages.(We would like to know about your ideology towards architectural practice, your inspiration and goals etc.)

Mask Architects and Design company has a design philosophy and approach for creating a `Magnetic Field design Curve´ on design progress. The design philosophy we use as `the main curve which is shaped the design´ is to describe how the magnetic force (people behaviour) is distributed in the surrounding space and within something magnetic.

Most of us have some familiarity with experienced usable of the space and recognise that there can be forces between them. We understand that magnets (required function on space) have two poles and that depending on the orientation of the circulation axis there can be an attraction (opposite poles) or repulsion (similar poles). We recognize that there is some region extending around functions where this happens. The magnetic field describes the main circulation curve with human behaves who are required to get experience with functions.

As animals use the geomagnetic field in many ways: the magnetic vector provides a compass; magnetic intensity and/or inclination play a role as a component of the navigational map, and magnetic conditions of certain regions act as, signposts‘ or triggers, eliciting specific responses. Therefore,  in technology and science, we have been searching for unknown space-human behaviour and orientation relations. We are using magnetic field design curve to give the right human behaviour-experience while the humans are using the space. The main curve which is called magnetic design curve indicates a fluent circulation axis for users to find requirement functions.

Our design strategy is to provide seamless and fluent circulation axis by using magnetic design curve in the centre of the design.

Each person has a magnetic field orientation in their brain, and it only needs to show them the right orientation way to provide benefit from science and technology. This is a Magnetic field behaviour line that is provided by human behaviour in spatial areas Briefly its main circulation axis line provides separation with a group of function in each field around the main curve and provide an orientation for users through main the way on design curve. 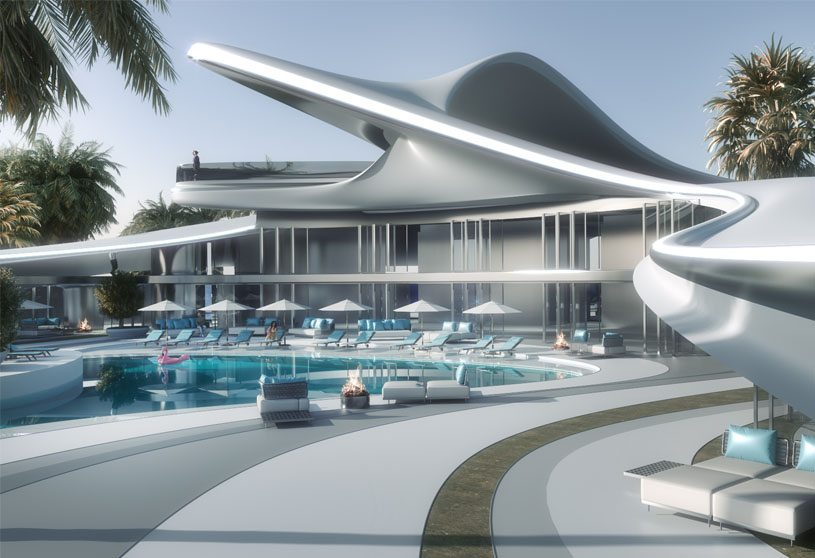 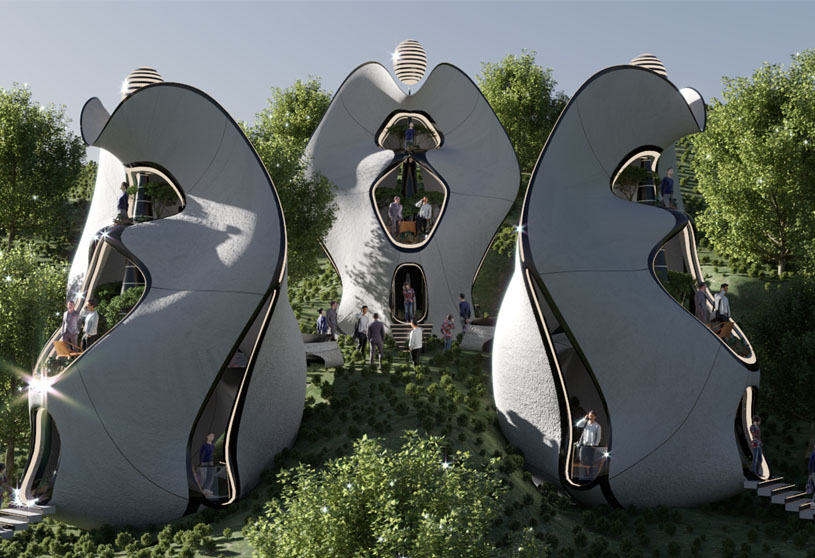 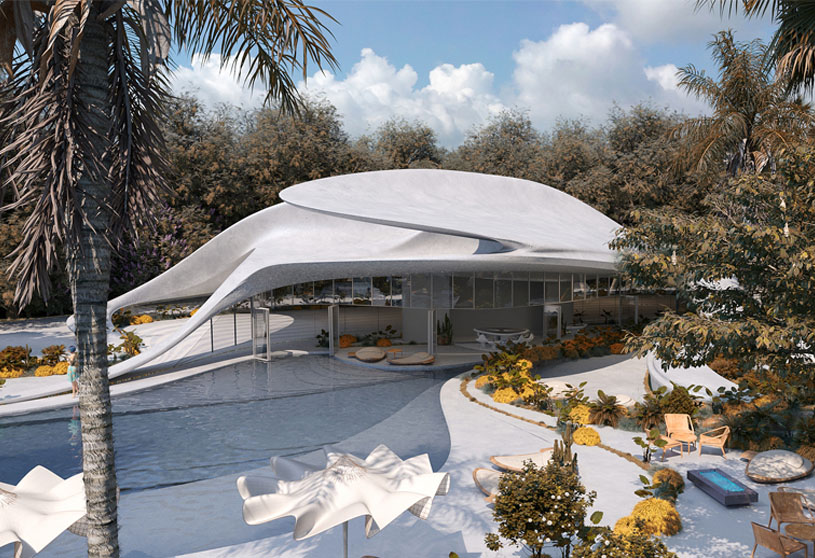 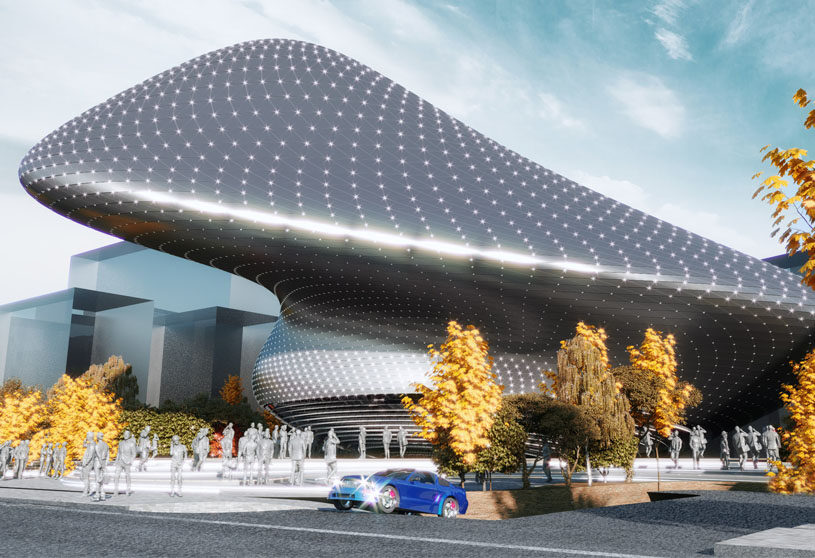 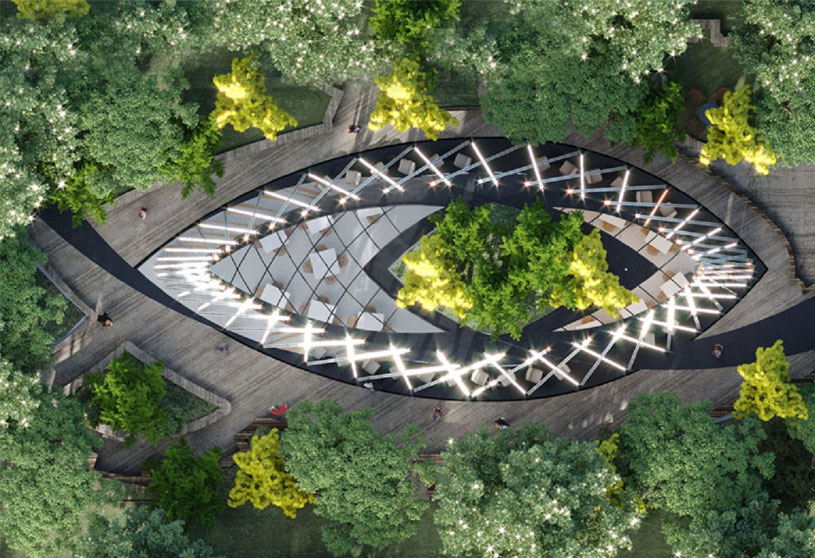 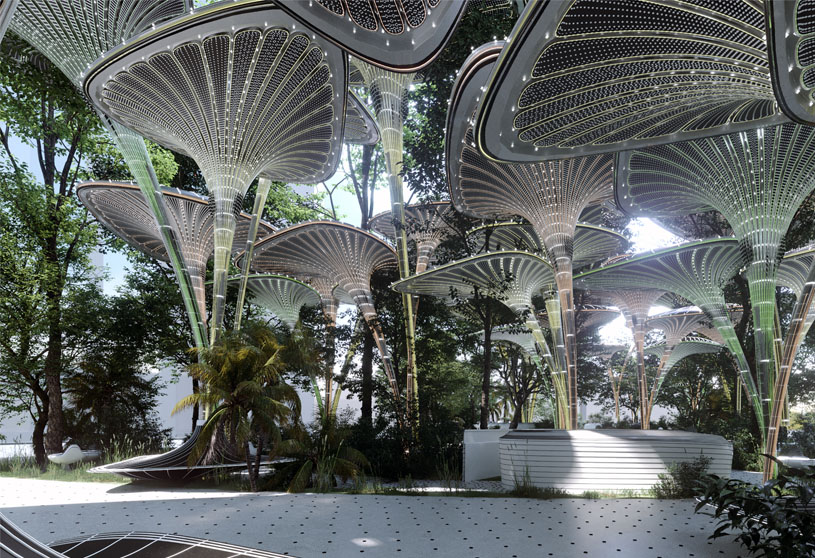