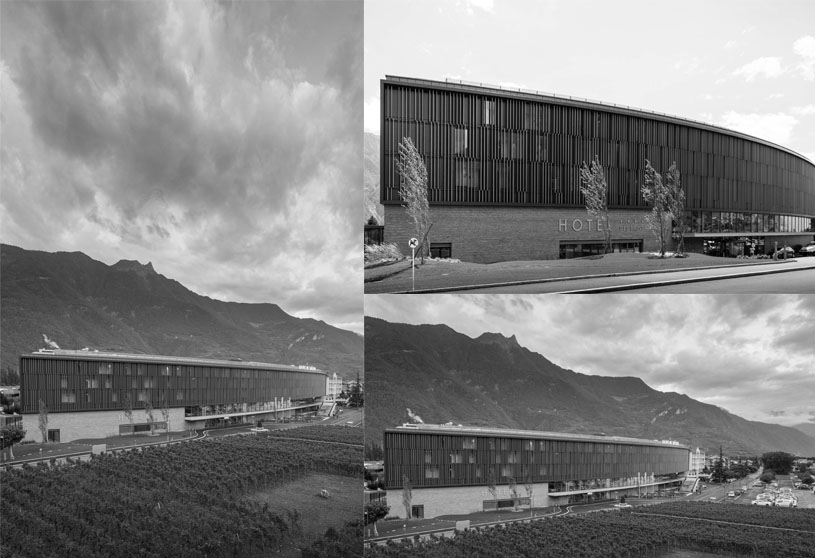 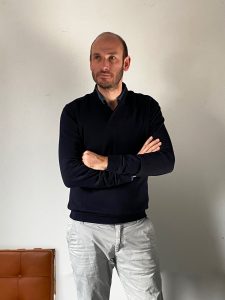 Born in 1981 in Vannes (FR), Antoine Barc grew up along the Atlantic coast of Brittany. He forged a deep connection to the value of landscape and, by association, to the link between architecture and territory.

During his studies at the École Polytechnique Fédérale de Lausanne (EPFL), he was awarded the prize for the best project in the urban mobility laboratory in 2004. He obtained his degree in architecture in 2005, for a project dealing with the link between architecture, landscape, and maritime infrastructure.

After professional experiences in Paris and Geneva, Antoine Barc joined RDR in 2006. He is responsible for projects such as the headquarters of the Bobst Group in Mex, the La Mouline underpass in Chavannes-près-Renens, the housing for the Crédit Agricole Indosuez pension fund in Lausanne, and the student housing Les Triaudes in Ecublens. He and his team won competitions such as Rhône 8 and Place Bel Air 1 in Geneva, and the Les Jordils neighborhood in St Sulpice, and En Cojonnex in Chalet-à Gobet.

Appointed deputy director in 2013, Antoine Barc has been a partner since 2018. With Santiago Pagés, he leads a team invested in housing projects, heritage transformations, and mixed-use neighborhoods.

His interest in the notion of team, and the importance he attaches to human values, lead him to also take on the mission of partner in charge of Human Resources. 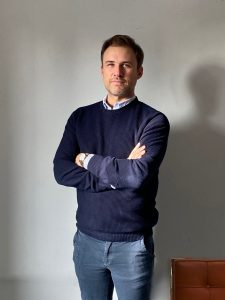 Hilario Dahl Rocha was born in Buenos Aires in 1980 and attended school in Switzerland. In 2009 he obtained his degree in architecture from the Faculty of Architecture of the Universidad de Palermo, Buenos Aires. His diploma project was a finalist for the “President’s Medal Award”, given by the Royal Institute of British Architects (RIBA).

After his studies, he collaborated with architectural offices in Seville, Barcelona, and Buenos Aires, and joined RDR in 2009.

From 2011, Hilario Dahl Rocha leads a project team with Frédéric Comby, developing projects such as housing at Chemin de l’Ochettaz in Saint Sulpice and Les Boverattes in Pully, as well as important competitions such as the Hardturm stadium in Zürich.

Appointed Deputy Director in 2013, he has developed numerous projects such as a villa in Geneva, the Barlovento buildings in Buenos Aires, a new winery for Ducru Beaucaillou, as well as major competitions such as the UBS – Paradeplatz project in Zürich and the Tilia Tower in Prilly.

He became a partner in 2018 and assumed responsibilities in the areas of acquisition and communication.

His double citizenship, Argentine and Swiss, motivates Hilario Dahl Rocha to be actively involved in projects conducted in collaboration with the Buenos Aires office, as well as in the development of RDR’s international activities, perpetuating RDR’s historical multicultural identity. 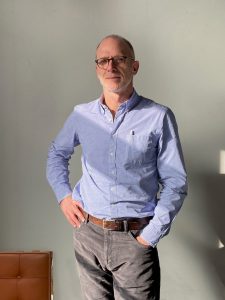 Kenneth Ross was born in Buenos Aires in 1964 to Scottish parents. In 1989 he graduated as an architect from the Faculty of Architecture, Design, and Urbanism (FADU) of the University of Buenos Aires.

Among the many works developed by his project teams, Kenneth Ross has led the renovation of the Nestlé headquarters and the Nestlé WellNes Centre in Vevey, several buildings on the campus of the International Institute for Management Development (IMD) in Lausanne, and more recently the SwissTech Convention Center and student housing in the EPFL’s Quartier Nord, the headquarters of the International Gymnastics Federation (FIG) in Lausanne, and the Pont Rouge project in Carouge.

Since 2018, as a senior partner, Kenneth Ross has been guiding the new management team of RDR architects with his skills and experience.

Having grown up in Buenos Aires, he remains very involved in developing collaborations between the Lausanne, Buenos Aires, and Madrid offices. Being also particularly sensitive to art, he promotes the work and collaboration with various artists on our projects.

Since 2011, Kenneth Ross is a member of the Executive Committee of the Society of Engineers and Architects (SIA) Vaud.

Frédéric Comby was born in Verbier in 1973. After graduating as an architect from the School of Engineering and Architecture in Fribourg, he joined RDR in 1997.

From 2011, Frédéric Comby assumed responsibility for a project team with Hilario Dahl Rocha, and was appointed deputy director in 2013. He became a partner in 2018 and is now leading one of the project teams with Nuno Santos Pereira.

Frédéric Comby has worked on projects such as the extension of Clinique La Prairie, the Chemin de Liseron housing, the transformation of Rue du Jura 9-11, and the extension of the Bobst production plant in Mex.

More recently, his team completed the administrative building at Rhodanie 58 in Lausanne, and the development of a teaching center for the La Source Institute and School of Health in the Palais de Beaulieu in Lausanne.

An accomplished sportsman, Frédéric is not afraid of challenges; he assumes essential transversal tasks in the organization and management of RDR, in particular in the financial follow-up. With his local roots and his openness to the world, Frédéric is a good ambassador of RDR’s values, contributing to its influence. 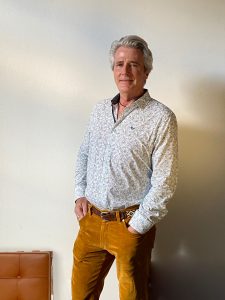 Jacques Richter was born in Lausanne in 1954. He graduated in architecture from the Swiss Federal Institute of Technology in Zurich (ETH) in 1979. In 1981 he began a Master’s degree at Yale University, where he met Ignacio Dahl Rocha and obtained his Master’s degree in 1983.

In 1983, he began his professional practice as a partner in the firm Richter & Gut in Lausanne. He won the first prize in the Espacité competition in 1987. His “SWHome” project won the first edition of the Europan competition (1989-90). From 1984 to 1989 he taught at the Athenaeum School of Architecture in Lausanne (EAAL).

Jacques Richter has been a member of numerous committees and foundation boards, including the Forum d’Architecture Romand (FAR) and the Comité de la Distinction Vaudoise d’Architecture (DVA). He has been active in the Association Jardin Urbain in Lausanne and chaired the Lausanne Jardins festival in 2004 and 2009.

Jacques Richter sits on the boards of the Theâtre du Jorat, the Compagnie Philippe Saire, and the Fondation de l’hôpital de l’enfance de Lausanne (FHEL). He is a member of the Swiss Romand Committee of the Centre Suisse d’Études pour la Rationalisation de la Construction (CRB), and the Committee of the Chambre Vaudoise Immobilière (CVI). He is also a director of the Fonds Immobilier Romand (FIR) and of Stone Edge Asset Management (SEAM).

He teaches in the framework of the federal patent at the USPI Formation, and chairs the Construction Commission of the future pediatric-psychological hospital of Montétan.

In parallel to his multiple activities, Jacques Richter accompanies the new generation of RDR architects, giving them the benefit of his advice and his vast experience. 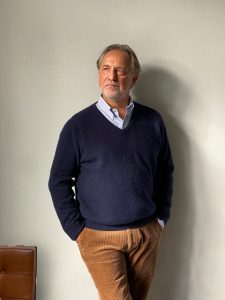 In 1981 he began a Master’s degree in architecture at Yale, where he met Jacques Richter. In 1983 Ignacio Dahl Rocha was awarded the Yale Prize for Excellence in Architecture for his master’s work and resumed professional practice with Billoch Dahl Rocha Ramos in Buenos Aires.

In 1990, Ignacio Dahl Rocha joined Richter and Gut in Lausanne, and founded with Jacques Richter, Richter and Dahl Rocha Architectural Office in 1993.

Ignacio Dahl Rocha has taught at numerous European and American universities, including Yale University, Simón Bolívar University in Caracas, Venezuela, the Catholic University of Santiago, Chile, Harvard Graduate School of Design, Torcuato Di Tella University in Buenos Aires, and the University of Navarra in Spain. In 2001 he received the Premio Vitruvio for his career as a Latin American architect, in 2012 the Premio Konex in Architecture, and in 2013 the Premio Bienal de Arquitectura, Arquitecto Argentino en el exterior.

With the assumption of responsibilities by a new generation of architects within RDR, Ignacio Dahl Rocha continues to guide and federate the architectural reflection of the teams, through his active involvement in the projects and his academic activities.

Founded in 1993 by Jacques Richter and Ignacio Dahl Rocha, RDR architectes is headed by a new generation of architects trained within the company, whose philosophy and values they share and promote, who are able to draw on a base of experience which has contributed to its reputation, while giving it a renewed vision.

Combining creativity and professionalism, the skills of RDR architectes cover the fields of architecture, urban planning, and interior design, mastering all phases of the project process, from preliminary studies to construction and site management.

Over the years, its teams in Lausanne and Buenos Aires have consolidated their experience of collaborative architectural practice, developing a wide range of projects – of various sizes, programs, and complexities – in favor of public or private mandates, acquired by direct order or competition.

The leadership of the Lausanne team is ensured by Kenneth Ross, Antoine Barc, Frédéric Comby and Hilario Dahl Rocha, while Facundo Morando manages the Buenos Aires team. Ignacio Dahl Rocha continues to guide and lead their architectural thinking, through his involvement in projects and his academic activities. The former partners, Jacques Richter, still active in the associative and professional world, and Christian Leibbrandt, continue to support the management with their advice and experience.

Comprising more than 15 nationalities, RDR’s teams perpetuate the multicultural character that contributes to the practice’s identity. This openness to the world underlines the current and future international vocation of RDR architectes. 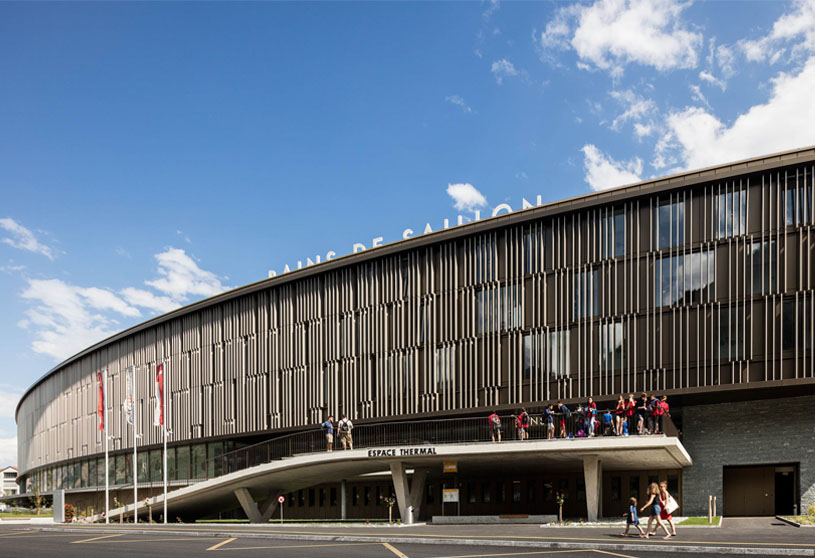