Excerpt: The House Between the Rocks Volax, designed by the architectural firm Aristides Dallas Architects, is a residence with no organized design. Site concept was followed for construction but instead, each part has been freely set in the space, in an almost anarchic way, as if it has fallen from the sky and it just stood there. In other words, as exactly it has happened to Volax volcanic spherical rocks.

[Text as submitted by Architect] Volax is perhaps, the most “authentic” location in Tinos; blatantly special and distinct, in a way that makes it, unique in Cyclades – or even the world. So, designing a building as a continuation or a complementary part of the overall grand picture of Volax, is a real challenge.

Respecting this landscape we designed 3 separate volumes around a central patio. These volumes house the main functions of the residence, and differ in height, dimensions, and materials. Their principal feature is that no organized design – site concept was followed for their construction but instead, each part has been freely set in the space, in an almost anarchic way, as if it has fallen from the sky and it just stood there. In other words, as exactly it has happened to Volax volcanic spherical rocks.

Equally typical is the northern side of the residence where we create a “limit”, an artificial protection of the space from the Northern Wind, a volume of apparent and non-painted concrete. The selection of this materiality makes the house seem also like a rock while in time, when the colorful concrete aggregates emerge to the surface, it will be totally integrated with the landscape. On the other hand, the selection of its shape, an oblong rectangle, manages to give prominence to the rocks “underlying” them and enhancing their sphericity, setting them in direct “confrontation” with its own linearity. In the internal part, the hard envelope “breaks” and becomes “transparent”, allowing the interior to become one with the exterior part.

In this way, the limitations of the “inside” and the “outside” become less and less apparent, while the interior space extend until the rock cluster, in the back of the land towards the village. 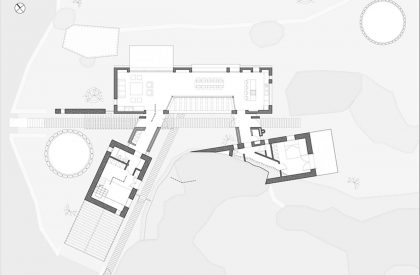 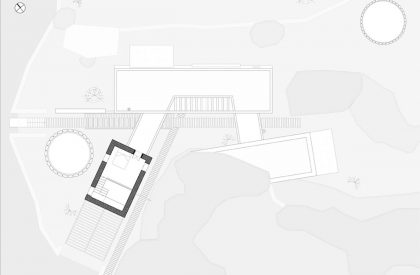 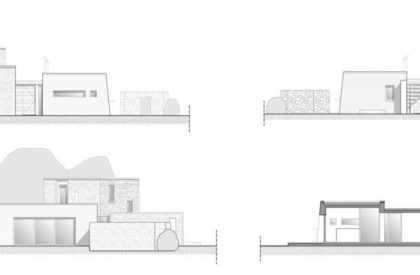 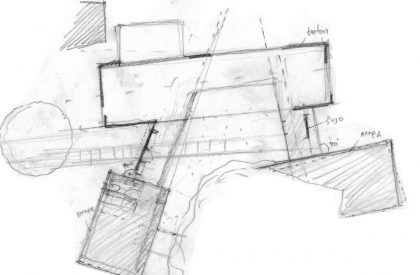 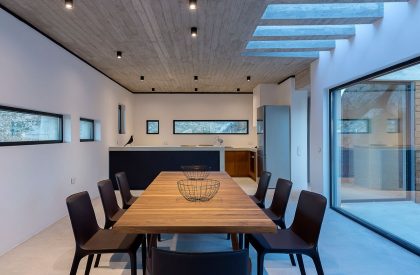 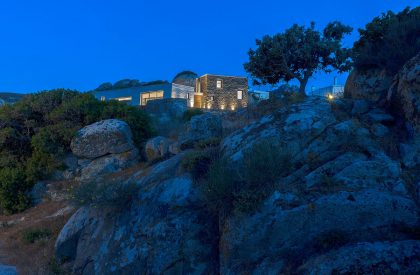 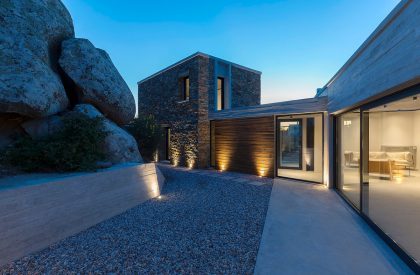 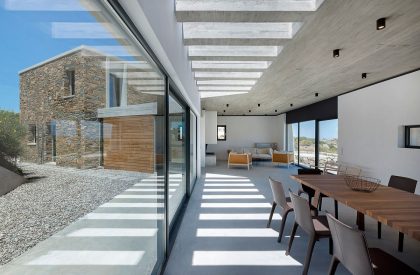 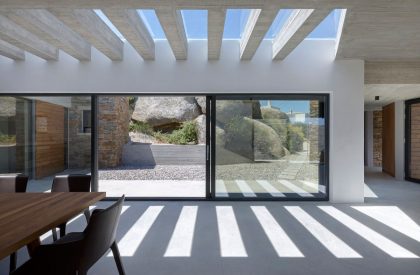 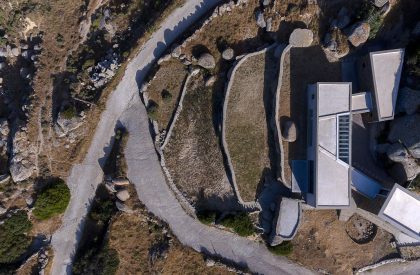 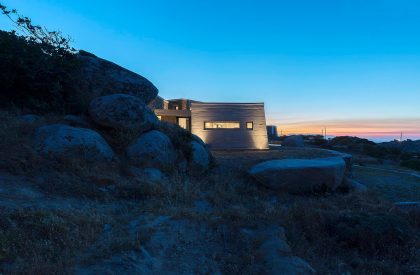 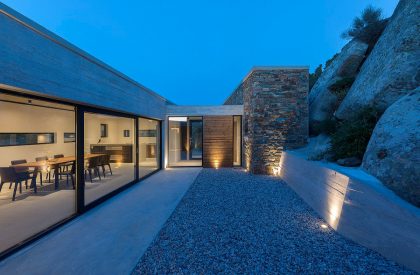