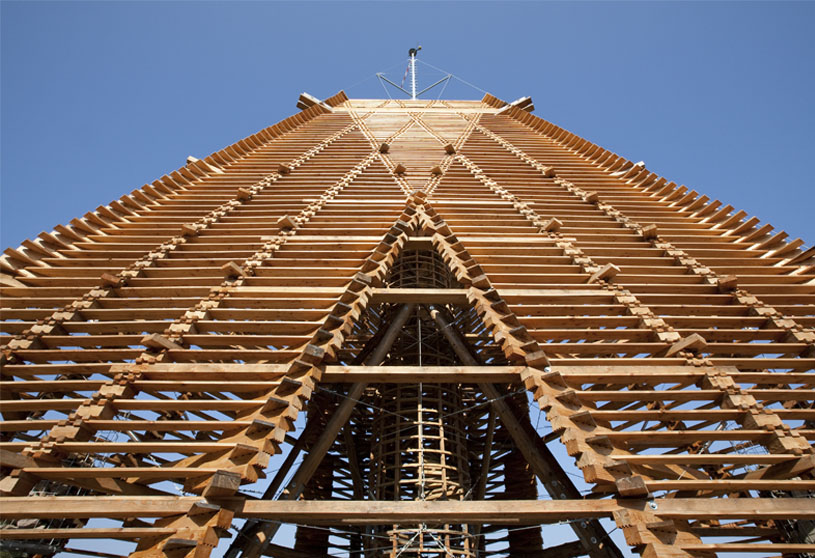 Excerpt: Bara Tower is a pavilion designed by the architectural firm HAMR Hut Architektury Martin Rajnis. An outlook tower in the shape of a truncated triangular pyramid, made from large planks with a minimum number of fixed joints, secured by metal tow bars. A circular oak stair provides the view platform on the convoluted steel pole rod in the tower’s middle.

[Text as submitted by Architect] The history of the tower Bára has got all attributes of a dramatic story. The Town council of Chrudim decided to build an outlook tower in the forest boundary, where the landscape provides a beautiful panoramic view of the surroundings. An architectonic contest was made, and Martin Martin Rajniš from the e-Mrak team marked the winning project.

An outlook tower in the shape of a truncated triangular pyramid, made from large planks with a minimum number of fixed joints, secured by metal tow bars. A circular oak stair provides the view platform on the convoluted steel pole rod in the tower’s middle. Upon the view, the platform is placed on a mast made of steel tubes with a flashlight.

Out-look Bára was festively opened to the public on the 21st of June 2008. Unfortunately, a massive storm swept across the Czech Republic just four days later, with the power of a tornado in some locations. One of them appeared in the region of Chrudim and caused irrecoverable damage to the new-built outlook. Whirlwind left nothing but a mass of wreckage a few meters from where the original outlook was placed. However, the citizens of Chrudim did not give up, and the decision to build a new one was made almost immediately.

On the 3rd of September 2009, the new tower – Bára II- opened. This new outlook is pretty much the same as the previous one was. It is just slightly lower and built to resist the wind with the power of a cyclone (approximately 200 kms per hour, in contrast to the previous one, which could withstand only 130 kms per hour). Bára II has more security components, including steel cables with tension varying every thirty minutes according to air moisture.

Viewing from the platform is usually the most exciting feature of the outlook. Still, Bara II has much more to offer. For visitors interested in technics, it has to be a pleasure to see the unique construction with several simple but clever details. Those who are more into philosophy could use the tower wall as a source of meditation. Variation of horizontal wooden lines and gaps between them makes a delightful view. The structure reminds of water clarification and creates an inferential optical effect, which is well known for its sedative action. 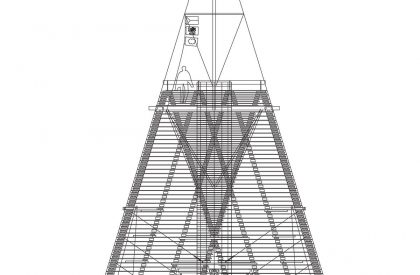 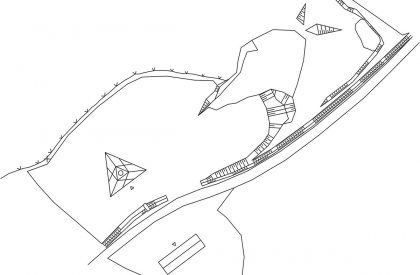 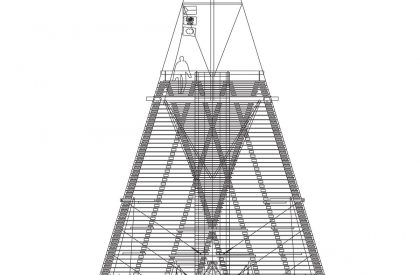 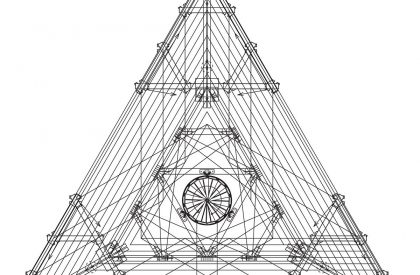 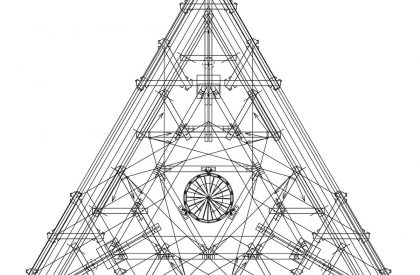 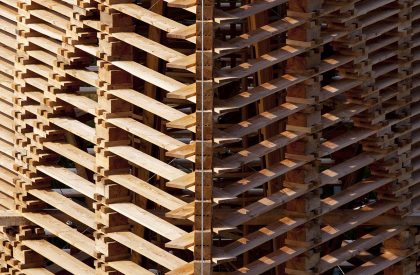 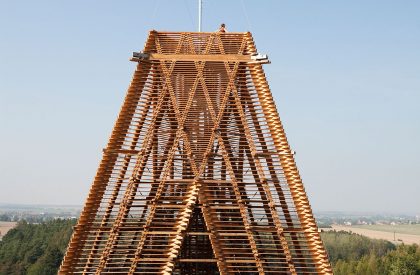 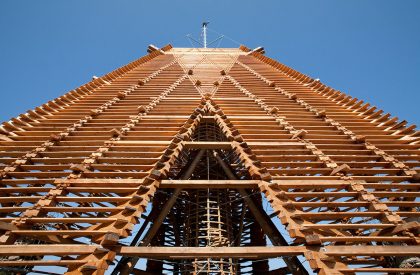 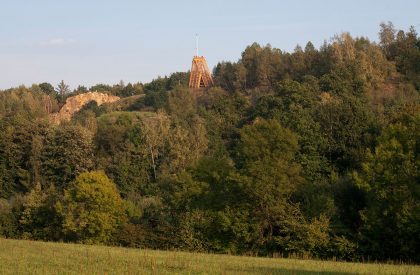 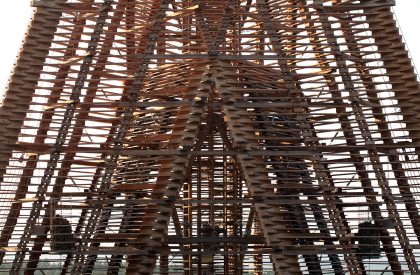 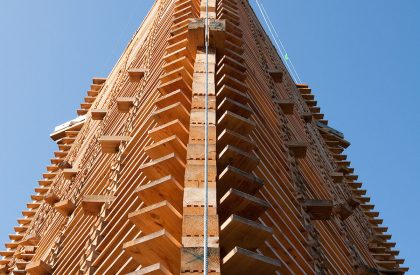 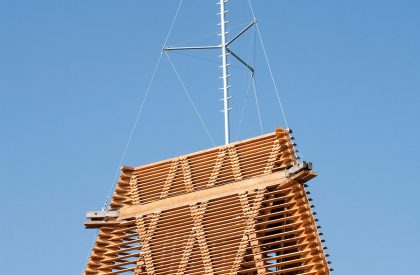 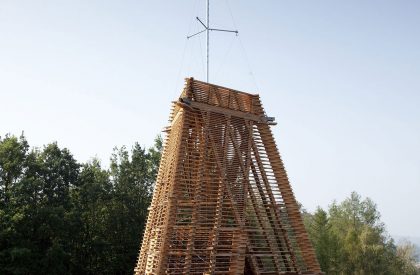 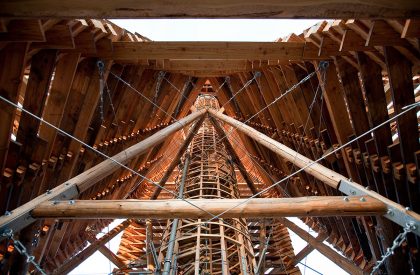 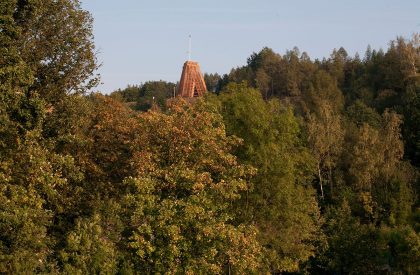 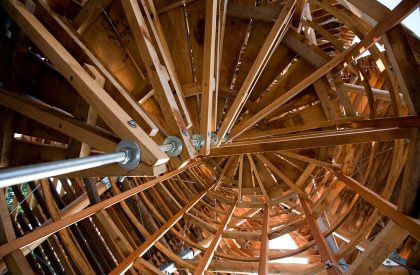 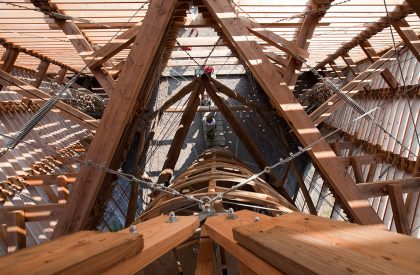 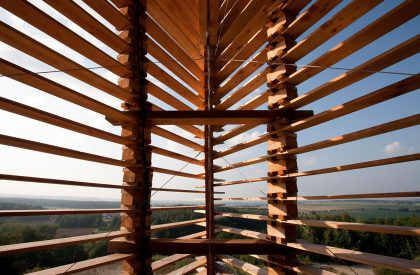 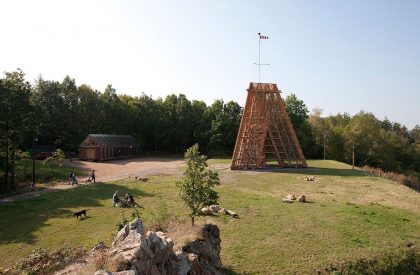 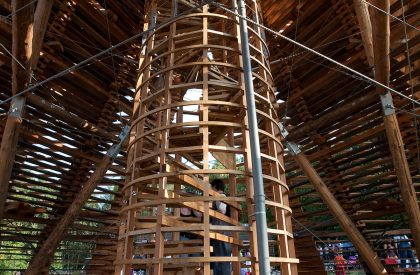 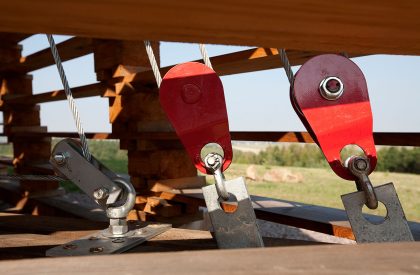 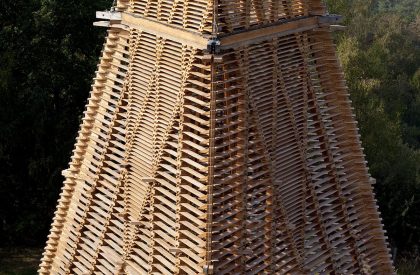