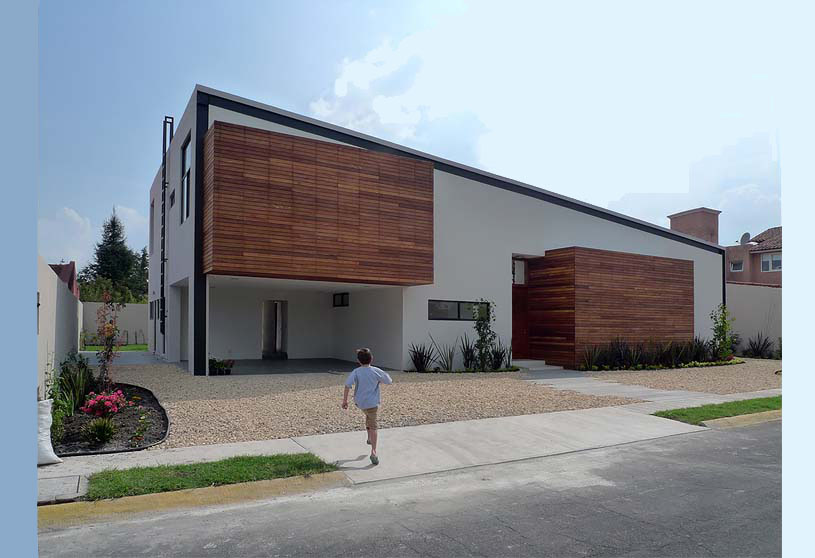 [Text as submitted by the Architect] Metepec has a contrasting weather along the day and year, very cold at night and in winter, and highly radiant at midday and in summer.  The area though close to the city of Toluca still has the flavor of Mexican countryside, emphasized by the presence of haciendas nearby.   Site restrictions demanded inclined roofs, materials from the area and considerable distances to the neighbors.  With this starting point the house became a clear free standing object in the land, with the potential to become a real gesture, a villa type house.

The house volume was opened completely to the garden at the south side.  The facade to the north remained largely closed, as well because this view is not particularly favorable.  To receive east and west sun accents, the volume was broken on both sides and formalized as boxes, either at ground or hanging. To make them more expressive they are cladded in wood. To receive more light in spaces close to the north side skylights were created.  The result is an ever changing interior, vibrant, warm and sunny.  The interior space as well became fluid and playful, with differentiated areas though with barely any wall on ground level.

Instead of repeating the neighborhood formula of multiple inclined roofs, a large single inclined roof embraces the broken volume in a single gesture, as well at the short sides of the house.  As the roof inclines down and compresses the interior, a one and a half level living room occupies the lower part of it.  The roof is made out of wooden beams at its interior and framed by steel in the outside. It overhangs at high level above a large wooden deck terrace with an outdoor chimney to enjoy the garden as well in cold days.  The steel beams in the outside follow the rhythm of the interior wooden beam construction.

Stucco, wood and steel are the main materials of the house, surrounded by a green and gravel garden with a stone pathway, stationary and fruit trees, ivy and plants of the region, still to grow. 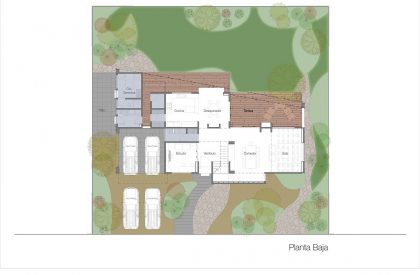 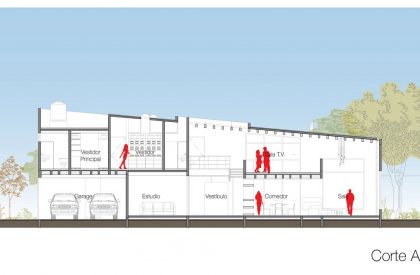 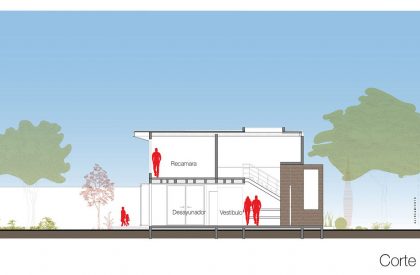 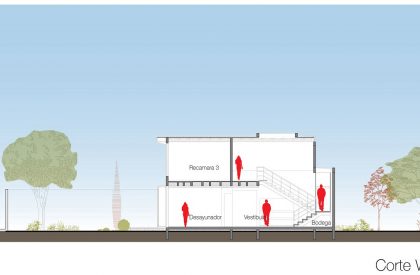 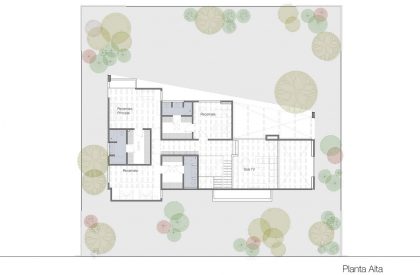 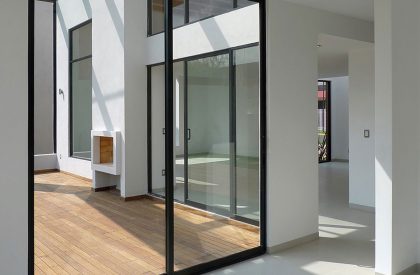 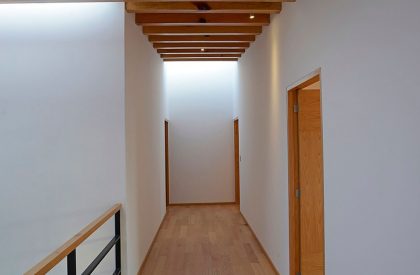 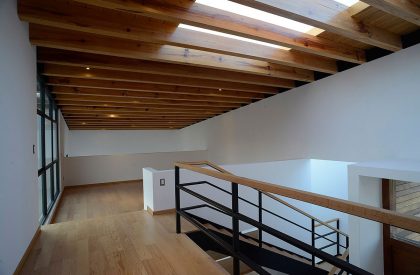 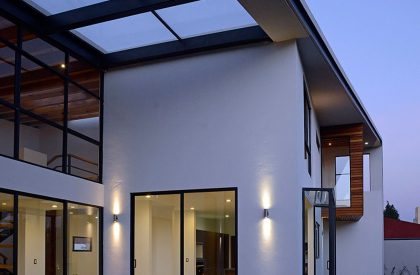 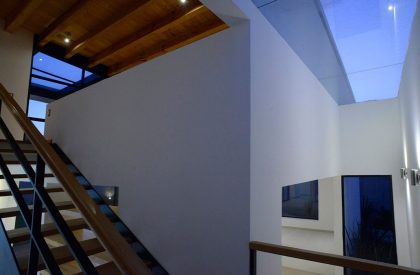 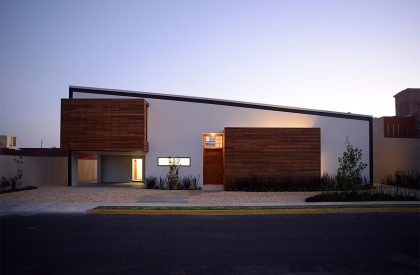 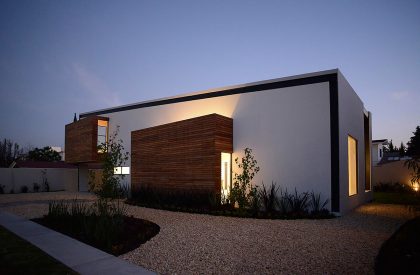 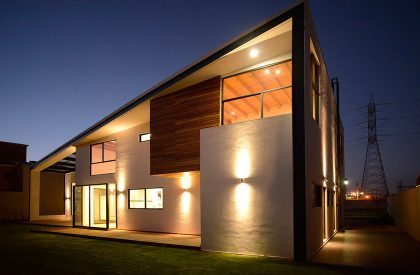 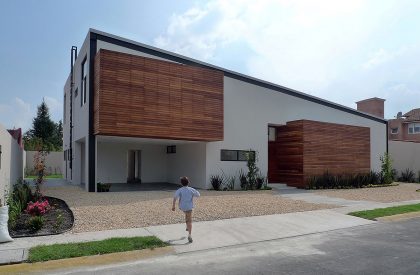 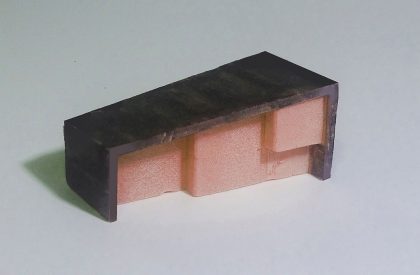 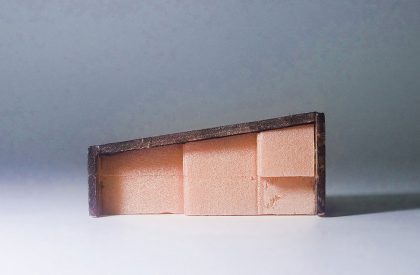 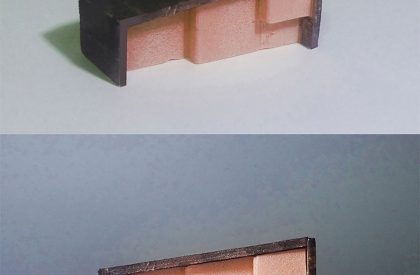 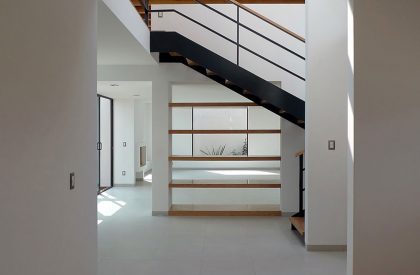