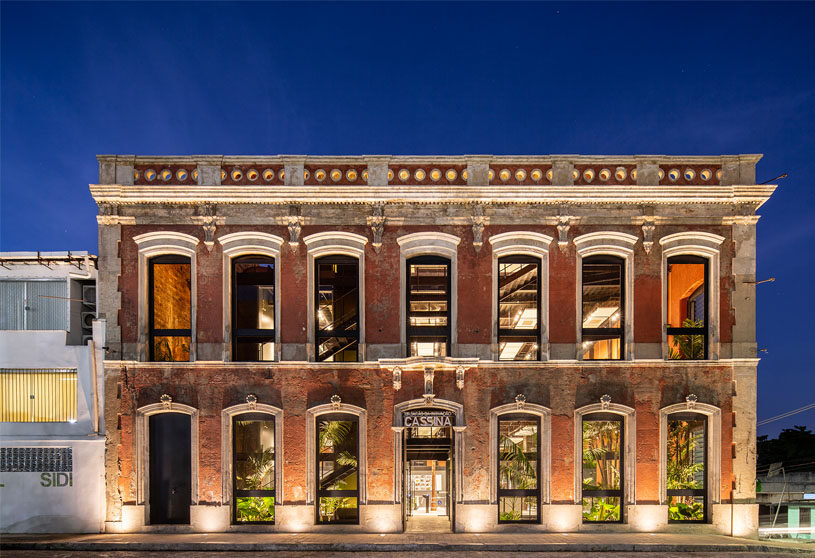 [Text as submitted by architect] The Cassina Innovation House is the newest digital technology center in Brazil and the inaugural landmark of the Manaus Digital Pole now under development in Manaus Historical Center. With 1,586 m2 spread over 4 floors, the Cassina is composed of several types of spaces to foster creativity and formal/informal meetings for the development of this new economy: multifunctional areas, lounges, meeting rooms, laboratories, training rooms, as well as a cafe / restaurant on the top floor with privileged views of the Historic Center and the Rio Negro.

Built in 1896 and ruining since 1960, the three facades, degrading for decades and taken over by vegetation, generated a powerful image that became part of the imaginary of Manaus inhabitants. The beauty of the ruin’s imperfection raises interest, questions and invites reflection on the past and the action of time and man in the city and on heritage buildings in general. The preservation of the ruined condition of the facades makes the intervention a true didactic manifesto: the building is the last representative in Manaus of a façade with plaster pigmented with a local red sandstone powder. In order to make this unique constructive technique visible and tangible for the next generations and to paralyze its degradation, meticulous restoration works have been carried out (cleaning, stabilization, consolidation, protection, etc.).

Related to the ruins imagery, the Cassina houses an exuberant and tropical garden right behind the historic facade that faces the Dom Pedro II Square. This garden is also the opportunity for whom access the building via the walkway crossing the void over the garden, to be reminded of Manaus intrinsic reason for being: the Amazon rainforest. This access area, with its lush tropical forest, associated with glass, transparencies and reflections, mixes the History of Cassina’s ruin with the Future of the Innovation House in a space associated with technology, virtuality, contemporaneity and innovation.

In terms of passive sustainability, in addition to the cross ventilation in all floors due to the reduced width of the building by inserting the tropical garden and its microclimate, the Cassina features a ventilated void between the roof slab and the ceiling of the restaurant in addition to large eaves in all directions, thus ensuring a thermally comfortable environment. Moreover, the East facade, which receives the rising sun, has received contemporary frames with tempered glass fins on the outside, in order to create a ventilated double skin facade keeping the heat out of the building. Summarizing, the Cassina Innovation House, through the insertion of a tropical forest and an industrial steel structure within the consolidated ruins of a heritage house, can be considered as the synthesis of Manaus economic cycles: the rubber era, its decline, the Industrial District era and the new digital economy era. 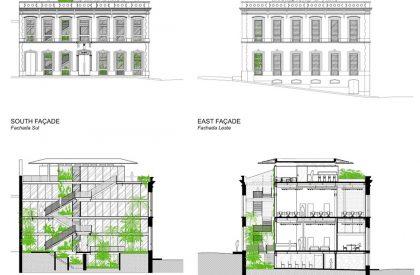 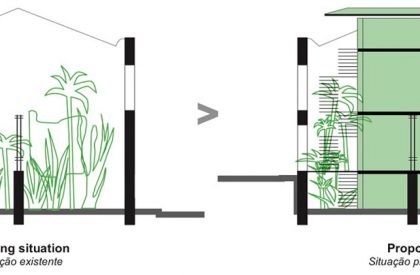 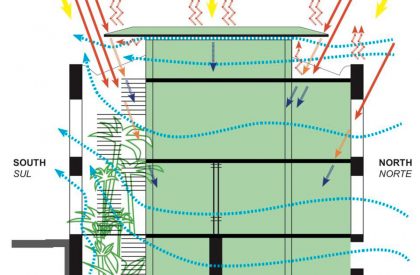 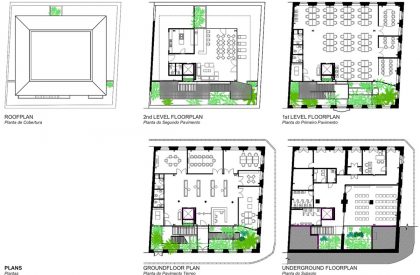 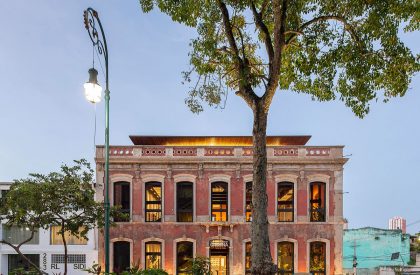 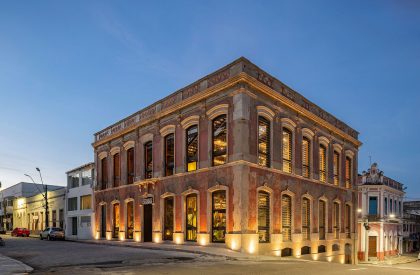 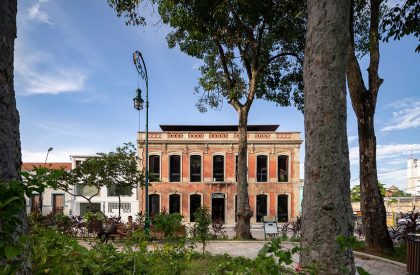 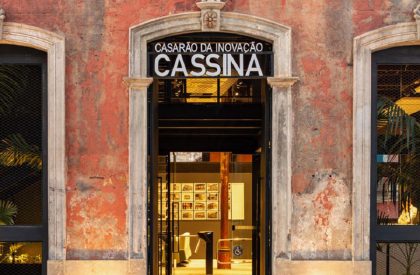 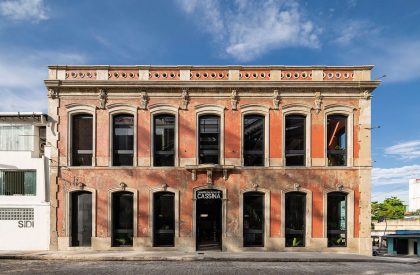 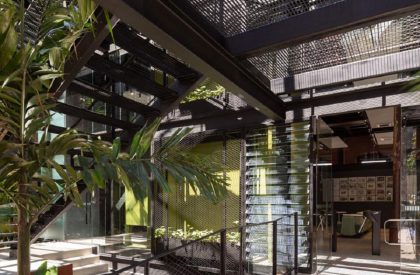 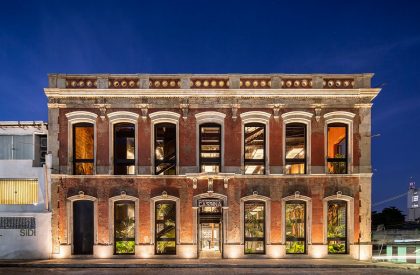 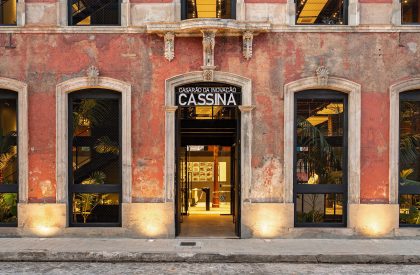 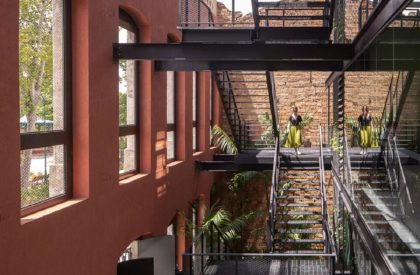 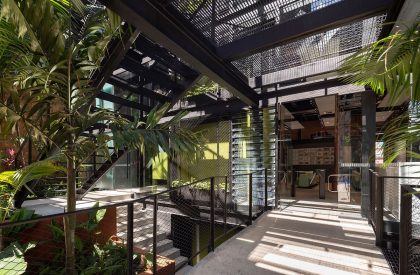 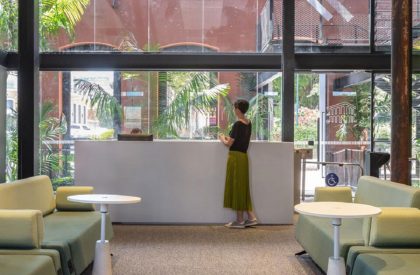 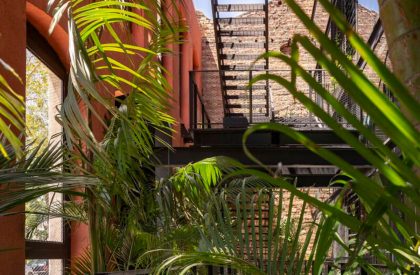 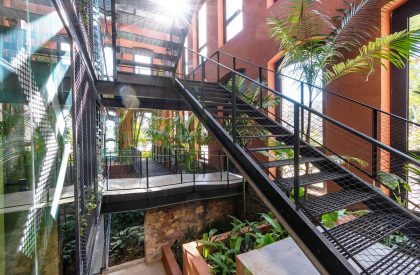 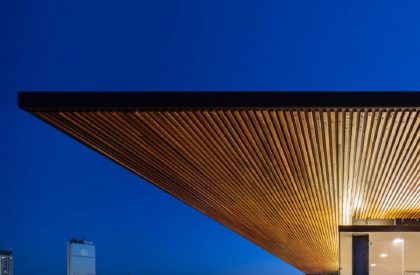 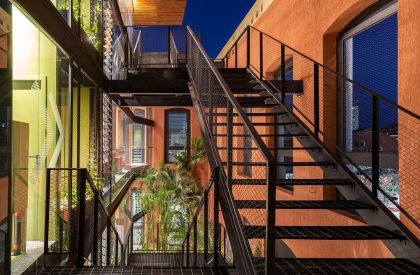 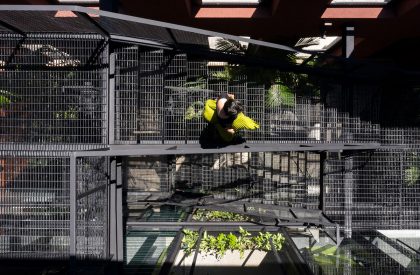 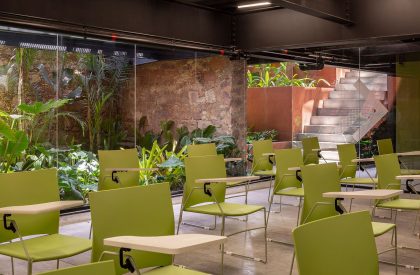 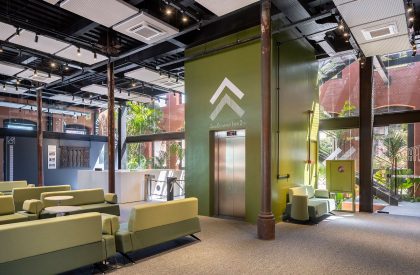 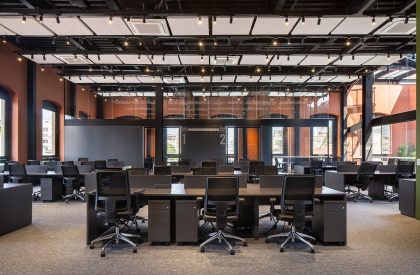 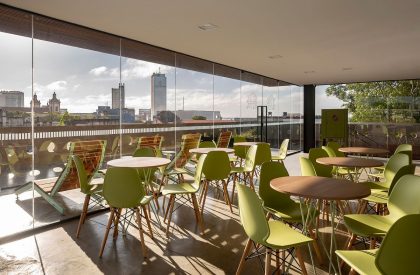 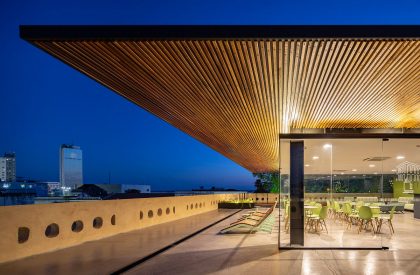