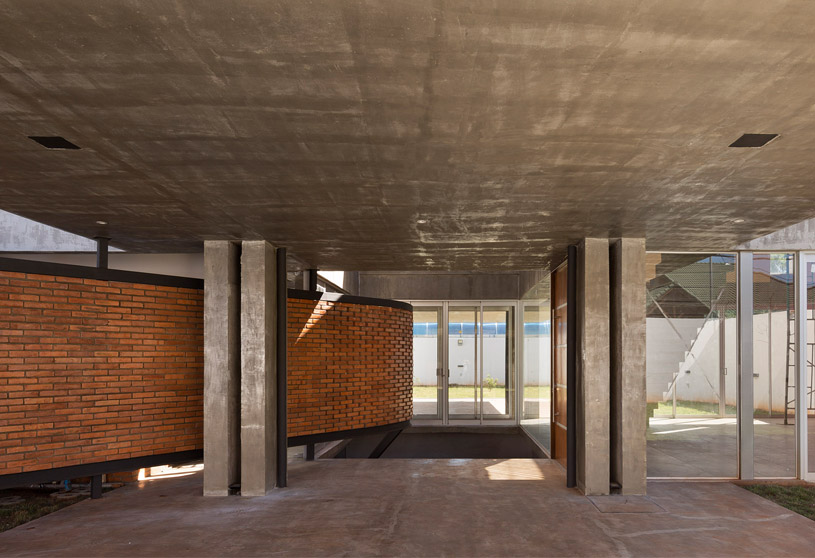 Excerpt: Crosshouse is a residence designed by an architectural firm, TDA in San Lorenzo. The principal element to develop was the full relation between the land and the first instinct was the desire to fly.

[Text as submitted by the Architects] This project found us focused on freedom and understanding it in direct relation to limits. When Sergio, a vial engineer contacted us to design his house. The principal element to develop was the full relation between the land and the first instinct was the desire to fly. The brothers Wilbur and Orville wright established that new and subtle relationship with the land until these days, to gravity attributed the greatest challenge within the material request that concludes a construction.

The idea of being suspended in the air has an inexorable duality, first, that intricated system of particularities that organizes, directs, and mechanizes the forces, and secondly articulates that mechanism in its relation with the ground, ¨the landing¨. With that reasoning, we summon the material generating an ingenious system.

With four central pillars, we define two elements, the main set of larger volumes and other transversal-like wings with a controlled magnitude. The singularity of the system radicates in the intersection of both blocks, which once empty, allows a vertical space to appear and creates interior-exterior relation.

The module consists of volumes of 7x7x2.80 meters, in both cases lengthwise to the land. Meanwhile, the main set and the transversal have 15x7x2.8 meters therefore the intersection of both empty spaces also occupants the 7×7 modules, but the triple empty height can shelter an interior garden with a traditional tree of the region called “lapacho”.

This generates a structural dilemma, to keep this system in a relationship cantilever, of 14 meters in between the suspended area and only 7 meters on the supported area, a constant tension system inside the upper beams (21 meters long of post-tensioned) was needed. From these upper beams, through rigid tensors, slabs are slightly supported in the area corresponding to the children’s dorms and the parent’s suite.

At the rate of 154 total m2 of the upper floor, having as a reference the 4000 kg. Of owned weight per m2, we are talking about 616000 kgs. Distributed in 4 pairs of 0.22×0.80 meters’ pillars. Great liberty, with low occupation. a lightweight ceramic screen, organizes the visuals, establishing a subtle veil between the kitchen and the entire ground area.

A house that is closed on itself, is materialized in absolute visual and spatial relation, multiplying the perceptions and deleting the pre-established limits. Perhaps living in the air can also be a solution to generate as much quantity of permeable land as possible, and this also allows the creation of a diverse garden. Only time will show us reality. We are convinced that the result is going to be positive.

1 who has the capacity of imaging or inventing with the combination of intelligence and ability, the knowledge and the resources available. 2 who has been created by the man with ingenuity. 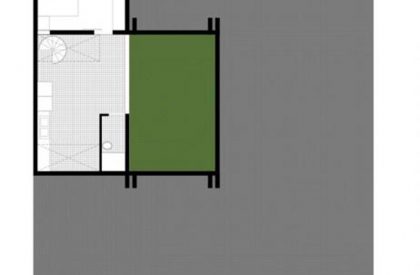 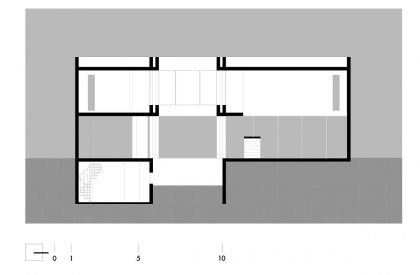 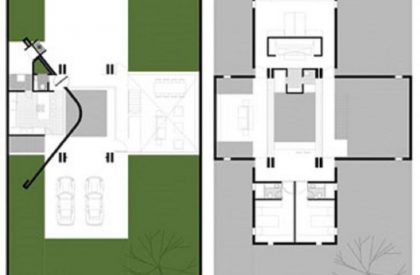 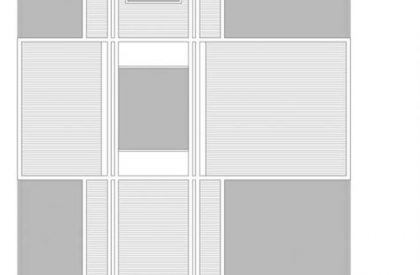 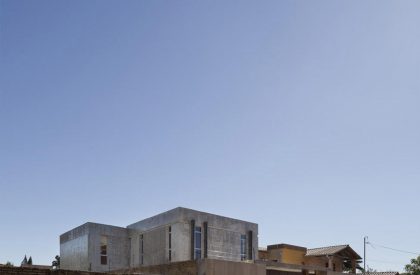 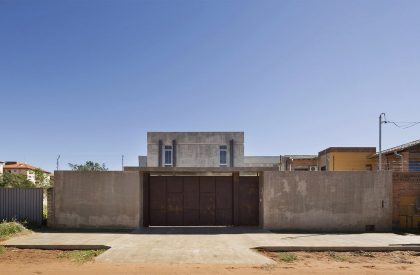 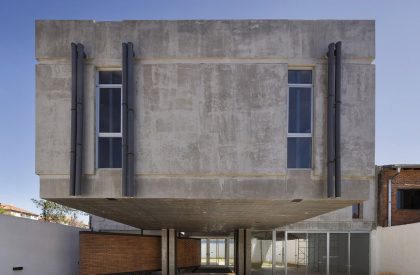 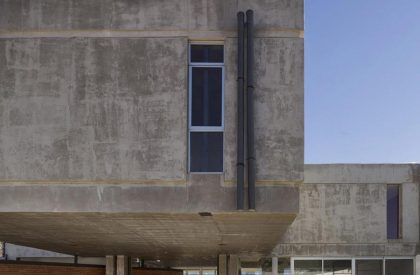 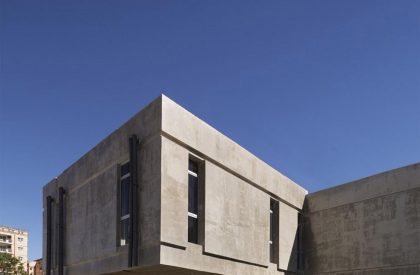 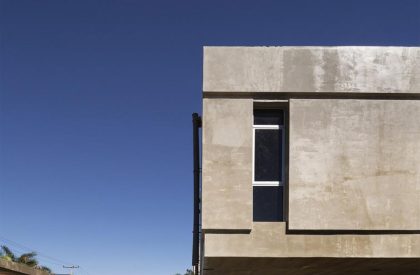 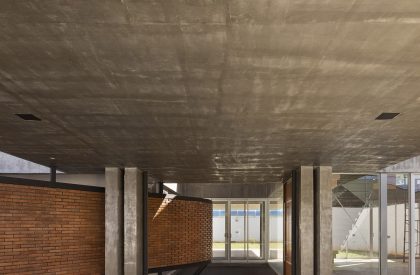 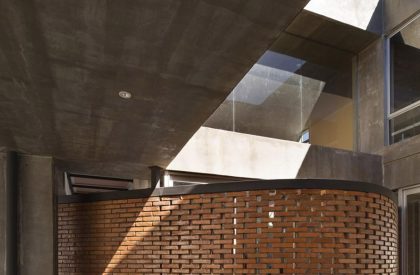 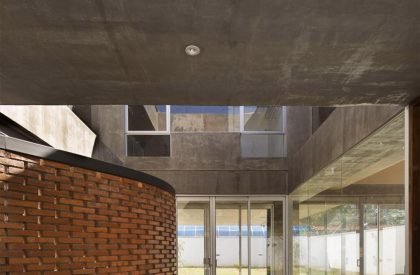 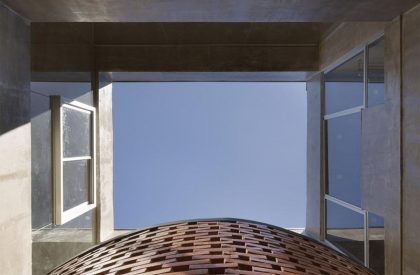 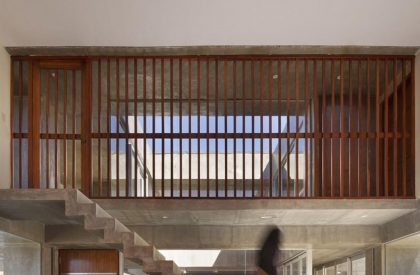 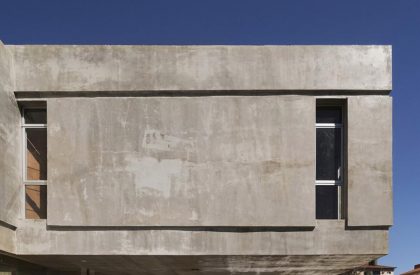 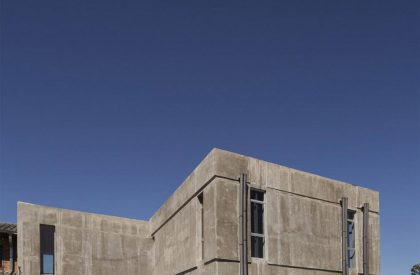 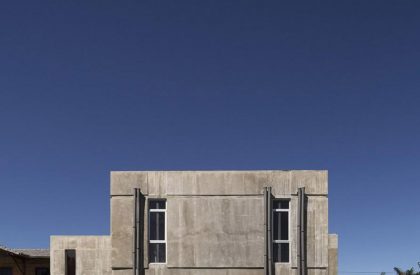