Excerpt: DS2 MADRASA, designed by DS2 Architecture, located in Bengaluru, India is a Mosque originally manifested for the purpose of charity: to provide shelter and education to underprivileged Muslim children from the local community.

[Text as submitted by the Architect] This Mosque originally manifested for the purpose of charity: to provide shelter and education to underprivileged Muslim children from the local community. The undertaking was initiated entirely by DS2 design studio in Bengaluru, in response to a growing need for a non-confirmative education system that would enable children to look out for themselves in the contemporary world. This was the fulcrum of the project’s intention, providing the studio an opportunity to be flexible in their design approach, as it remained an endeavour of personal initiation and involvement. A new curriculum of learning was conceived, of a progressive nature: merging aspects from both the traditional Gurukul, as well as the Arabic systems of education. Students reside in the Madrassa for the duration of their course, and are taught life skills, social studies and the study of Islam, along with its applications in everyday life.

Designed to be completed over a period of 36 months, the course accommodates a total of ninety students – thirty resident scholars and sixty day-scholars. This concept was well received, acquiring funding and support from numerous sources, thus allowing for a unified and conscious collaboration. The paradigms of our contemporary society are governed by individual affiliations to unique religious and economic identities, thus the determination from the architects and clients to unsubscribe from these ideals deserves commendation. However, the reimagining of the academic system could not simply be juxtaposed over the existing religious traditions of architectural expression, and in this manner, the architectural form of the mosque was reinterpreted to suit the new education and lifestyle programme as well as the aspirations of the people who would be the users of the space.

The deviation from the traditional architectural form of a mosque is done sensitively, exploring how architecture can reimagine established boundaries, while finding a contemporary voice that fulfils the aspirations of the users from the local communities. The programme-based approach resulted in an unassuming form with modest elements, anchoring the Madrassa to the honesty of the ideas from which it was conceived, without aestheticising it with highly decorative or embellished elements. Although the Madrassa also accommodates the sanctity of sacred prayer rooms, the remaining spaces are organised thoughtfully around them, taking into consideration the fundamental elements that Islamic spaces of worship should include – such as the Mihrab, denoting the Qibla wall, oriented towards the direction of Mecca, and a minaret from which sermons can be conducted by the Imam.

The structure consists of three distinct bays, designed such that each corresponds to a primary function – the residential and administration areas in the south, the prayer halls in the centre and the classrooms in the north. Each bay is crowned by a large, semicircular vault, externally dividing the form into its three functional units. A large courtyard flanks the bays on the eastern side, admitting a necessary flow of natural light and ventilation through the structure.

Constructed as a labour of love, every aspect of the design is curated to serve the children that use it. The lack of interior walls dividing spaces inside the institute, allows for the freedom of visual connectivity without any hindrance, as well as free flow of circulation. Every room offers a warm invitation, with breathable spaces that psychologically enhance the safety and security of its users. This act of resisting to build internal walls, holds within itself a metaphor for inclusivity and acceptance, fundamental ideals on which the project was based. 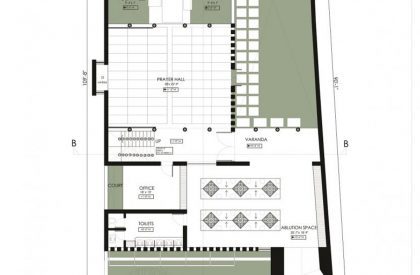 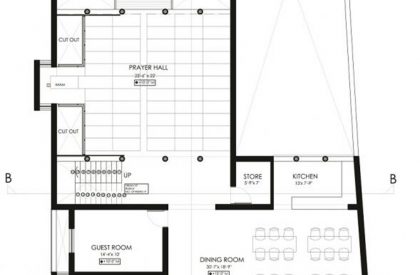 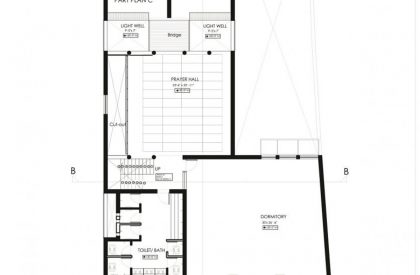 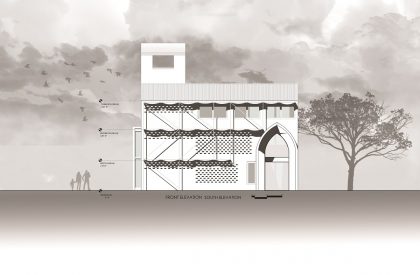 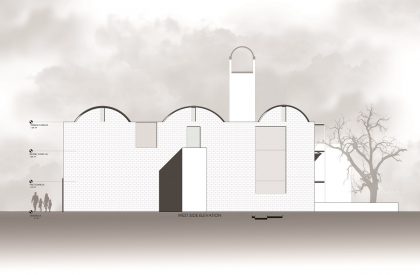 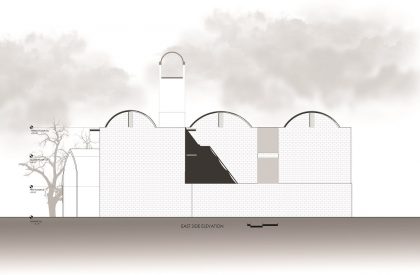 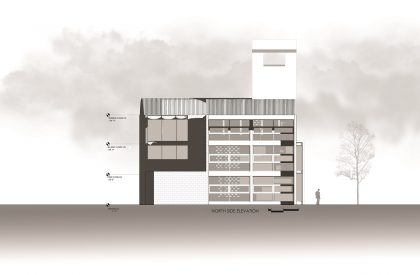 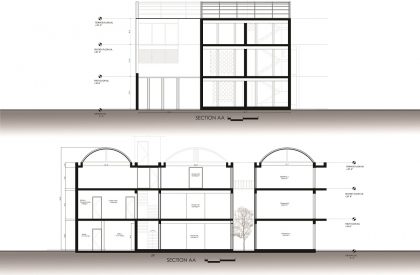 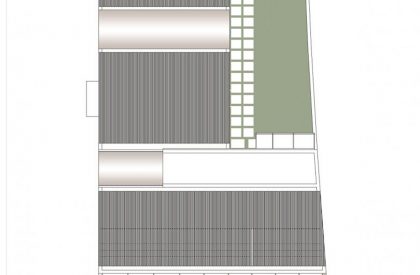 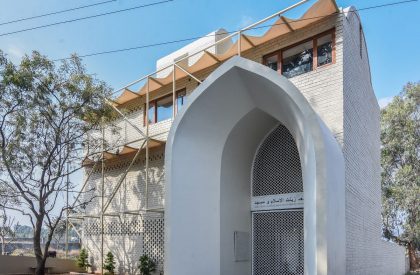 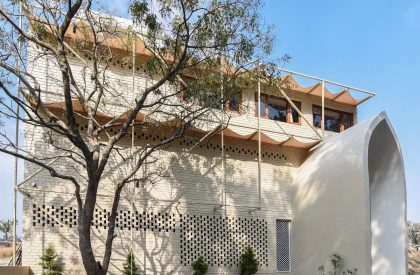 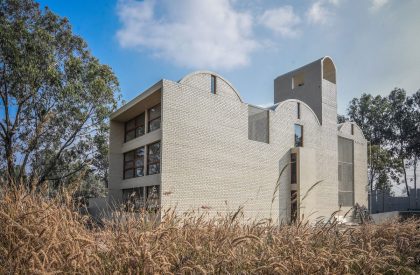 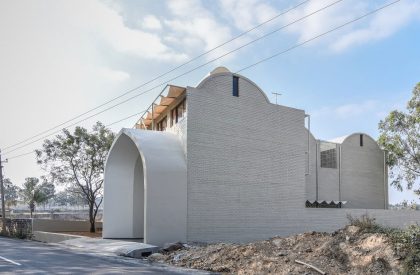 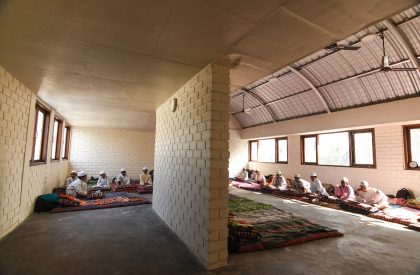 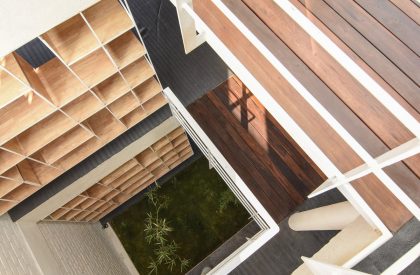 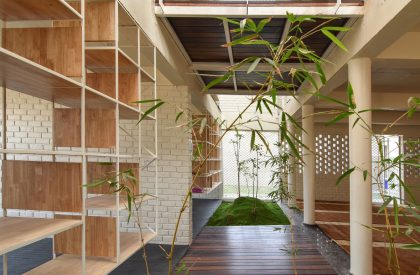 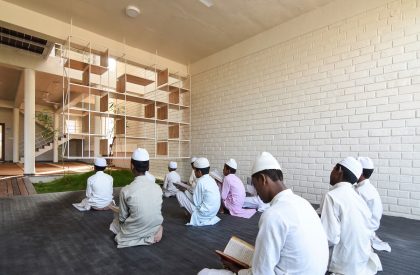 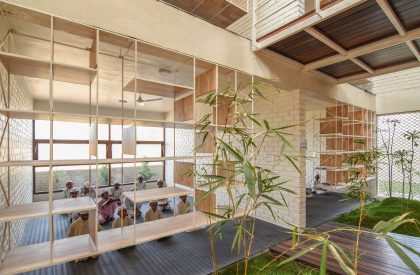 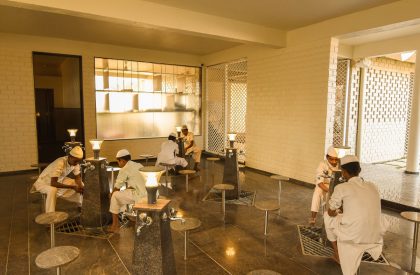 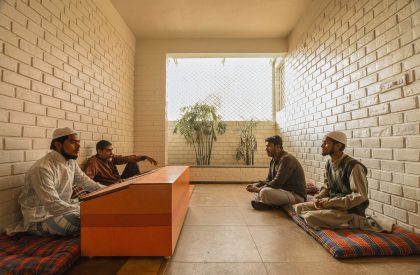 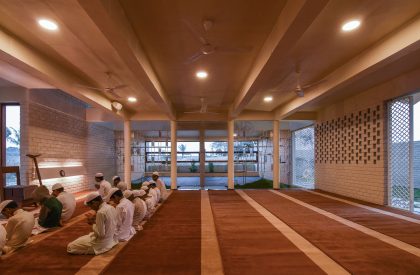 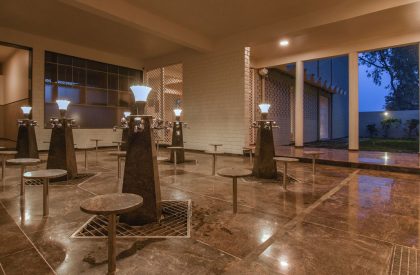 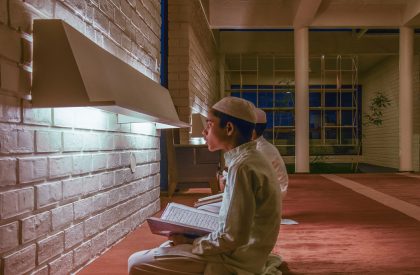