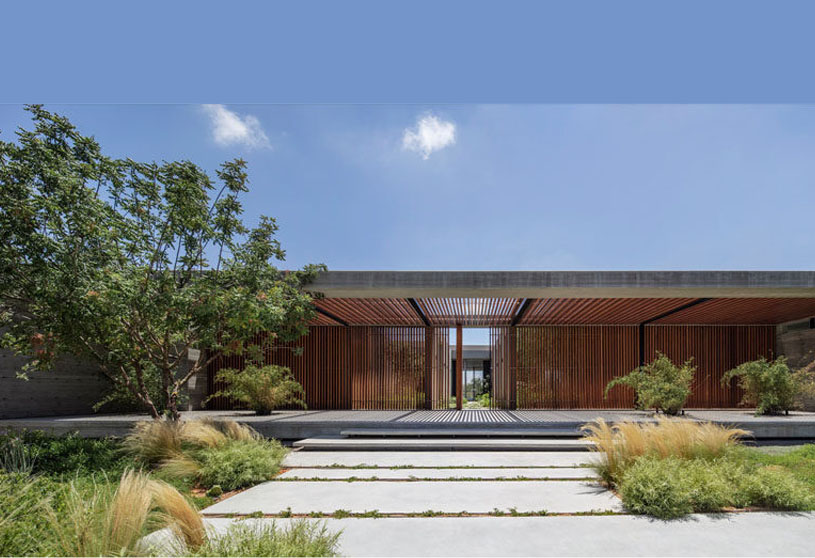 [Text as submitted by architect] The family who built this home wanted to create a relaxing, embracing environment which, while providing a view to the surrounding green, pastoral landscapes, manages to maintain a sense of privacy. The result – an impressive architectonic structure in which both demands were perfectly combined and met, enabling all family members to enjoy all aspects of their vision.

The house, which is located in the northern part of Israel, is built on about 10000 square meters land, 3000 out of which has been processed for construction (the rest being agricultural land). The built area of the house spans across an area of about 500 m2 and includes 7 rooms. The property includes a tennis court, along with an orchard and a fruit garden which blend well with their natural environment. The L-shaped structure of the building enables Dynamism and creates separation between wings. The large, lush courtyards which separate between the entrance lobbies and the house itself create an interesting play on space and dimension. There is a complete and hermetic bond between the interior space and the exterior of this home – while its wings are exposed to the outside landscape, natural light and fresh air, they are also capable of creating an embracing and intimate space.

The design was based on the concept of creating an element of surprise and curiosity within the space: this house does not reveal itself at once, but rather does so in a gradual manner. Upon entering the property, we are greeted by an atmospheric garden which can be seen through the house, but for those who approach it from the outside, still remains hidden behind decorative grille walls, which play a functional, as well as an equally decorative role. The structure is divided to 2 perpendicular wings: the first is shared, while the second is private. Most areas share a view to the external space. To enhance the experience while making efficient use of the property, we chose to embed patios and various small gardens within the structure. The view from these elements can be also enjoyed from inside the house. The structure can be somewhat compared to a swiss cheese that hides these elements within its “eyes”. For instance, the entrance lobby leads to a garden, while the front facade is in fact a grille wall made out of teak wood that hides all that occurs behind it.

The front facades of the house feature a precise geometrical design – it’s precision manifesting itself in plan as well as in execution. The dominant materials are concrete, glass and teak wood grills which break the massive look achieved by black steel columns and concrete, to create a colorful contrast and a characteristic rhythm that balance the overall structure volume. Among all these, the steel columns and concrete are used to separate a grille pergola, which adds interest and an additional visual element, and serves to “lighten up” the massive structure. 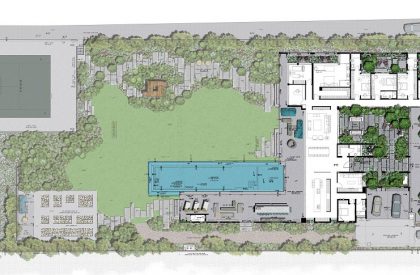 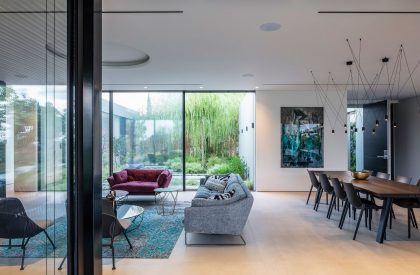 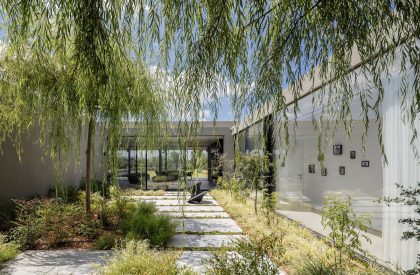 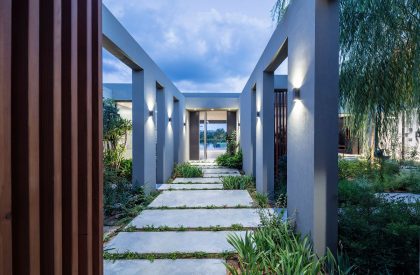 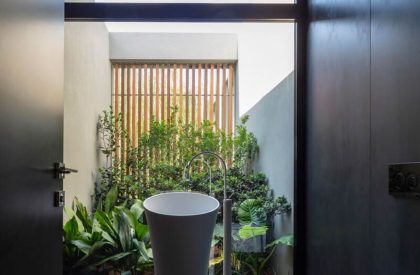 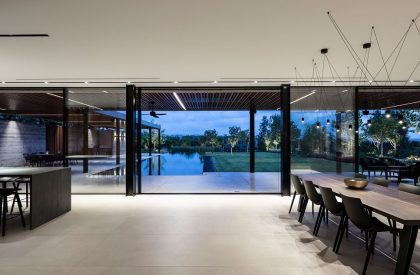 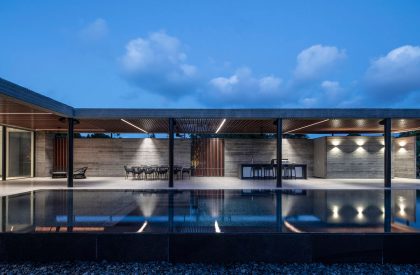 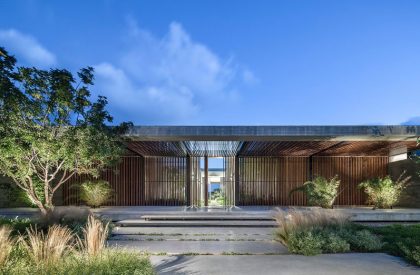 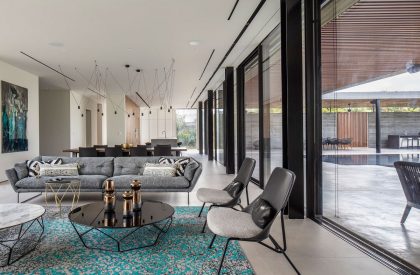 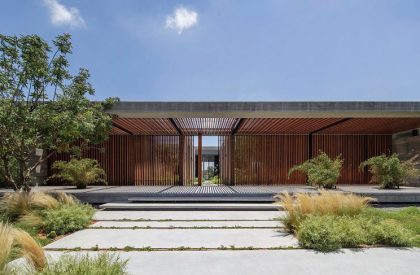 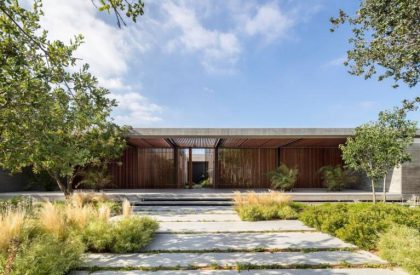 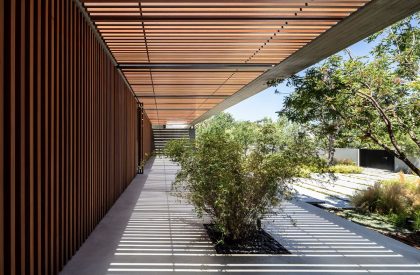 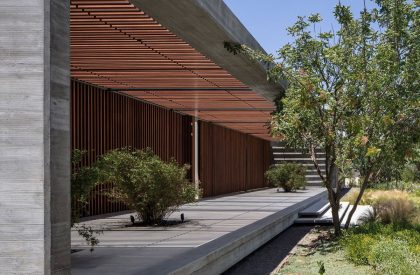 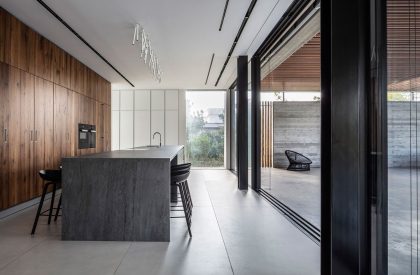 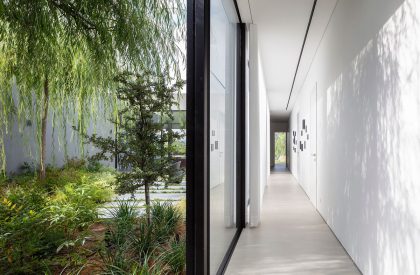 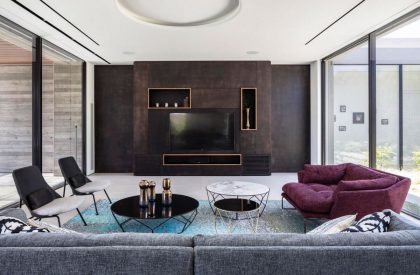