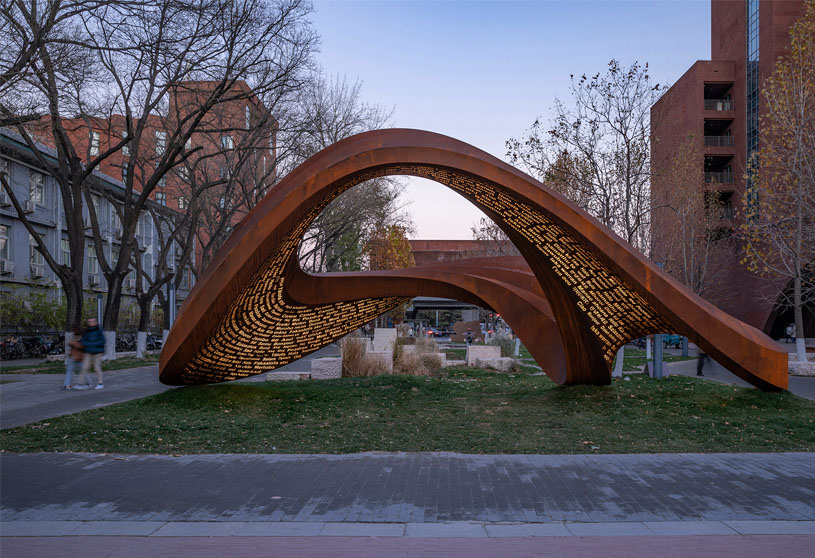 Excerpt: Endlessness is an art Installation by Field Confirming Studio, designed to celebrate the 80th anniversary of Beijing Foreign Studies University (BFSU), set on the central square in the West Campus of BFSU. The design concept of this work is inspired by BFSU’s mission and spirit – communication, exchange and connection, which are interpreted by the visual and spatial expressions of the installation’s form. The installation becomes a part of the wider spatial environment, and meanwhile shapes its own spatial realm.

The public art work “Endlessness” is created for celebrating the 80th anniversary of Beijing Foreign Studies University (BFSU), set on the central square in the West Campus of BFSU. Over the past eight decades, BFSU has cultivated a large number of excellent foreign affairs-related talents, including more than 400 ambassadors, and over 2,000 counselors, etc., hence winning the reputation of “the cradle of diplomatists of the PRC”. The design concept of this work is inspired by BFSU’s mission and spirit – communication, exchange and connection, which are interpreted by the visual and spatial expressions of the installation’s form.

The site is a rectangular green square enclosed by the gate of the West Campus and three main teaching buildings (Foreign Building, Germany Building, Domestic Building), and the installation is set on the west end of the square. During site investigation, we found that the campus gate and the opposite teaching building (Domestic Building) are not on the same axis but have a deviation of several meters, hence forming two east-west axes. This confuses people who enter the site, as they tend to feel that the Domestic Building is misaligned.

Such confusion provides cues for the formal design of the work. As a vertical structure would strengthen the misalignment of the space on the site, we adopted a horizontal form to blur the existing dual axes, and to let the work become a focus of contraposition.

After determining the basic form of the work based on the analysis and optimization of site conditions, the next step was to figure out the specific form and the spatial volume. In accordance with the intention of the work – to embody BFSU’s spirit of communication, exchange and connection, and with consideration into the site, we eventually decided to take oval shape as the spatial prototype.

The middle part of the oval is stretched upwards, forming an arched structure full of tension. The circular shape implies communication, connection and endless cycle, and the arches have a certain connection with the form of bridge, further embodying BFSU’s role as a communication bridge for foreign affairs and cultural exchanges.

The circular arched structure defines the installation’s exterior image and internal spatial volume. It’s not only for appreciation visually, but also provides a participatory and experiential space. The installation becomes a part of the wider spatial environment, and meanwhile shapes its own spatial realm.

To further enhance the work’s readability and intimacy, the inner surface is engraved with the daily greeting “Hello” in 101 languages, which echo BFSU’s 101 language teaching programs and convey its warm greetings to the world.

The installation is welded from 5mm-thick weathering steel. LED lighting is installed behind the characters, which reveal soft light at night. Weathering steel is adopted to echo the dark-red tone of the terracotta brick exteriors of the main buildings, so as to build a connection between the installation and its surroundings. Meanwhile, this material creates a magnificent image while also showing a dramatic tension and dynamism.

From technical perspective, the characters on the inner surface posed the greatest difficulty. From digital 3D modeling to manual production, it required collaborative efforts of the creators and producers to perfectly realize the design scheme. The greeting characters in 101 different languages help the installation build a connection with the special teaching programs of BFSU, whilst also giving the abstract design work warmth and a sense of affinity. 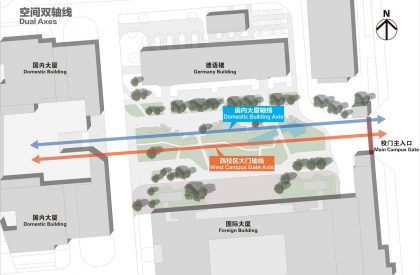 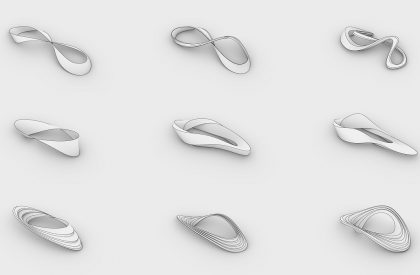 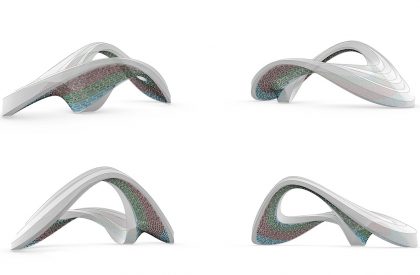 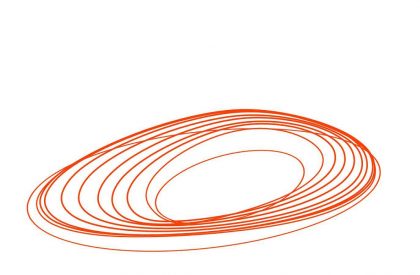 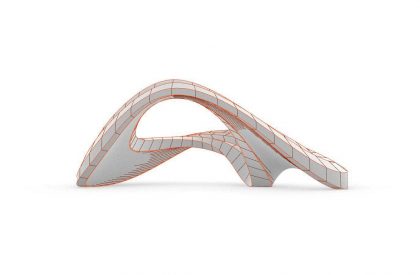 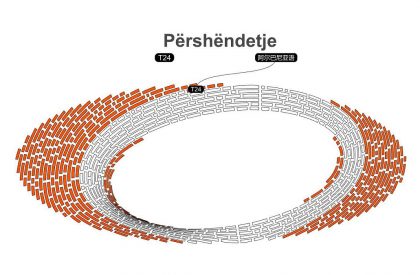 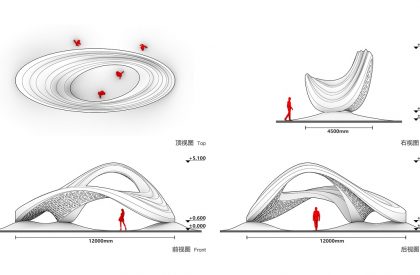 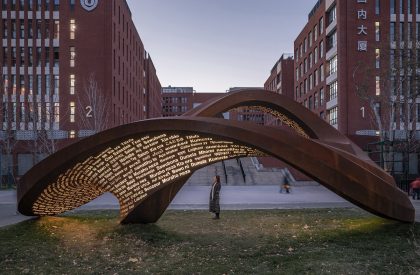 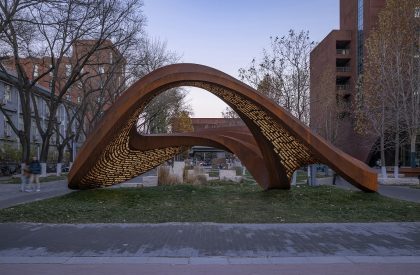 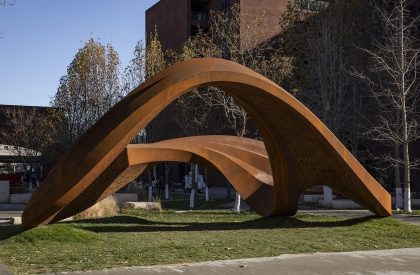 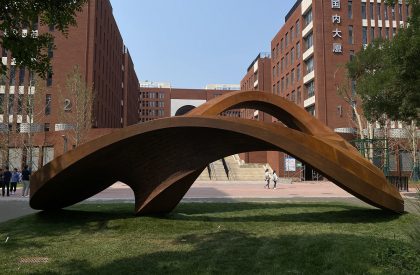 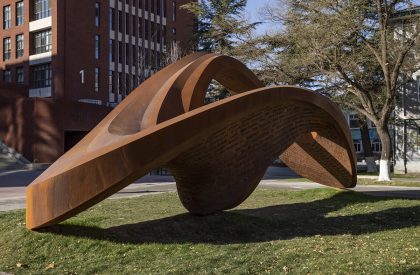 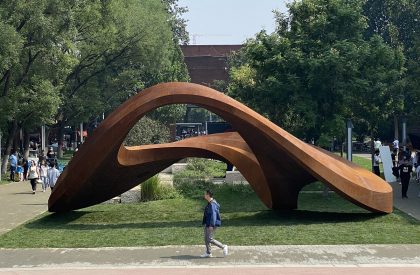 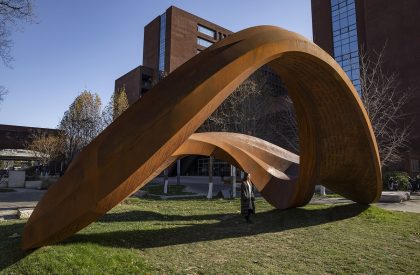 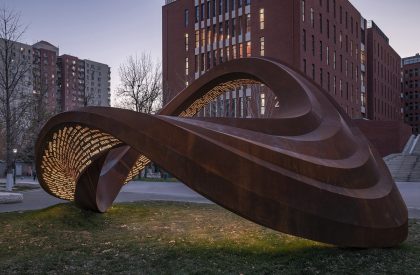 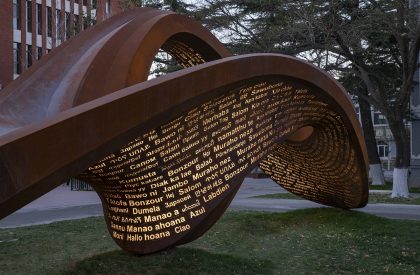 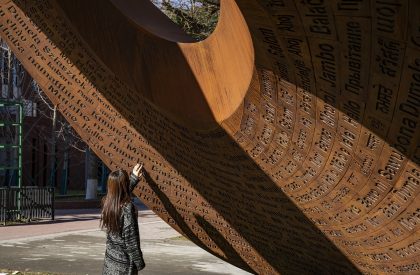 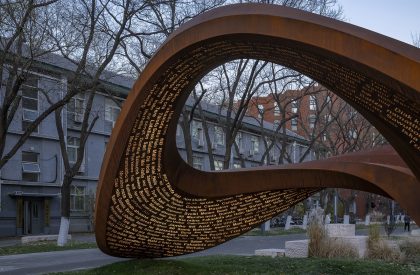 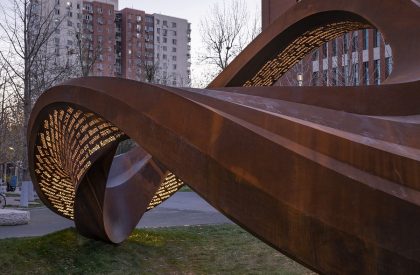 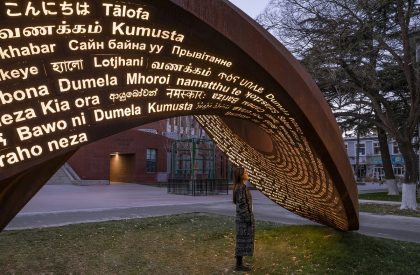 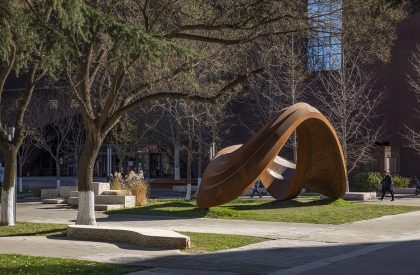 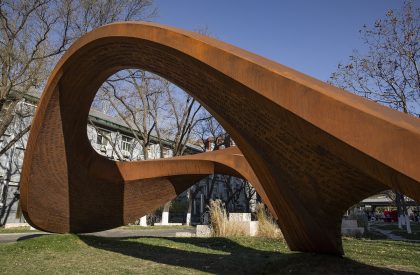 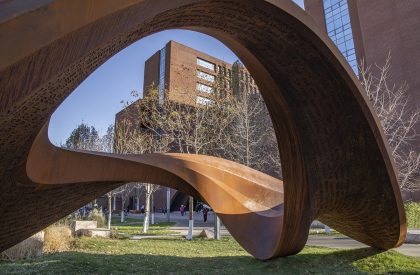