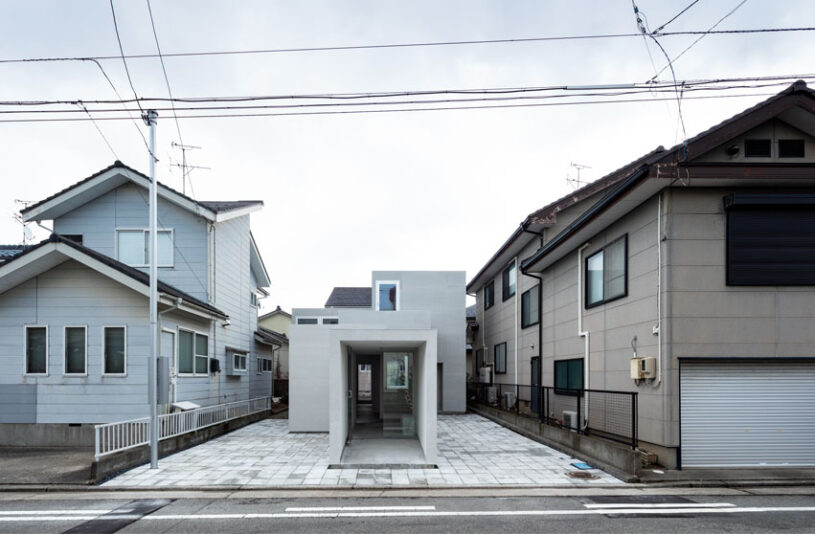 [Text as submitted by architect] A beauty salon in a provincial city.  The project took 8 months from design to completion. The site, about a 10-minute drive from the city center, is located in a quiet neighborhood that was converted to a residential area in 1927.  When we visited the site for the first time, we felt that there are many buildings in this area that are composed of multiple small volumes in an inconsistent physical scale, such as an entrance, a bay window, a terrace, a warehouse, and a garage.

In addition, although the buildings are reasonably tall, the streetscape has an intimate sense of scale because its composition allows the line of sight to pass through to the open sky. Proposing a simple shape for the building on this site, such as a cube, would have emphasized its formal symbolism and made the building feel awkward in relation to the city. Therefore, we devised the beauty salon in the form of multiple volumes that have the same physical and intimate scale as the surrounding environment.

First of all, we sought to create a space surrounded by soft and homogeneous indirect light because the program is a hair salon.  Since the site is adjacent to a road on the north side, the openings take full advantage of this aspect to ensure a soft and consistent light internally.  The site is long and narrow, and in order to obtain natural light at the back of the building, the shape of the building gradually expands from the front to the back, both in plan and elevation.

If we differentiate the program of a beauty salon, it can be divided into three categories: waiting, cutting hair, and washing the head.  Because the quality of light required for each of these three activities is different, we decided to divide the space into three separate zones even though they are one sequence.  Therefore, we created three volumes: a waiting room, a cutting area, and a shampoo area; two more volumes were added to the program: a staff room and a gallery.  The interdigitation of these five volumes creates a sequence of spaces, even though each space is divided from the next.

As a beauty salon, it is desirable to protect the privacy of its customers, simultaneously providing them with an appropriate sense of openness and security. In order to open up the building on a site surrounded by houses, it is desirable to have an alternative to connecting the inside and outside by transparency. Therefore, in this project, we tried to design a space that makes people feel as if they are outside even though they are inside by manipulating the building form. In this study, we formed the interior space by arranging five rectangles on the site, and at the same time, we tried to obtain a plane as gardens and a patio. There is no hierarchy, and both are treated equally. The scale and form of both the architecture as “figure” and the site as “ground” are considered to be similar. As a result, when people walk through the interior space the “figure and the ground” are reversed creating the illusion that the interior and the exterior are interchangeable.  Occupants are given the impression that they are walking along a path between the buildings, like a passage. Through the manipulation of form and the interdigitation of volumes, the boundaries between interior and exterior, architecture and context, become blurred. 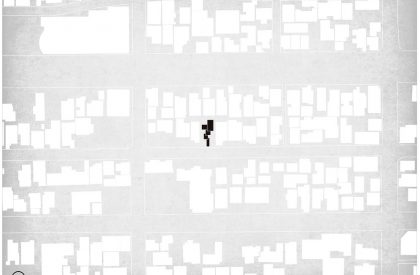 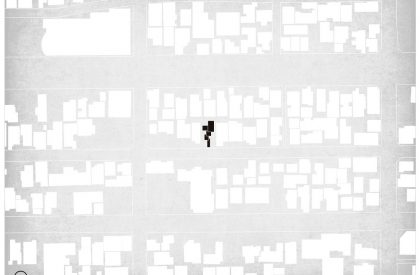 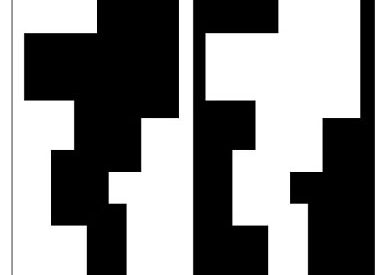 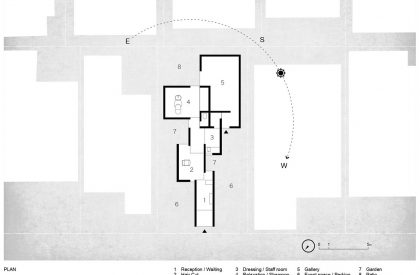 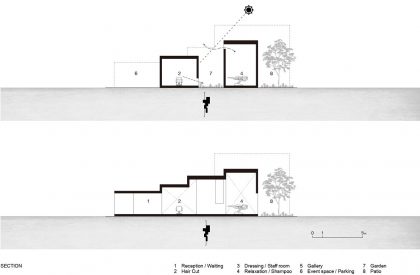 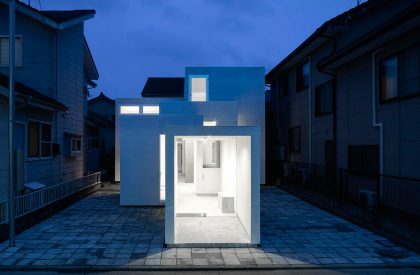 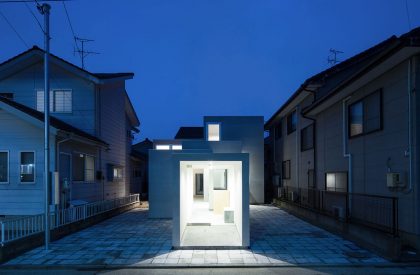 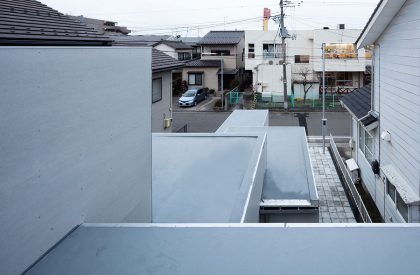 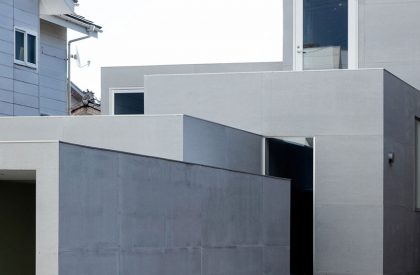 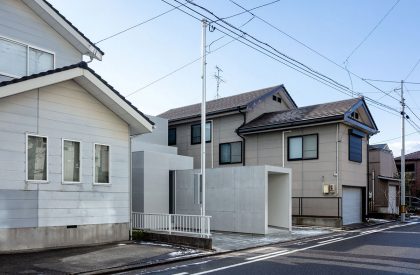 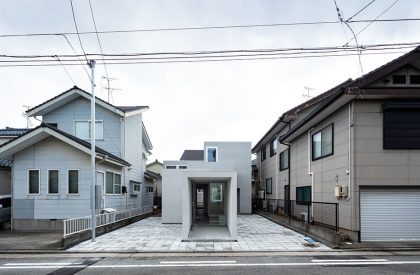 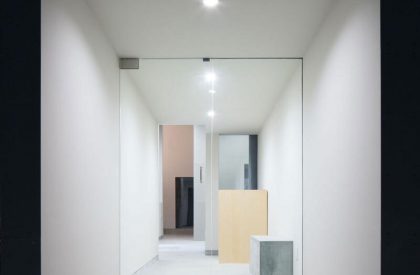 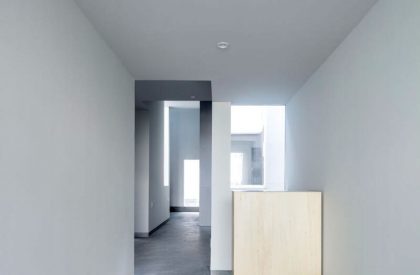 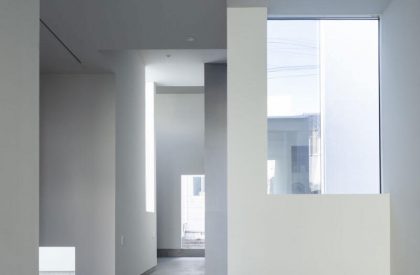 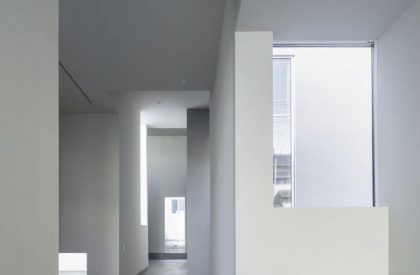 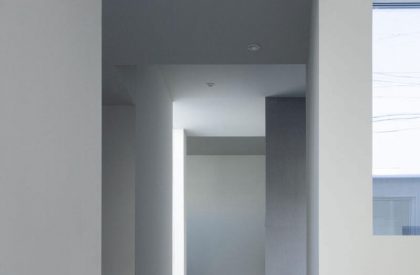 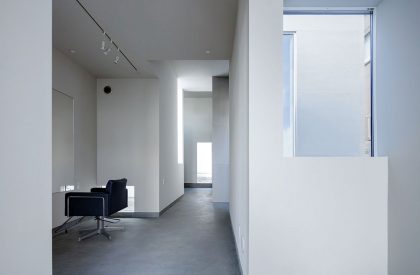 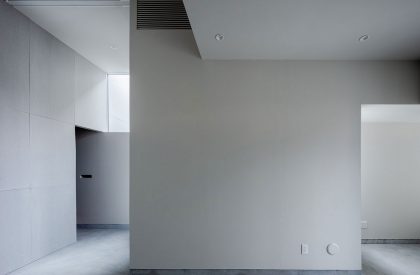 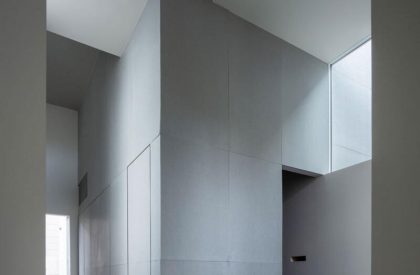 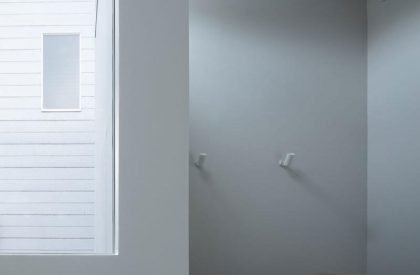 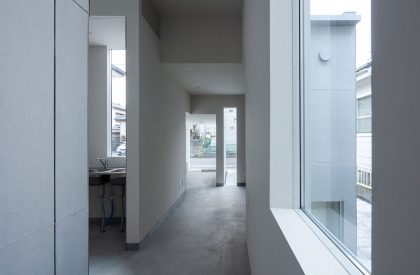 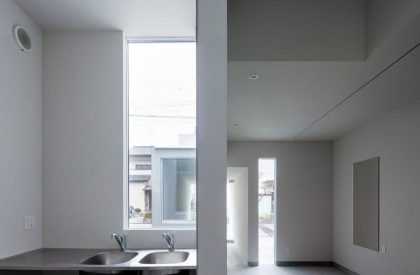 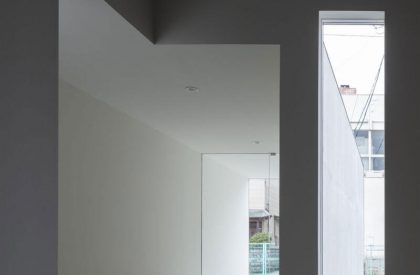