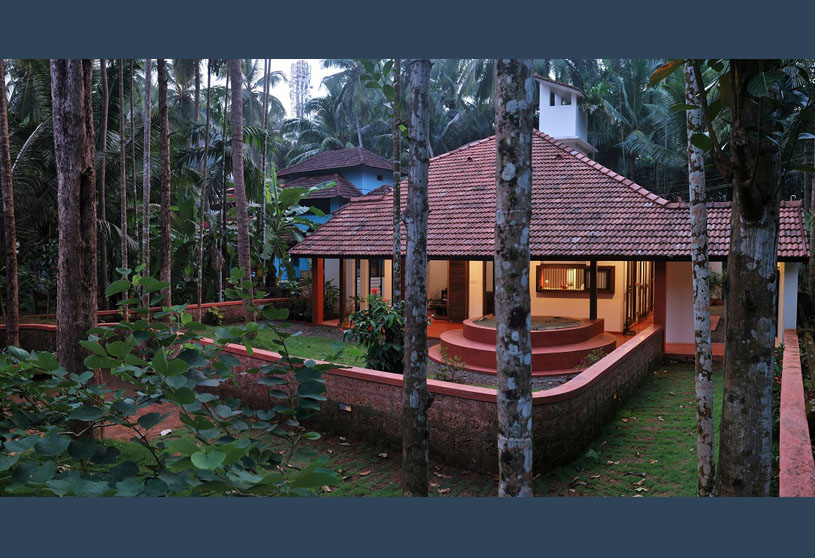 Excerpt: Kaawi House, designed by Girish Dariyav Karnawat, Architect, is guided by the need to keep the original plan and to preserve the charm of a traditional Kerala house. The finished double-storey house was built with laterite. What started as a renovation turned into a complete architectural intervention with interior design, furniture design, and landscape! It was transformed spatially through restoration, renovation, and addition. A house that was formerly introverted and closed was transformed into an open, airy, and seemingly spacious home.

[Text as submitted by Architect] The site is nestled between trees of the Kavungal area (abode of snakes) which was traditionally considered the sacred space of the Taravad (ancestral house). Around five decades ago, the first plan for the house was marked out in the centre of the plot. Later, in order to accommodate the possibility of another house, the plan was moved and re-laid. The finished double storey house was built with laterite. In 2014, the children of the owners wanted to refurbish the house without changing the plan, as a gift to their parents.

The design intervention was guided by two factors: i. the need to keep the original plan ii. the need to preserve the charm of a traditional Kerala house.

The existing plinth was accommodated without modification. What started as a renovation, turned into a complete architectural intervention with interior design, furniture design, and landscape! It was transformed spatially through restoration, renovation, and addition. A house that was formerly introverted and closed, with fragmented and spatially disconnected rooms – isolated from their surroundings; was transformed into an open, airy, and seemingly spacious home. Verandahs that were added around the existing shell create a space to pause and transition between outside and inside. Further, they tie the house together while connecting it to the landscape.

The key modifications were:

Nearly 60% of the material from the old house was recycled. Existing small sections of wooden battens were recycled to make the louvered doors that support the climate of Kerala. Coconut wood from the old rafters and from coconut palms that were cut to build the verandahs was used to make loose furniture.

Considered outdated in today’s time, traditional red oxide or ‘Kaawi’ was used to finish horizontal as well as vertical surfaces. The use of ‘Kaawi’ adds a sense of humble sophistication. ‘Kaawi House’ gives itself to the changing seasons. Accumulating patina and refining its grain a season at a time. 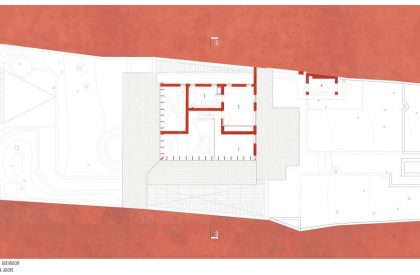 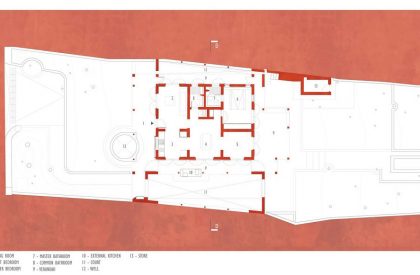 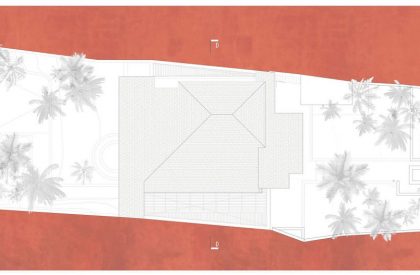 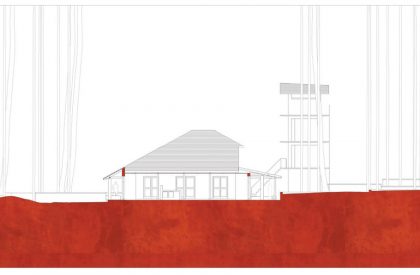 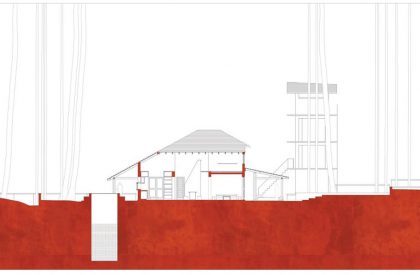 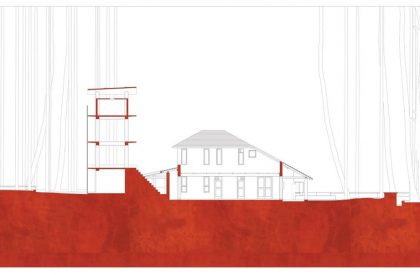 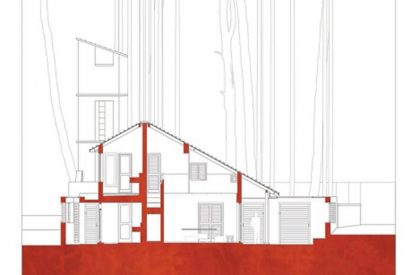 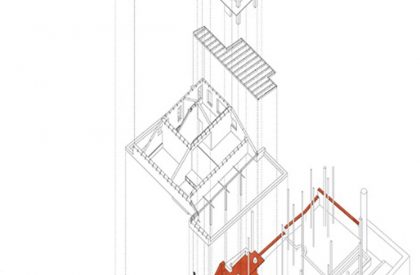 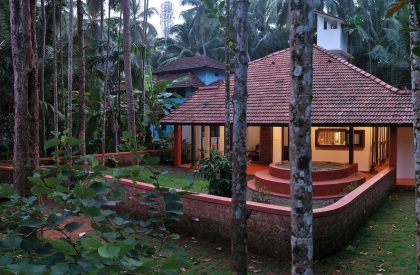 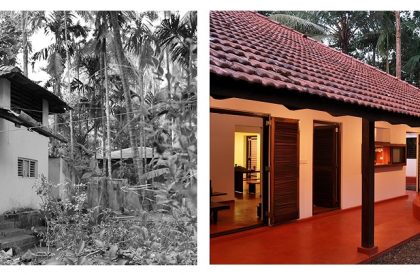 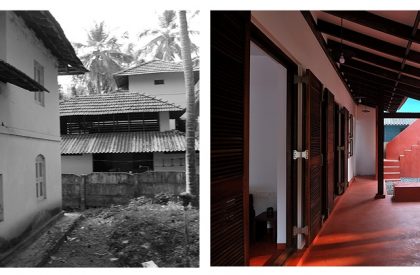 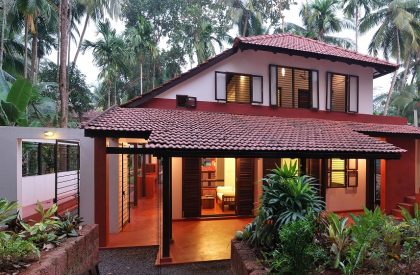 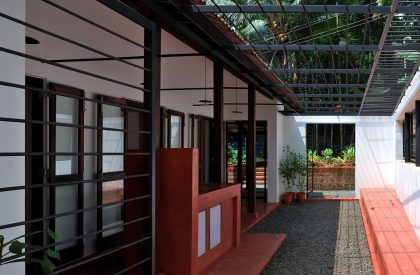 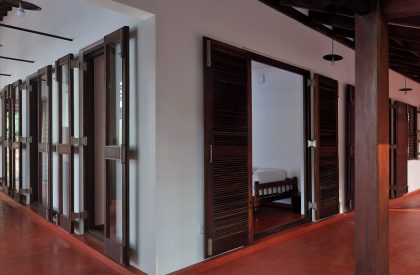 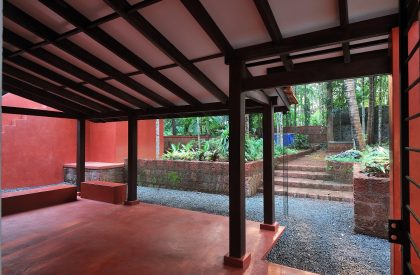 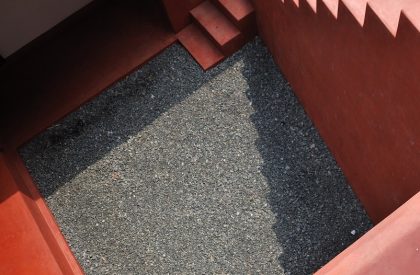 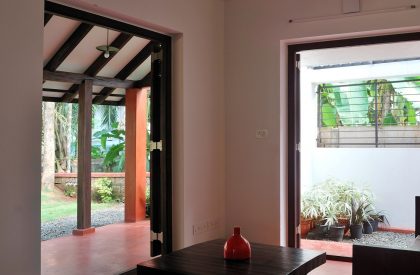 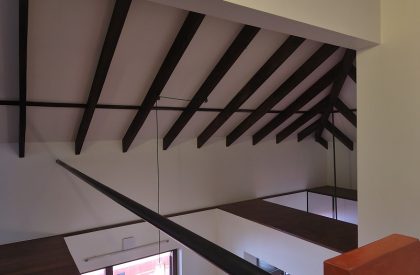 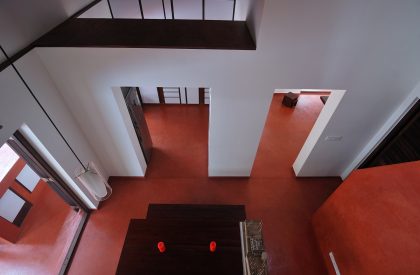 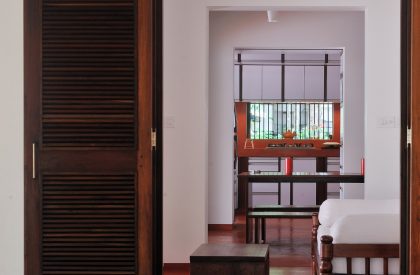 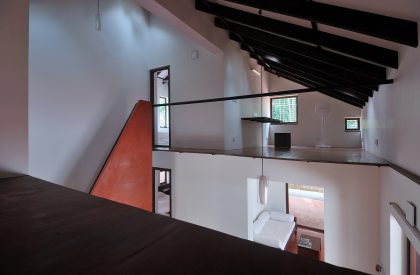 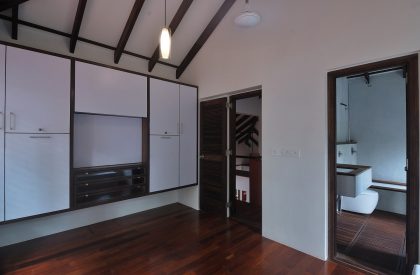 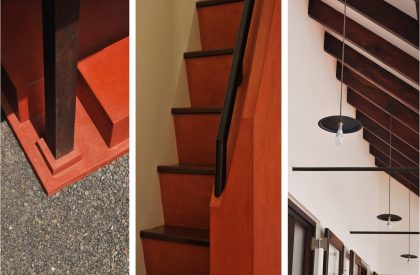