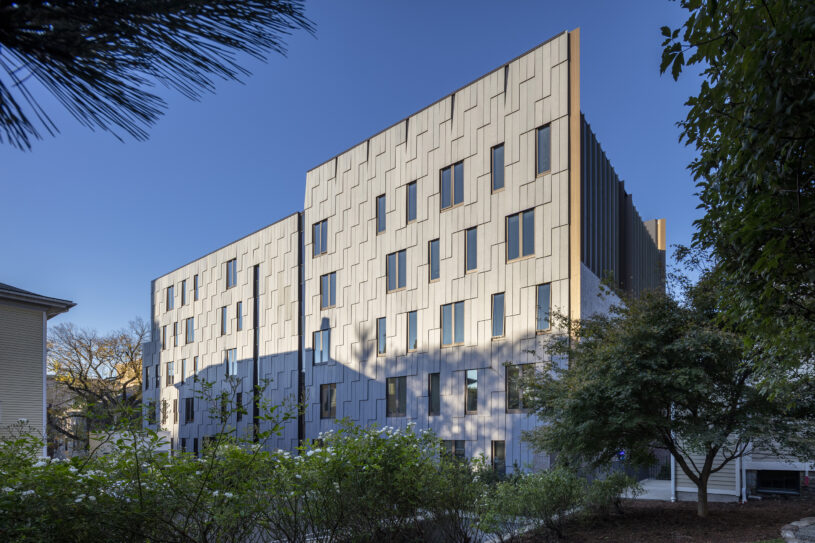 [Text as submitted by architect] One of the most characteristic spaces of Providence is the RISD Beach with Pietro Belluschi’s perforated brick façade giving an abstract perforated front to the one public space that ties the Quad to the downtown sphere. It is this brick that has become the tectonic glue to the site, having the ability to ground the extension up the hill towards Prospect Street and the New Dormitory. The brick serves as retaining walls, pilasters, and the grounding façades of both the north and south faces of North Hall.

The mission of the masterplan dictated the maximum amount of beds, which in turn created a massing that was over scaled for the site. Located alongside the List Building by Philip Johnson, the strategy for this building was to excavate out of its mass as much volume as possible in order to relate its sub-components—cornice lines, terraces, material shifts—to the various contextual elements on Angel, Prospect, and Waterman streets.

Acknowledging the predicament that almost all of contemporary construction is composed of laminar units (skin systems, vapor barrier, waterproofing, gyp board) the skin system on this building adopts the slick roof systems of the surrounding context, the prevalent slate roof systems of the RISD and Brown campuses, for its eastern and western faces. This monumentalizes the shingle system in tandem with awning windows whose operability reinforces the shingle system. These façades celebrate the aesthetic of thinness.

Critical to the conception of this project are building technologies that adopt composite systems to bring out the best of optimal material use. For instance, by having a hybrid steel structure with cross-laminated timber infill (the first hybrid CLT/steel housing project in New England), we were able to gain 9’ high raw wood ceilings, without the need of added finishes. In turn, this allows all the mechanical systems to be located in the corridor, feeding the bedrooms of the entry wall only and having a minimal impact on the room. Thus, the bedroom serves as a plenum for the mechanical system with fresh air intake and output working in combination with the variable refrigerant flow unit that controls the air temperature.

From the thoughtful input of the campus community, the design features common spaces for socializing, making, reflecting and creative expression, tailored to meet the varied needs of today’s art and design students. The building includes spaces that facilitate interaction through social lounges, a shared kitchen, a studio, gallery spaces, as well a spray booth and bike storage. 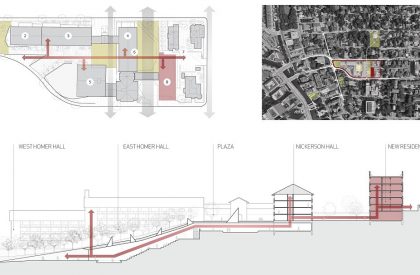 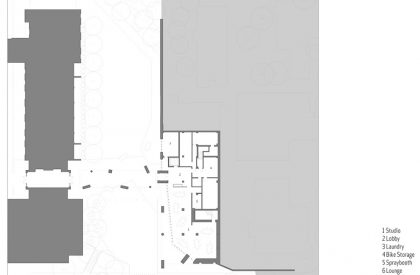 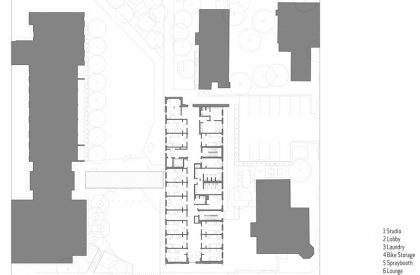 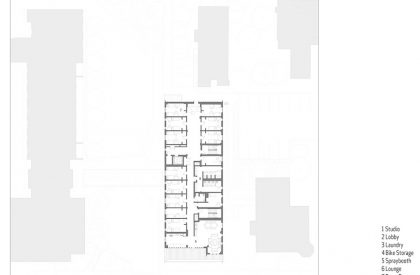 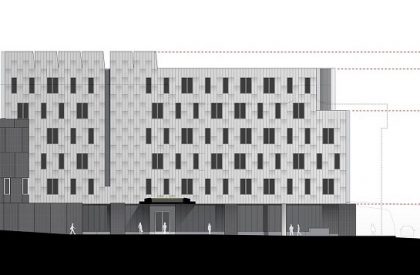 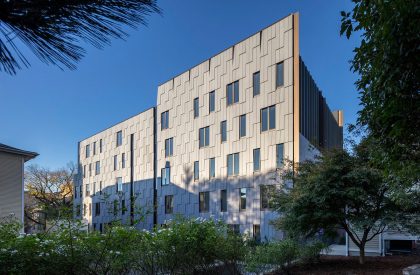 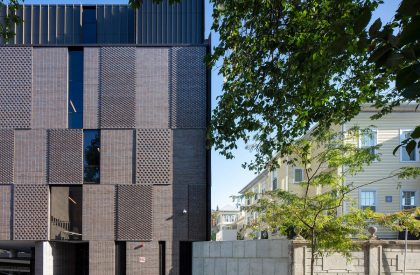 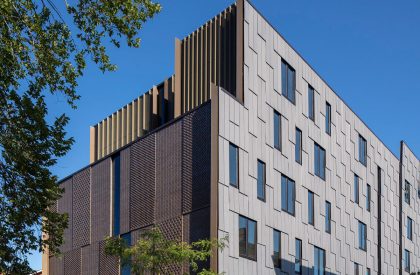 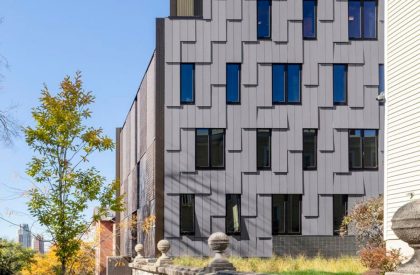 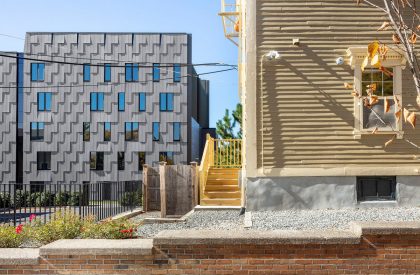 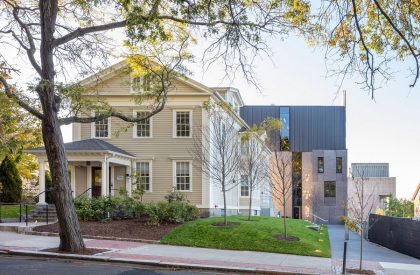 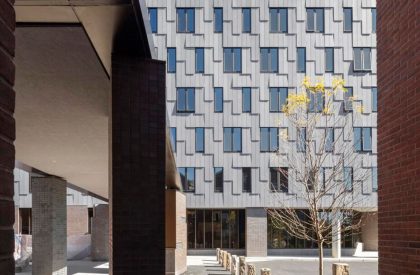 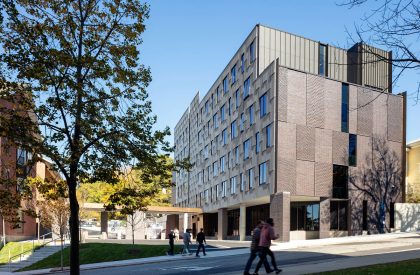 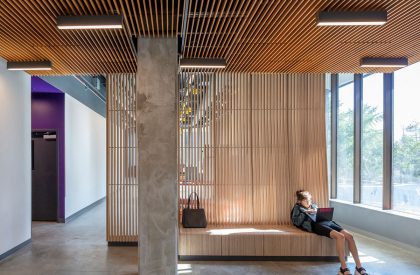 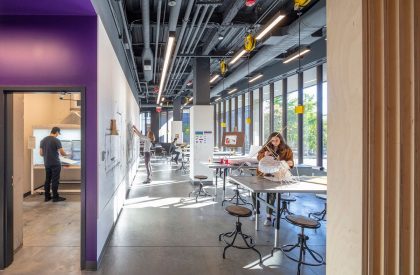 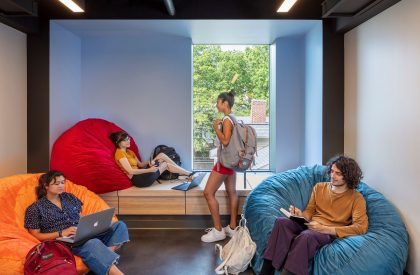 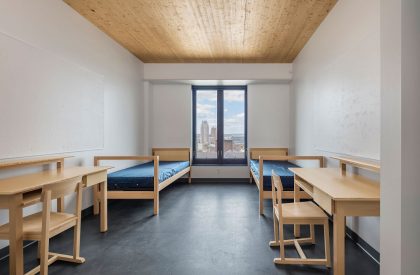 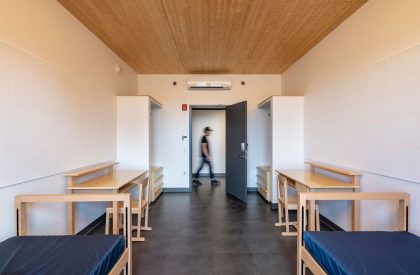 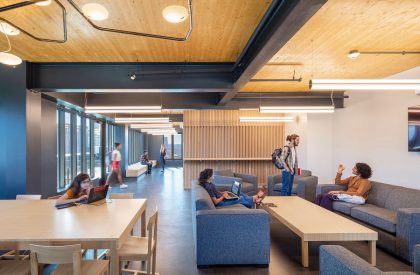 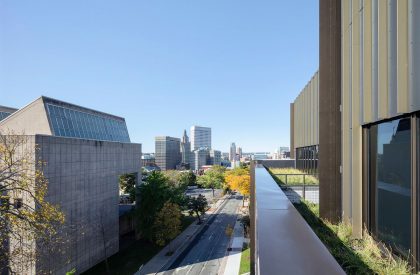