[Text as submitted by the Architect] In order to satisfy the requirement of a common platform for the outsiders and users of the co working space, THE FALL is an amphitheater designed in between a large courtyard of the premises. The installation was envisioned to be a backdrop having its own form like a sculpture. Following the language of the project, the design is an evolution of parallel lines. Bending as of a hand, each vertical plate consistently carried the elegance of the structure. It also manifests the concept of co working, multiple vertical members portraying multiple hands. As the courtyard also encompasses working arena and café within a garden, the installation fulfils the need to act as a visual barrier for the amphitheater. The notion does justice with the need of a multifunctional space; a leisure space for working days as well as a stage for events. The origamic sculpture sits in a corner of the courtyard with the maximum visibility from the entrance. The platform is raised one foot to define the stage. It is purposely zoned near the training area; to accommodate more people.

The fact that the large courtyard was sitting on a basement made it challenging to come up with a feasible material. Acknowledging the proportion of the installation followed up by certain trial and error of ideas led to the development of origamic form with metal plates. The white coloured metal plates folded in origami fashion seem like a paper folded model from distance. Thin metal plates played a significant role in giving a subtle and natural mould to the installation. “It was challenging to bring origamic shape with the fall of hanging metal elements. The design was perfectly engineered by the structural engineer who made the concept look so natural with its free fall. We followed a process for execution followed by making prototypes, mock and final fabrication, most of the design was worked out with CNC cutting at the workshop while the rest was incorporated by welding at the site”, claimed the contractors.

Understanding the necessary strength for the desired design, metal braces in the floor were installed to support the vertical members while the connected arches could fall freely. “A heavy material falling freely seems unusual like something against gravity. Such creations should provoke people to think and not just please their eyes”, as remarked by the structural engineer Manjunath BL. The other part of the amphitheater is finished with polish wood; the void beneath the steps is used as storage space. Spotlights are used for illuminating the amphitheater.

MYVN have always believed in collaborations between different fields to create something unique and this project is a pure integration of work in between the structural engineer, whom we allowed to design on his own terms and the contractors, specialized in metal work without whom the project would not have been possible.

The white and wooden skin of the amphitheater with its inherent design plays a pivotal role in the large courtyard. Furthermore, greens will be added to enhance and add up in the picture. 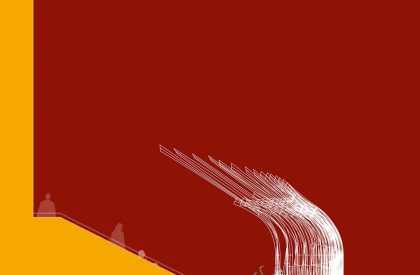 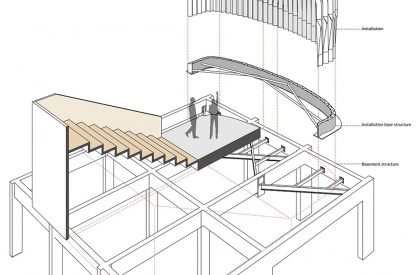 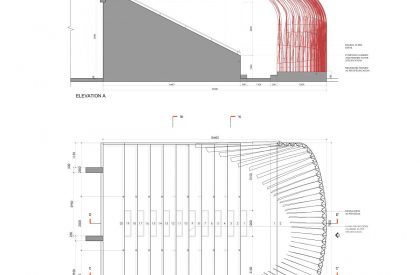 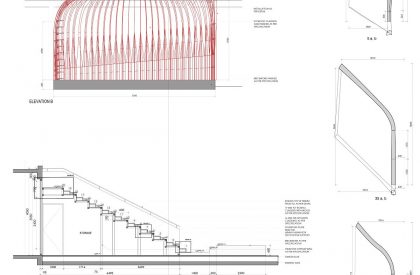 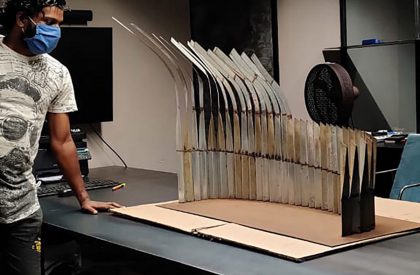 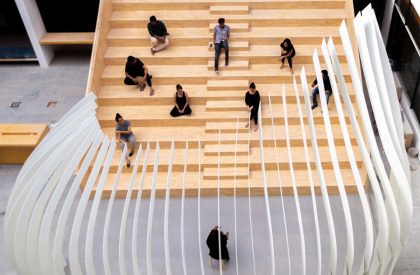 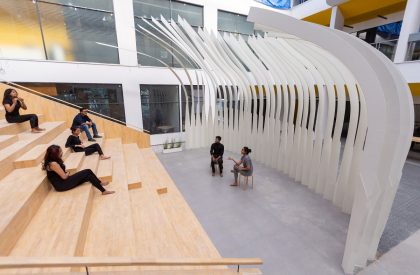 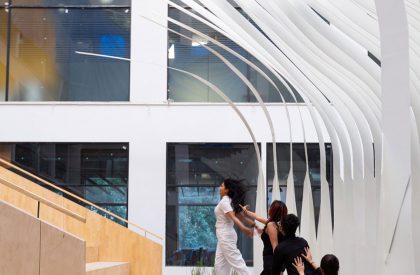 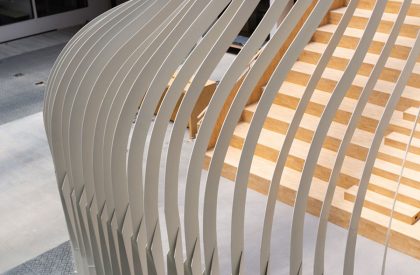 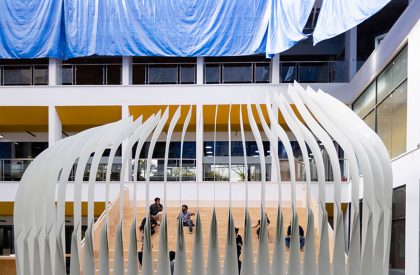 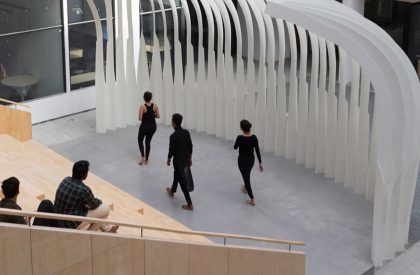 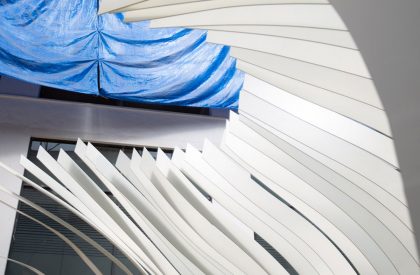 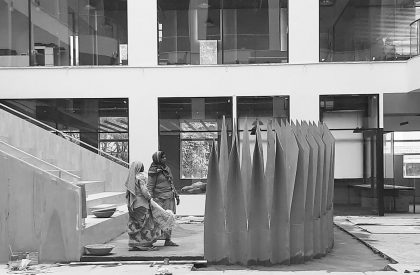 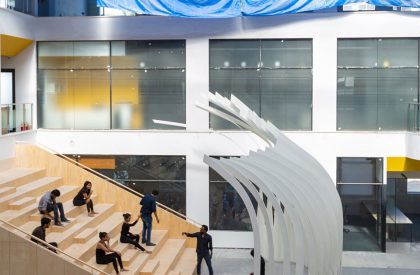 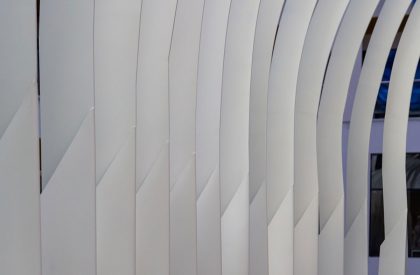 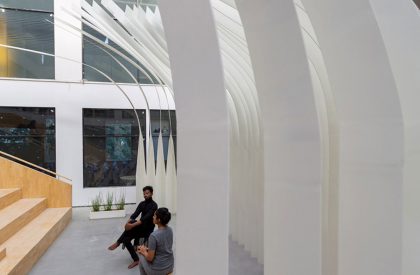 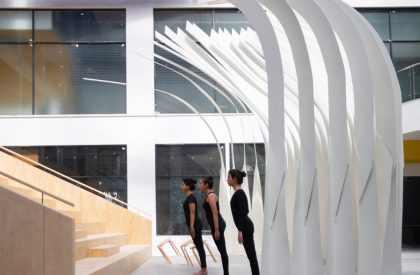 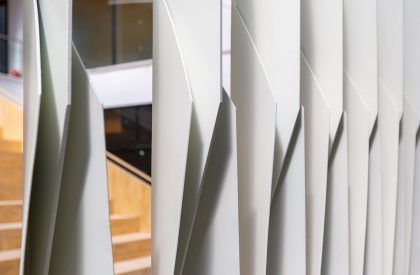 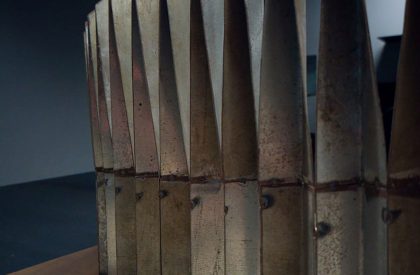