Skip to content
ArchiDiaries     Articles     Down to Earth: an insight into the work and philosophy of Equipo de Arquitectura, Paraguay 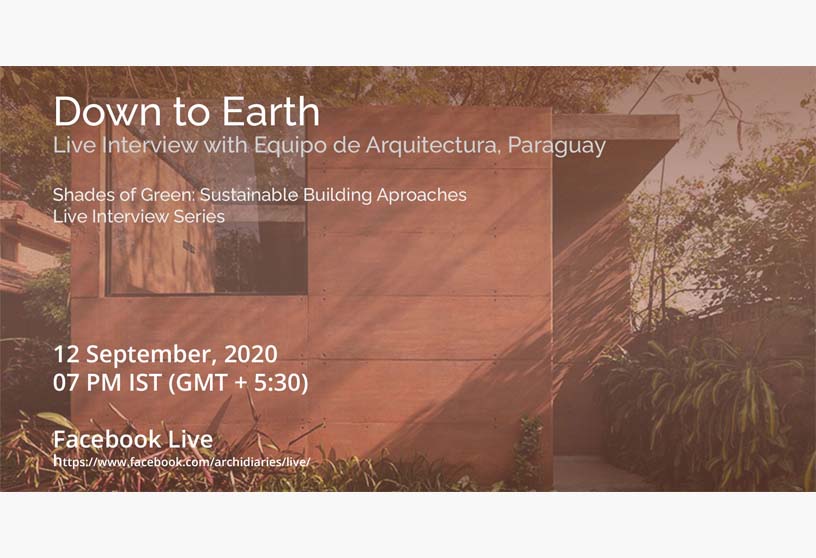 In the sixth interview of the ongoing series of Shades of green, we present to you a talk between architect Horacio Cherniavsky, from Equipo de Arquitectura, Paraguay, and Mohammed Ayazkhan. This interview series is a place where we talk to various practicing architects about sustainability and its different approaches in architecture and design.

Horacio Cherniavsky and Viviana Pozzoli founded Equipo de Arquitectura in Asunción, Paraguay. Since the foundation, they have received numerous awards in national and international competitions. Their office, Earthbox, received the 2019 Frame Award for Small Office of the Year and was selected as a finalist at the 2018 Bienal de Arquitectura de Quito. They have been selected for the 2019 Bienal de Arquitectura Latinoamericana, celebrated in Pamplona, Spain, as one of the 14 studios of emerging architects chosen to expose their work at the event. They are currently working on small and medium scale projects and dedicate part of their time teaching at both public and private.

Horacio starts the presentation by introducing us to Paraguay and its architectural history. Paraguay is a country located in the middle of the South American sub-continent. He talks about Paraguay’s nomadic ancestors and how the country never really had an architectural style of its own. Around the colonial time, it started adopting architectural languages from other countries, mainly European. Even today, Horacio says we import models of progress that don’t align with the realities of our country. Buildings made of glass occupy the city that has 48-53 degree temperature, this does not go with the climate and culture of Paraguay.

“We don’t have tornadoes or earthquakes, we have extreme heat and politicians,” says Horacio as he explains the major problems in his country.

He goes on to tell us briefly about the major architects who are also involved in academic pursuits, whose buildings have shaped the architecture for the last two decades, garnering media attention towards the country.

Explaining to us his inspiration towards the making of Equipo de Arquitectura, he shows us the picture below. The earth here, compacted by time over years, is the appropriate material logic for the kind of building logic.

Sharing with us his guiding forces behind the establishment of Equipo de Arquitectura, he shows us pictures from Paraguay’s landscape, vernacular buildings, and Bernard Rudofsky’s book, Architecture without Architects. All of these he says are the kind of projects they study which have an appropriate material logic, understanding of local materials and traditions, and using sustainable practices way before the term sustainable or green architecture was coined.

“We find that this type of construction is sustainable because it uses what it has in its context, with knowledge with tradition and its way more careful than some of the construction we see nowadays. We study such examples that used concepts like a green roof, cross ventilation, etc., all of the techniques that we celebrate today as sustainable architecture, are long ago incorporated in traditional buildings all around the world.”

Next Horacio introduces us to a series of his projects. Starting with the Earthbox.

Earthbox is the office space for Equipo de Arquitectura, which is a box that surrounds two trees. The building technique was to use rammed earth adding five percent cement to the mix of soil. The openings and the courtyard of this space help achieve an intriguing inside-outside relationship. From the texture of rammed earth, the hanging library to the presence of the tree, this box gives a sense of simplicity and groundedness that reflects in the work of Equipo de Arquitectura too.

The childcare center is where we see the approach towards materials from Equipo de Arquitecturas’ perspective. The use of materials is the same as we see on the ground,

The material palette is inspired by the textures that are locally found across the terrain around the site. In the Child care center, we see a rigid exterior on the outside of the building and a breathing interior in a relationship with its courtyards.

Inspiration for these projects comes from traditional practices and modern thinkers like the Waorani tribe, corgi tesa, Constantine hois, Jorn Utzon, Frei otto. The creators who embody their workspace and have a hands-on relationship with the work that they do as artists, sculptures, engineers are a constant source of motivation for the work at Equipo de Arquitecturas.

Kingfish, a bar that they renovated, gave them an outlet to put waste materials that are found on the site and around the city in practice. In this project, they broke down some parts of the existing building and reused the construction material in the design. Using discarded materials like broken roof tiles for the bar, and local ceramics and plants for the facade gives this project an earthy touch.

The patio house has a simple floor plan, with three volumes opening out to the patios. These volumes blur lines between the inside and outside by opening up completely from the edges creating an airy home suitable to the subtropical climate of Paraguay.

The LBDM offices use a similar interrelationship between inside and outside. The office space is constantly engaging with nature and providing for chance encounters between the people working there.

As the winning entry of an international competition project to develop an existing Synagogue. They decided to give the place a new sense of identity by wrapping a skin around the existing building and adding features like skylights to the existing roof. On the outside the building has a more fortified expression with concrete and metal screens and as we go inside the natural light and wood increase according to the function of the space.

Another competition project, ASA Team is a building that has two main volumes connected by the ramp whose placement revolves around two existing trees. The building face is covered with a ceramic Brei Soleil that is made by local materials and craftsmanship providing views to the classroom while shielding it from heat and sunlight.

Hello wood, is a workshop where architects and designers are selected to build a space designed themselves in a restricted amount of time. Horacio and his team built the largest space they could without cutting any of the materials provided to them. The result is a minimalistic space with two pavilions with a roof on top built in a short period of a week.

Throughout the diverse number of projects Horacio shows us in the presentation, the childcare center, Kingfish, the residential projects, and the LBDM Offices, and the competition projects, we see a language built around the play of verandahs and patios that complement the hot and humid climate of Paraguay. We see the honesty of material from wood, rammed earth, mud bricks to steel, and its experimentation in modules as well as the process of using it for different forms from vaults to walls.

In conversation with Ayaz, the discussion about the logic that drives Horacio’s building language comes forth and how it is rooted in the logic related to Paraguay.

“The thing that is common between vernacular architecture or Paraguayan architecture in the last 20 years and ours (design language) is…the logic that goes along with local reality, and that comes through the materials we use, the protection, the resources, and all of this create an identity that comes way before then the decision of the building to look a certain way.”

The repetition of the relationship between open patios and closed spaces Horacio explains comes from the tradition of having daily and social activities happening at a space that is both open but protected with a cover.

“The open spaces covered with overhead protection are a part of the lifestyle here, people here like to do outside meetings and barbeques…this repetition of the inter-space relationship comes from our traditional and social habits. We have semi-tropical weather and we must have a shadow, ventilation, some parts of water, and a relation to the vegetation in the design and that’s why we build those kinds of spaces.”

Towards the end, Horacio tells us more about how they execute the projects that they design with materials that aren’t usually conventional architecture with a team of local craftsmen that are deeply connected to their process of building.

On sharing and building knowledge Horacio gives us a glimpse of the small group of people who build with similar attention to details in Paraguay.

“We have a small group here, I go to their construction sites and they visit mine…that is how knowledge is built, we share everything.”

Horacio’s efforts to contemporize sustainable materials and create an architecture that is rooted and in touch with the realities of the context of Paraguay give us an insight into what building sustainably can mean. The expression of the local materials and his simple and grounded spaces while embedded with tradition have a contemporary language that  creates a new identity for the buildings they design and inspire us. The talk gives us an insight into different answers on building sustainability from around the planet. 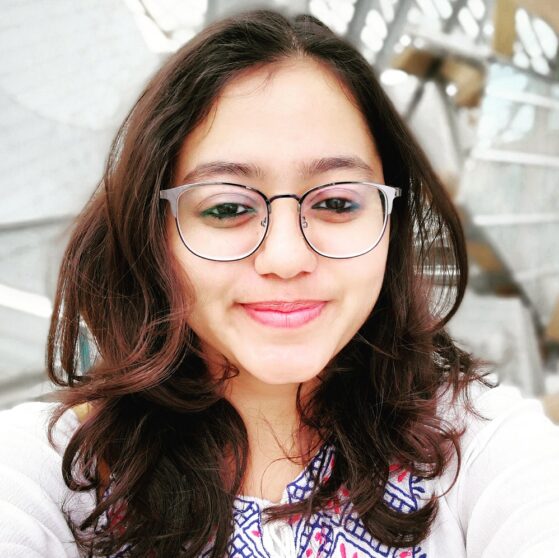 Prutha Barot is an architect graduated from School of architecture, CEPT University. As an architect who composes words, she is always looking forward to reading a great book, or having a conversation on art, society, business, and culture. 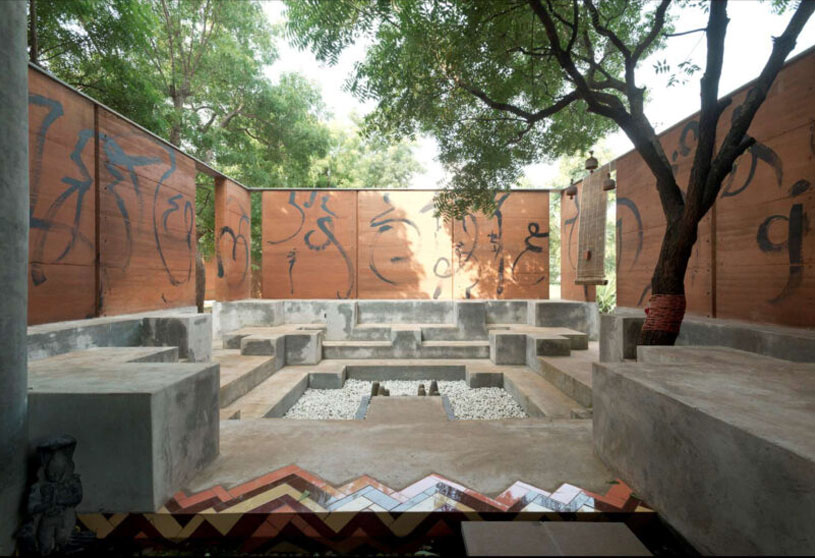 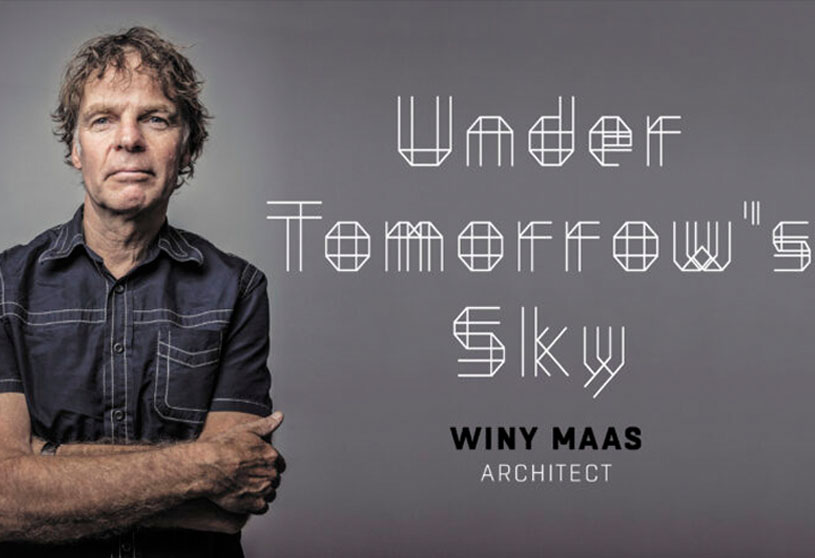 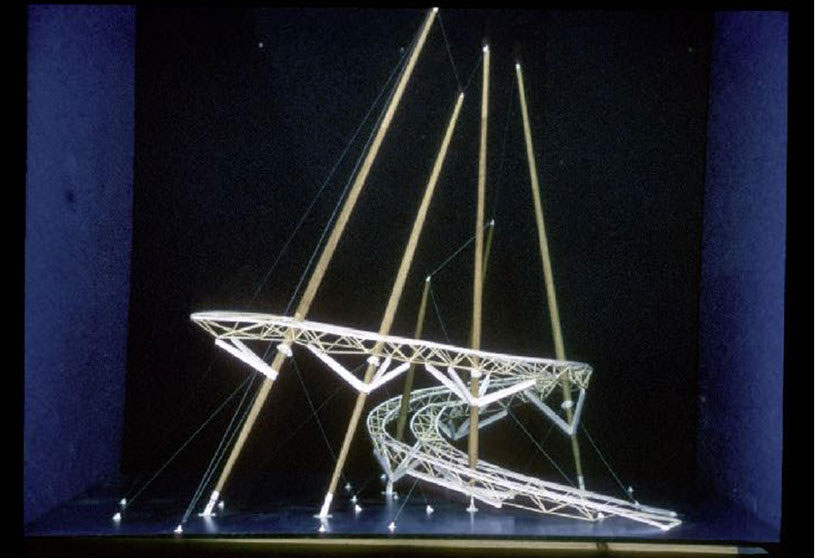 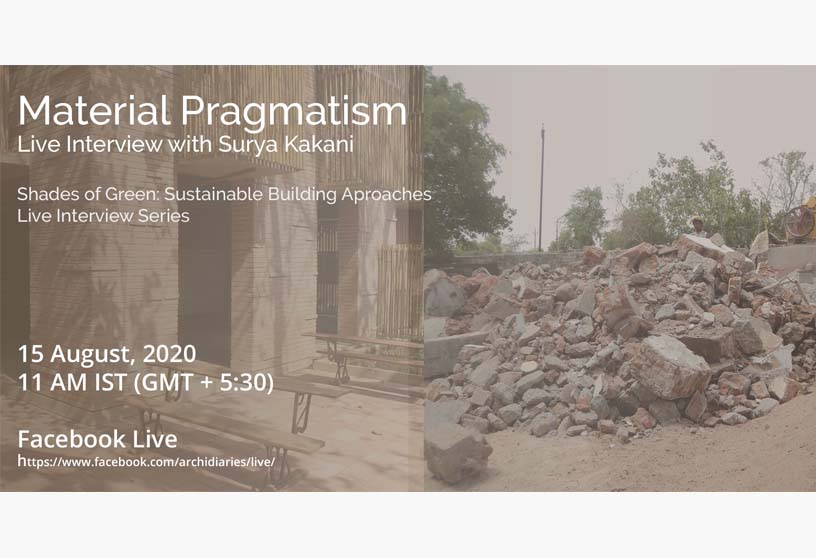