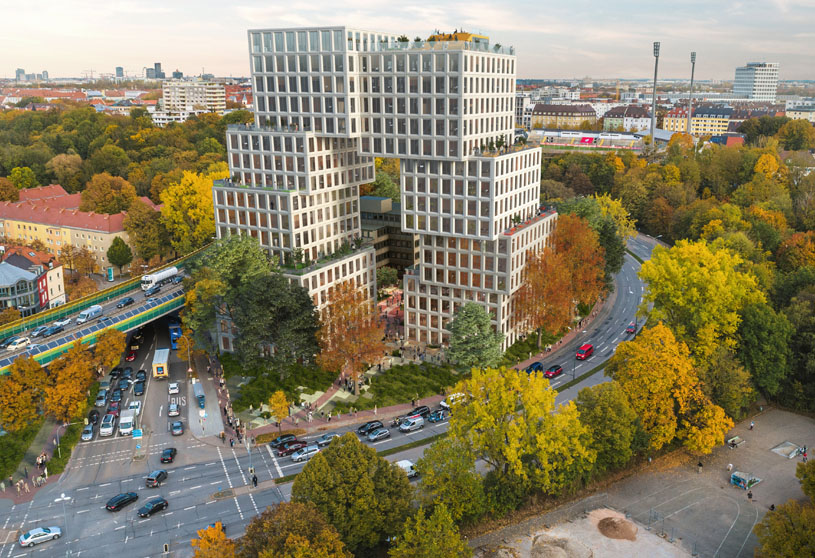 Excerpt: Candid – TOR, designed by MVRDV, is a refurbishment of a building supplemented by various programs, including restaurants, a fitness studio, an elderly service center, a child daycare, and a community and cultural centre in Germany. This approach contributes greatly to the sustainability of the proposal, significantly reducing the amount of embodied carbon generated by the construction of the scheme.

[Text as submitted by architect] The project is located by Munich’s Candidplatz, in a space largely disconnected from the surroundings by roads: to the south of the site curves the six-lane Candidstraße, while the northern boundary is defined by a raised portion of Munich’s middle ringroad. An existing complex of buildings on the site houses a medical clinic and offices. In the new proposal these functions will be expanded and supplemented by a variety of other programmes including restaurants, a fitness studio, an elderly service centre, a child daycare, and a community and cultural centre.

The existing buildings will be largely retained and renovated – with six of the nine existing blocks being incorporated into the new plan. This approach contributes greatly to the sustainability of the proposal, significantly reducing the amount of embodied carbon generated by the construction of the scheme.

The standout element is the design’s two towers, each comprising four stacked blocks of varying sizes that lean towards each other – with the top-most blocks touching each other to create a “gate”. With this addition, the project becomes a landmark that helps to define the surrounding area and joins a series of other sculptural landmarks forming a chain on the east side of the river Isar.

In their size and the design of their façades, the blocks of the new towers are modelled on the site’s existing structures, providing the “yang” to the “yin” of what came before: where the older buildings are dark in colour and clustered horizontally at ground level, the towers are light, and their blocks stacked vertically towards the sky.

The form of the towers welcomes people approaching from Candidplatz into the heart of the site where the courtyard of the existing complex is expanded and improved, becoming a lush green recreation space. Access to the site from underneath the ringroad is also improved, making the site more integrated into its neighbourhood. The landscaping takes inspiration from the world of art – Candidplatz itself is named after the 16th-century painter Peter Candid – incorporating intense colours into the outdoor surfaces and furniture to create a visual link to the artwork on the walls of the nearby subway station.

The greenery is not only limited to ground level. Due to the shifting blocks of the towers, a number of communal terraces are created at various levels, culminating in a shared green rooftop that can be accessed by all users of the towers. 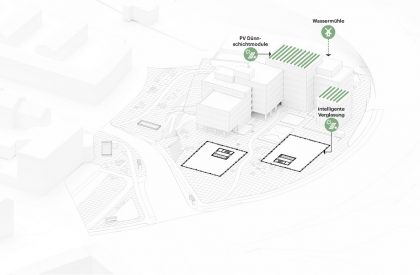 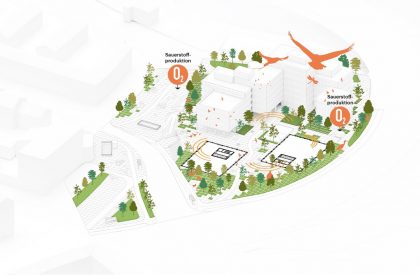 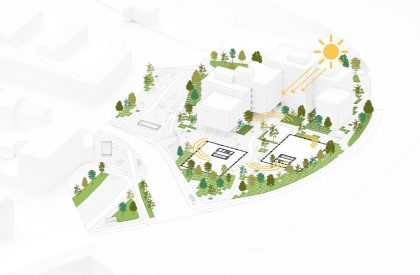 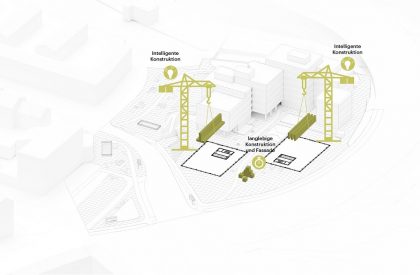 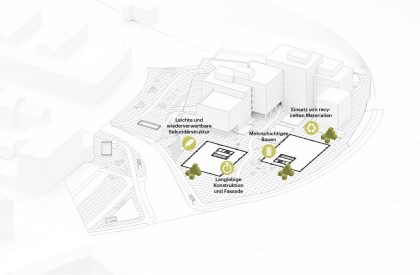 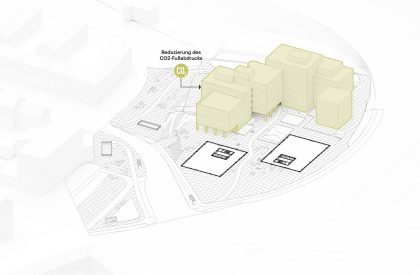 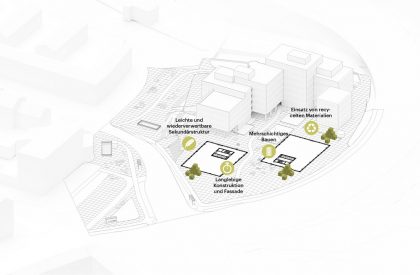 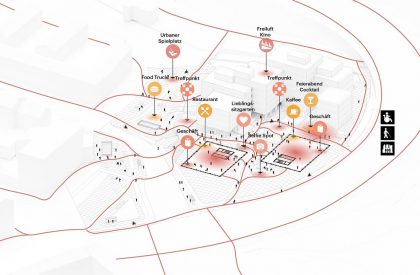 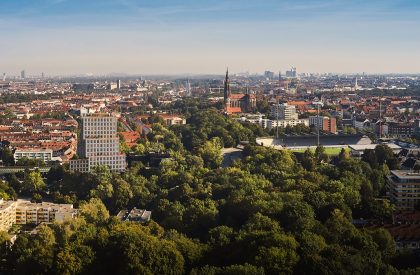 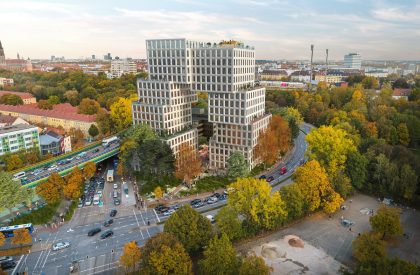 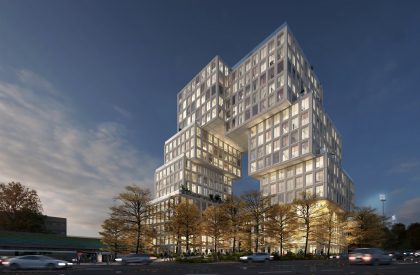 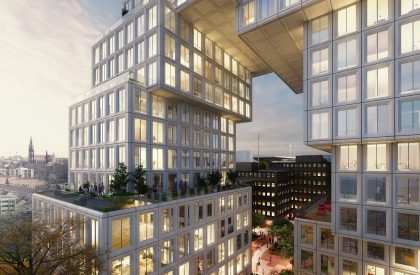 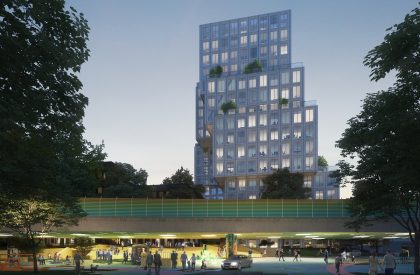 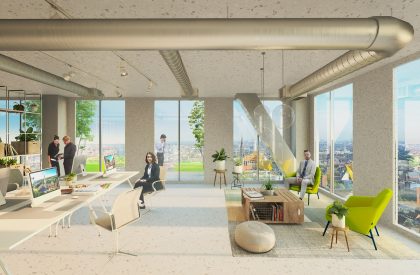