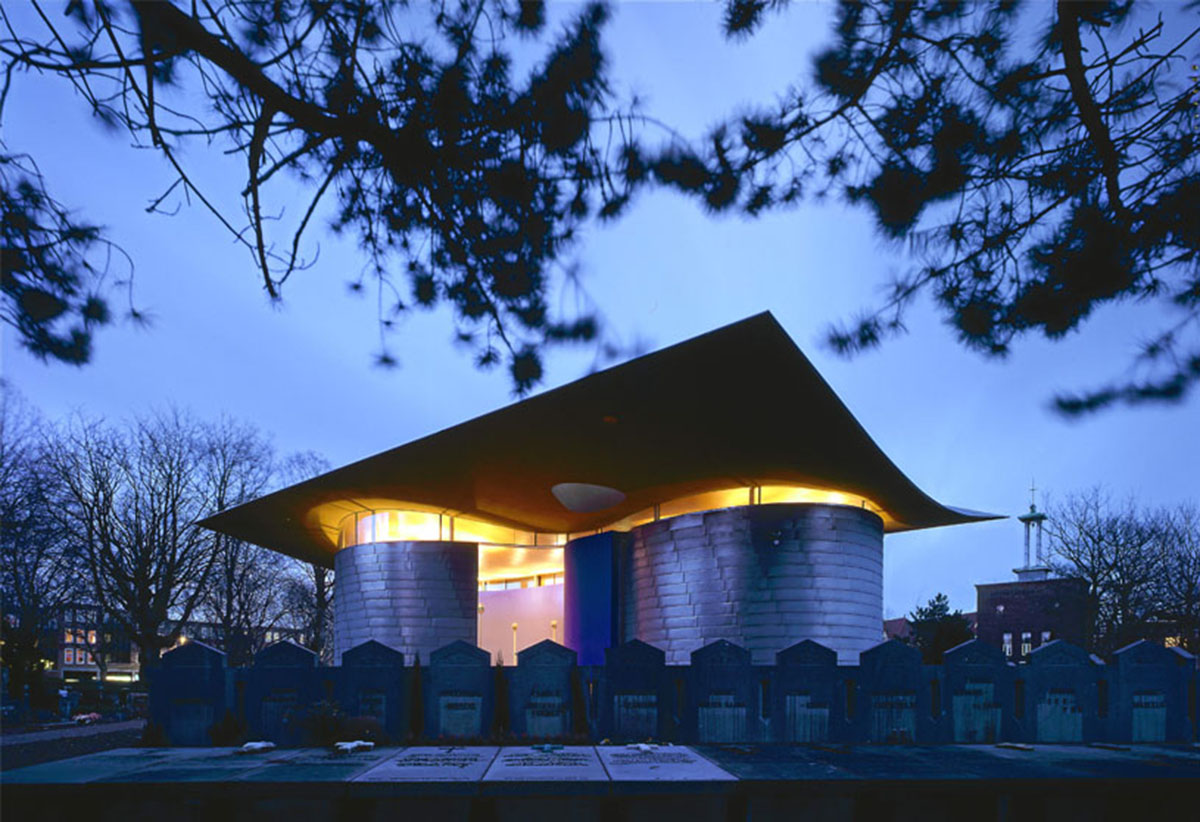 [Text as submitted by the Architects] Third chapel built on the 150 year remains of the former chapels. In 1998 Mecanoo architecten designed a new chapel for the R.K. Cemetery St. Laurentius in Rotterdam. This would be the third Chapel for the cemetery, originally founded on the 13th of March 1865. This third Chapel, devoted to Saint Mary of Angels, was used in 2001.

The Chapel Saint Mary of the Angels is situated in the exact location of a neo-classical chapel, which was completed in 1869. This Chapel almost collapsed because of the unstable Rotterdam building ground. In 1963 a new chapel was built on top of the foundations of the old one: a building, which was shaped like a big wigwam, covered with copper, with a bell on its top. This Chapel also suffered from foundation problems. Again, the building tended to collapse and had to be broken down. The third Chapel, therefore, became a new foundation.

The routing of the Chapel of Saint Mary of the Angels is based on confidence in the continuation of life. You carry the deceased into the Chapel, have a moment of reflection in a quiet, meditative building, and leave the Chapel in a single, continuous movement. The space has an organic form: a constant curving wall raised seventy centimetres above the ground.

The wall has an intense deep blue colour, and texts from the Requiem appear on it in many languages; a cemetery is a place for the multicultural population of Rotterdam. The roof floats above the space like a folded sheet of paper. The golden ceiling is artificially lit from below. An opening in the ceiling allows daylight to enter the Chapel in a ray of light, which is further accentuated at the moment when incense is burnt.

The Chapel is standing on a gravel platform within the outlines of the previous neo-gothic Chapel. Two floors, inlaid with natural stone, mark the place of the priest and the congregation. The bell from the Chapel of 1963 is placed in the bell tower. 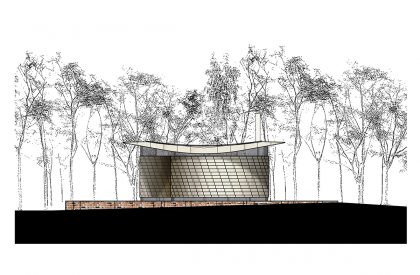 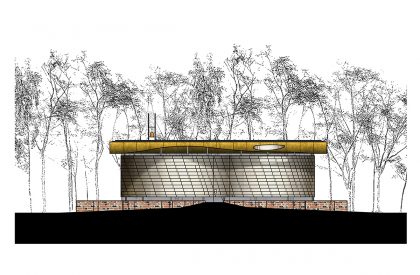 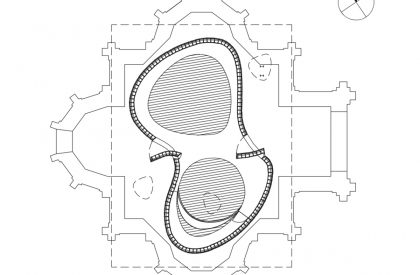 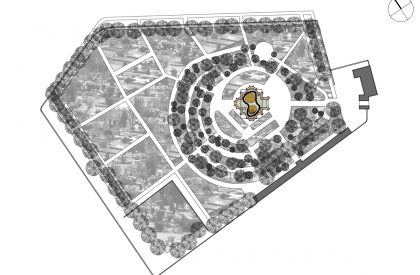 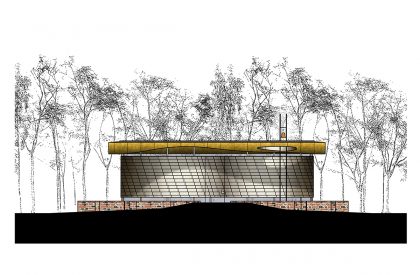 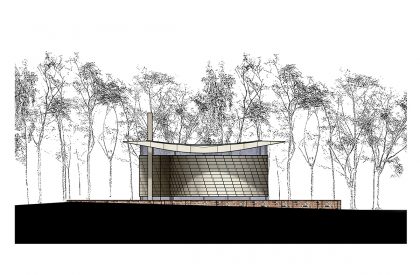 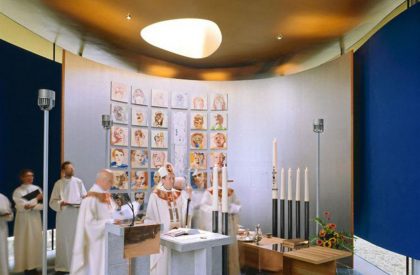 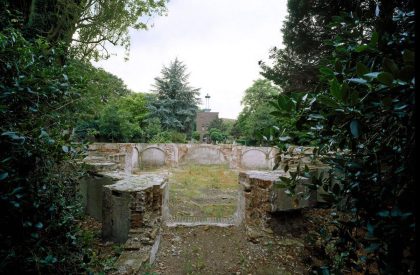 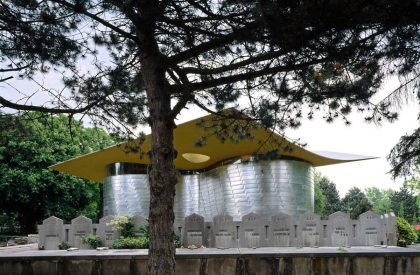 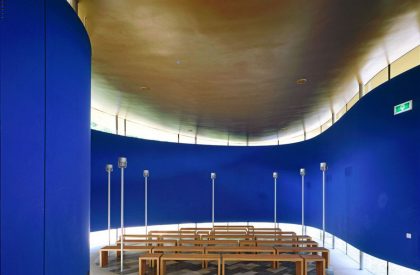 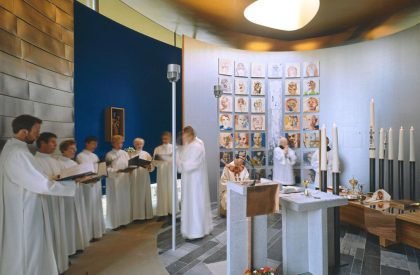 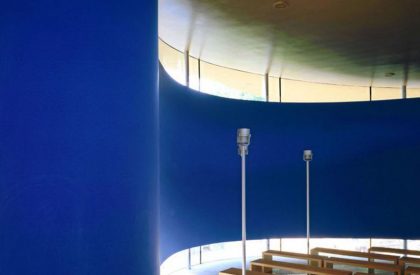 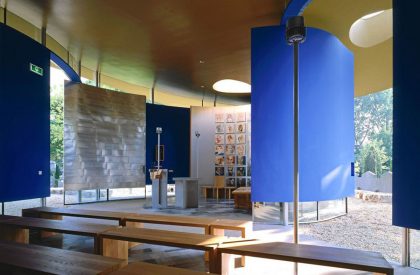 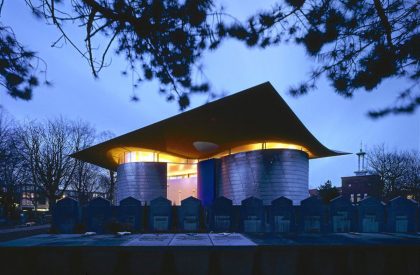 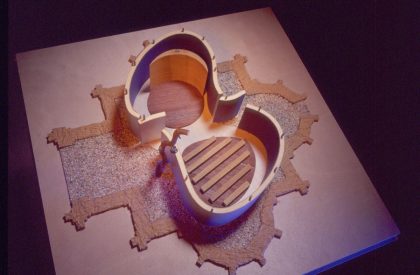 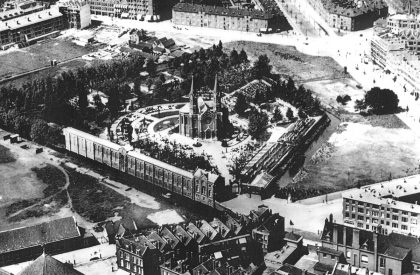 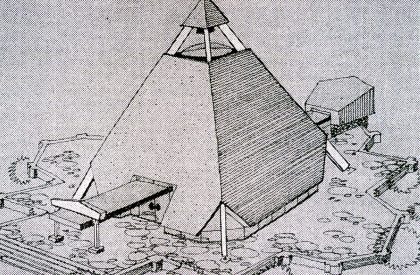