[Text as submitted by architect] In keeping with the Singapore government’s initiative to enable ageing in place, a dementia-friendly wayfinding solution was devised for Khatib Central and Chong Pang City, which were identified as residential estates with ageing populations. The project’s objective was to create a system that assists seniors and those afflicted with dementia in navigating around their neighbourhood safely and independently. This was achieved by formulating wayfinding strategies that support easy navigation between residential blocks and key amenities around the estates, especially within high-traffic zones.

Building upon research to ascertain the needs of the elderly and dementia patients, the resulting wayfinding solution involves zoning areas by colour and symbol, as well as developing a signage system that allows easy spatial recognition. The residential blocks were sectioned into zones and each was assigned a bold colour – either red, green or blue. The zone colours were painted on the facade of the blocks, along with block numbers prominently displayed in large fonts, making them easily legible from a distance.

Other features of the wayfinding project include super-sized graphic walls and pillar signage that incorporate directional elements, universal icons, as well as stencilled symbols of pineapples, tropical fish and rubber trees, chosen for their close association with the area’s heritage. These simple yet distinctive visual cues serve as visual anchors for clear identification by colour zone and are positioned at common areas such as lift lobbies and stairwells. In addition, directional signage on aluminium panels were integrated with concrete seats that double as resting spots for senior residents. The signage system was applied seamlessly to the existing infrastructure, making for a community-friendly approach that prioritises the well-being of the elderly demographic. 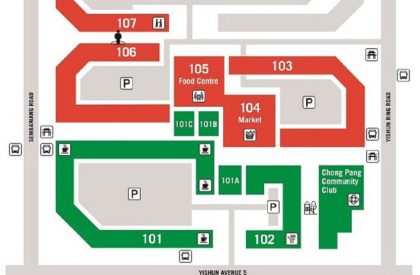 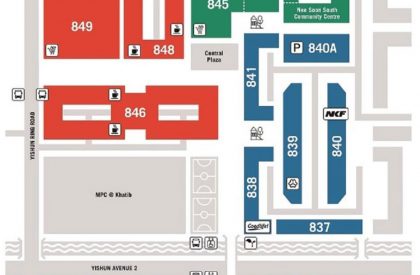 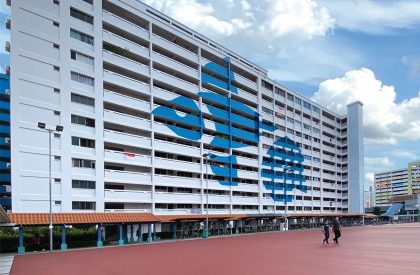 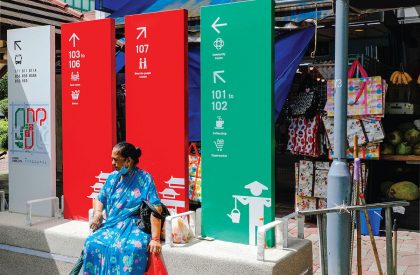 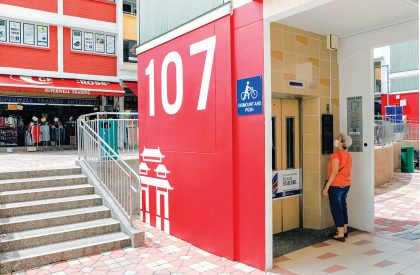 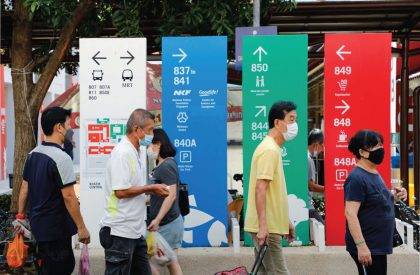 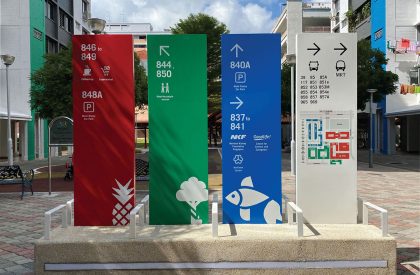 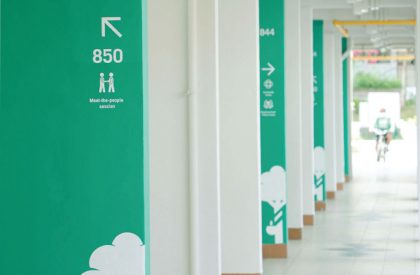 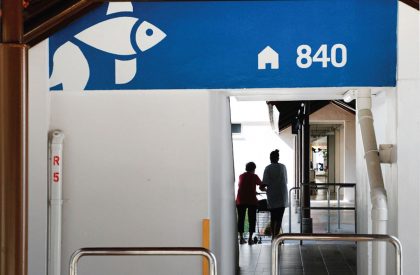 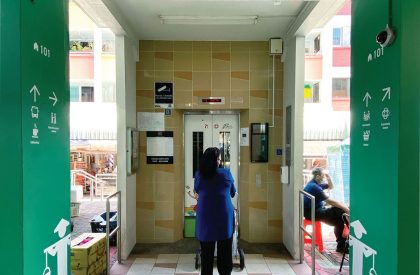 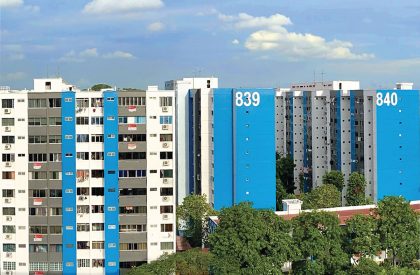 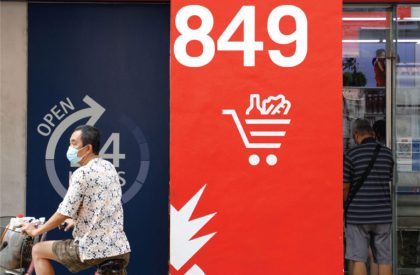 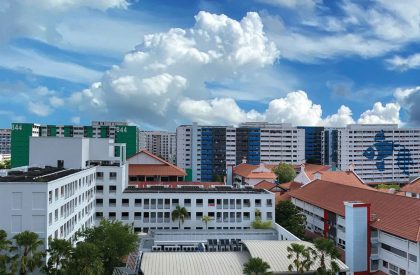 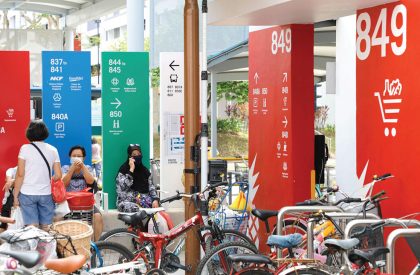 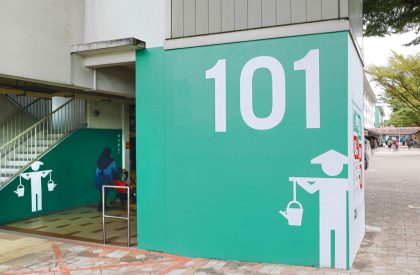