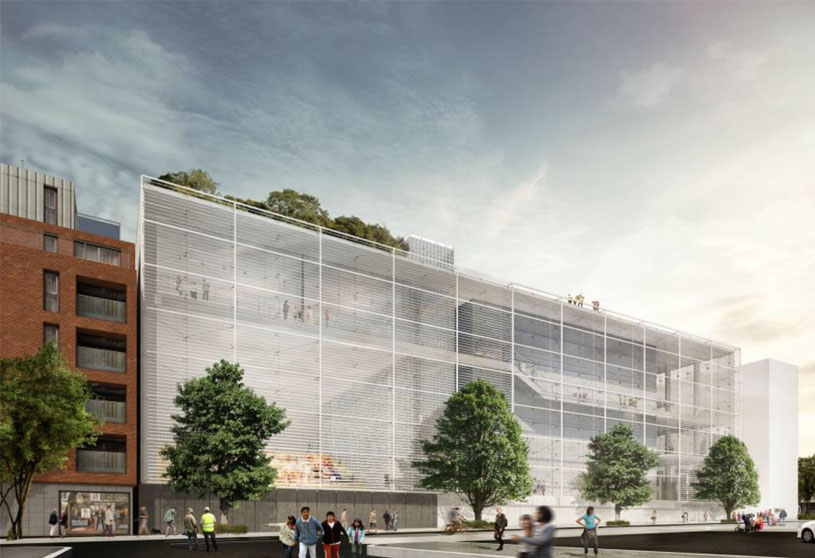 Excerpt: Faro Cosmos, designed by Ten Arquitectos, preserve a natural interaction with the centenary Calzada México-Tacuba while integrating a modern façade. TEN Arquitectos has designed the renovation proposing part of the new program. As the main idea throughout the design process, a continuous circulation road that guides a tour among public spaces has been considered. A meeting point where history, art and creation dialogue with the individual, promoting social recreation at the same time.

[Text as submitted by architect] At the corner of the México-Tacuba and Melchor Ocampo road (Interior Circuit), of the Miguel Hidalgo Municipality, spread over a 2,000 square meter area, the old Cosmos Cinema is located, designed by the architect Carlos Crombé, later after a fire that would postpone its opening until 1948, this cinema – along with many others such as the Opera, Teresa and Alameda – was part of the so-called “Mexican cinema corridor” that ran from this Calzada to Downtown. It was also known as the most modern cinema of its time, where millions gathered to celebrate the Mexican Gold-era Cinema. Around the 70s, due to the decline of cinema in Mexico, the Cosmos closed its doors, reopening them after a remodeling with five rooms. For more than twenty years it continued in use until, at the end of the 90s, it was finally closed. Already in the first decade of the 21st century and in an attempt to recover those buildings built in the mid-20th century, the Mayor’s Office Miguel Hidalgo made an offer to acquire the property and rebuild it as a house of culture, a project that was later continued by the Ministry of Construction Works of the Mexico City Government and once the construction is finished, the Ministry of Culture of the same entity will take care of the programming of the cultural offer.

With the rescue of the original façade, it has been possible to preserve a natural interaction with the centenary Calzada México-Tacuba, while with the integration of a modern façade on the Circuito Interior a communication channel is opened with the contemporary context of the FARO (Fábrica de Artes y Oficios) Cosmos and in general, from the Miguel Hidalgo Municipality. In the same way, the visual that is generated from the Circuito Interir towards the FARO and vice versa, has been one of the points considered during the design and distribution of spaces. The façade becomes a point of interaction between the City and the enclosure. Rethought as a cultural space, TEN Arquitectos has designed the renovation proposing part of the new program. As the main idea throughout the design process, a continuous circulation road has been considered that guides a tour among public spaces. The original building’s façade and first bay have been restored, and where previously the imposing Cosmos Cinema screening hall used to be, a black box with capacity for 400 people has now been projected where all kinds of artistic representations can be held, an interior forum and one exterior with capacity for 350 and 150 people respectively, as well as a terrace for events on the roof, multipurpose rooms and workshops.

As part of the equipment of the forums and the black box, the new space has been provided with dressing rooms, showers and storage rooms for instruments and theatrical equipment or scenography. Likewise, rehearsal rooms and administrative spaces have been considered, which occupy the “historical building” of the cultural complex. In addition, it will have dance halls and spaces for temporary and permanent exhibitions, including one dedicated to the student movement of 1971 better known as “El Halconazo”, where the Cine Cosmos played a fundamental role in allowing students and the general population to protect themselves in its areas. A cafeteria and, finally, a viewpoint, are also part of the architectural program.

As an integrated whole, the new FARO Cosmos will be a space that preserves the history of the place, promotes cultural development of the performing and plastic arts, in addition to stimulating recreation and coexistence. A meeting point where history, art and creation dialogue with the individual, promoting social recreation at the same time. 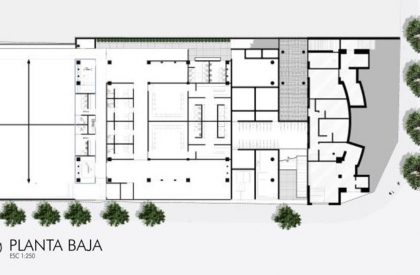 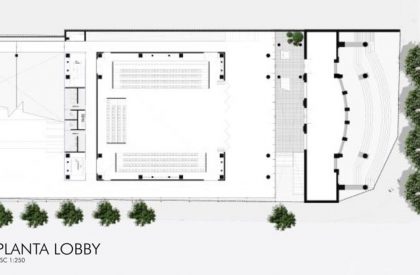 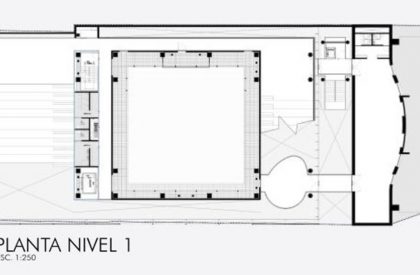 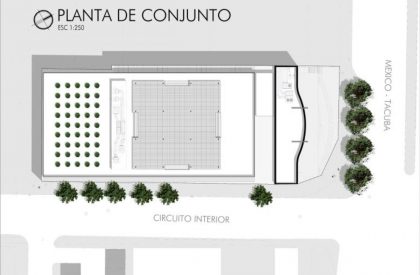 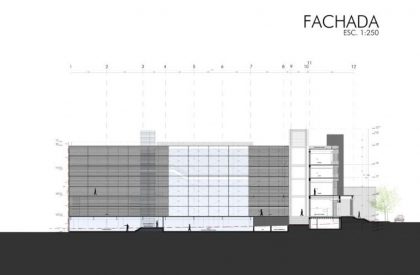 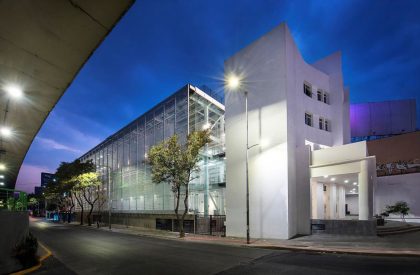 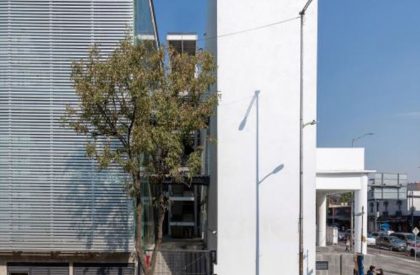 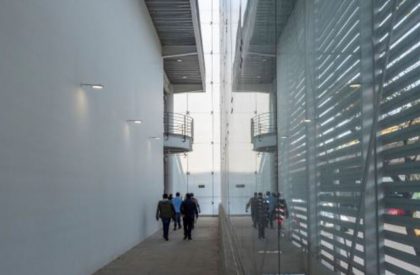 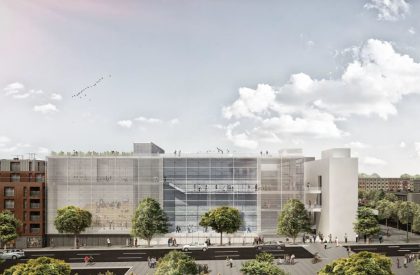 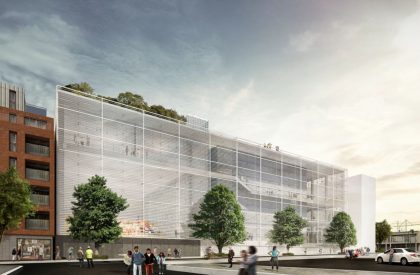 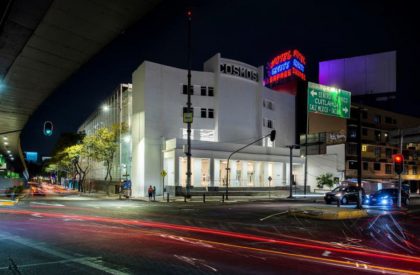 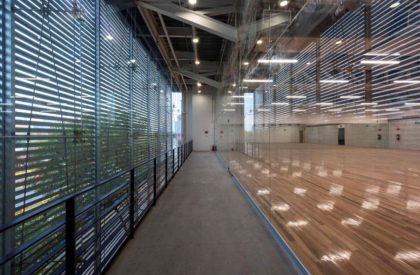 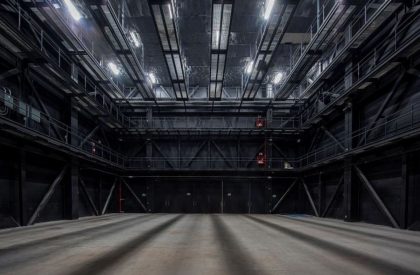 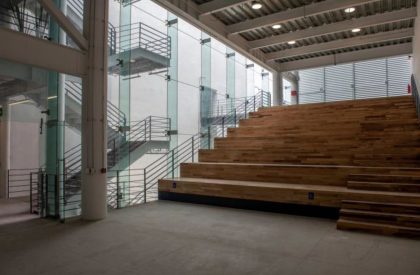 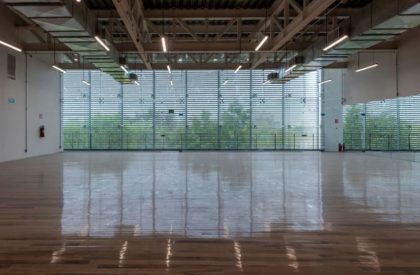 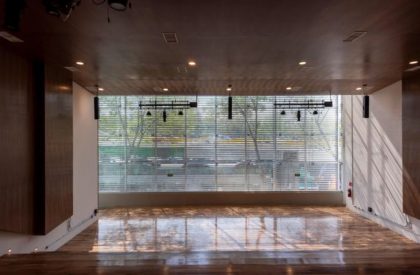 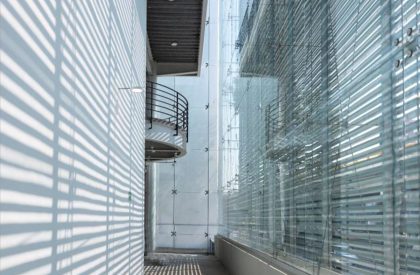