Excerpt: Hyunjejoo_Baukunst’s design for the Korean War Memorial Park for Civil Victims International Design competition, won the fourth prize, in 2020. The site was located in Daejeon dong gu, Korea, the main concept for the design was to use tree as a monument.

[Text as submitted by the Architects] “I think the tree is an element of regeneration which in itself is a concept of time. The oak is especially so because it is a slowly growing tree with a kind of really solid heartwood. It has always been a form of sculpture, a symbol for this planet ever since the Druids, who are called after the oak. Druid means oak. They used their oaks to define their holy places. I can see such a use for the future. . . . The tree planting enterprise provides a very simple but radical possibility for this when we start with the seven thousand oaks.”

Some people involved in the Yeo-Sun Incident and Bodo League were massacred from June 28 to 30, 1950. The military police covered the eyes of the transferred inmate and tied their hands to a wooden post. According to the command of the MP commander, the MP executed a firing squad and the MP commander made it official. Afterwards, the firefighters released their hands and thew the bodies into woodpile and they cremated the bodies when 50-60 bodies gathered. When all the pillars were used and no more left, they were tied to Populus deltoides and executed. We plant the tree as a symbolic element ‘Tree of historical justice’ and post signs of the victims to deliver the feeling of consolation and solidarity. This is the future and our painful history that must be corrected and healed.

Tree as a Monument

the monument would be a forest nursery, located in a large, raised ground next to the Korean War Memorial Museum for Civil Victims. The forest should be planted permanently by way of a participatory process, which includes members of the We and civil society. It should be maintained and taken care of by the City of Daejeon and private volunteers and serve as a litmus test for the Korean state and civil society, in valuing the memory of the Civil Victims.

The pattern divided into an 8x8m grid includes pedestrian walkways.

The evenly arranged grid is filled with trees with the continued participation of citizens.

Populus grows 5 meters a year and grows rapidly up to 30 meters, creating an infinite horizontal line on the site (Golyeonggol).

In other words, we memorial the victims through participation in planting cottonwood, and the infinite horizon created by it stimulates our emotions.

A walk through the past.

The axis of the old road(High possibility) containing the history and time is reflected in the design. The long lines along the road create a ridge and a furrow through the cutting and filling in the site.

This terrain manipulation divides the area of the circulation and adjusts the humidity level in the site.

As the heights of the topography overlap, the wall along the axis of the old road increases the humidity and changes the slope depending on the depth of the wall. So, visitors experience various senses of space and depth with the five senses.

The inspiration for this planting came from Joseph Beuys’s “7000 Oaks” project in Kassel, Germany, and in fact this Irish planting must be seen as a continuation of that initial effort. 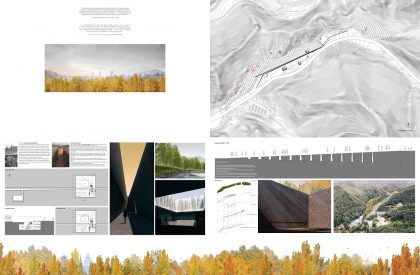 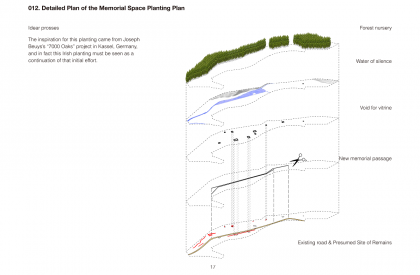 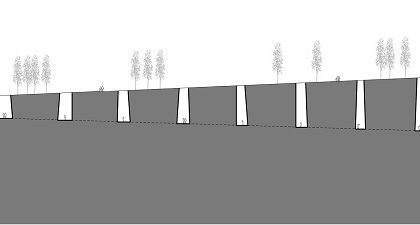 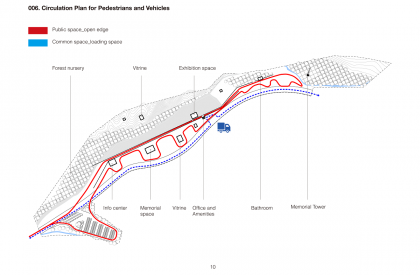 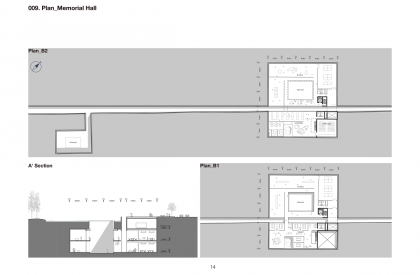 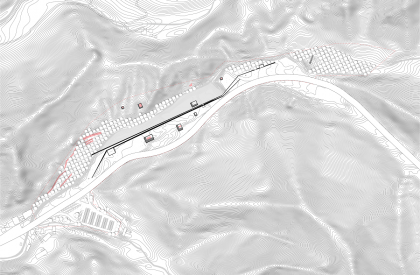 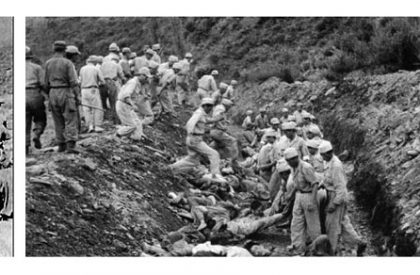 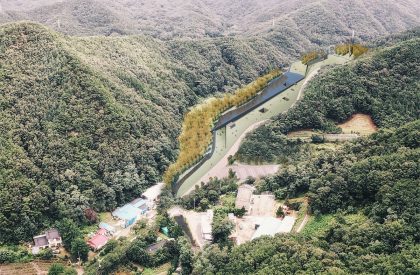 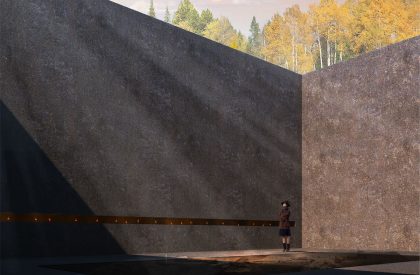 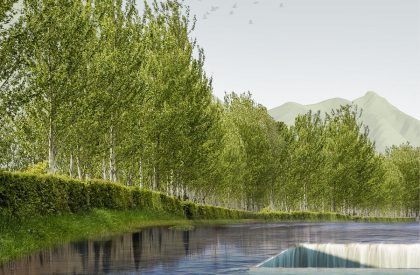 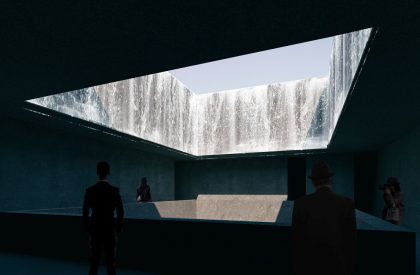 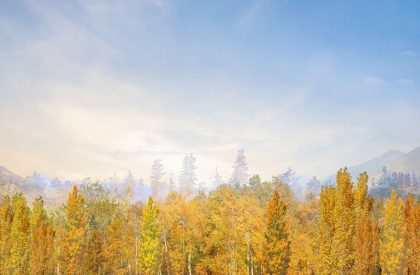 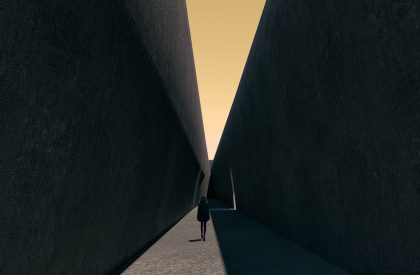