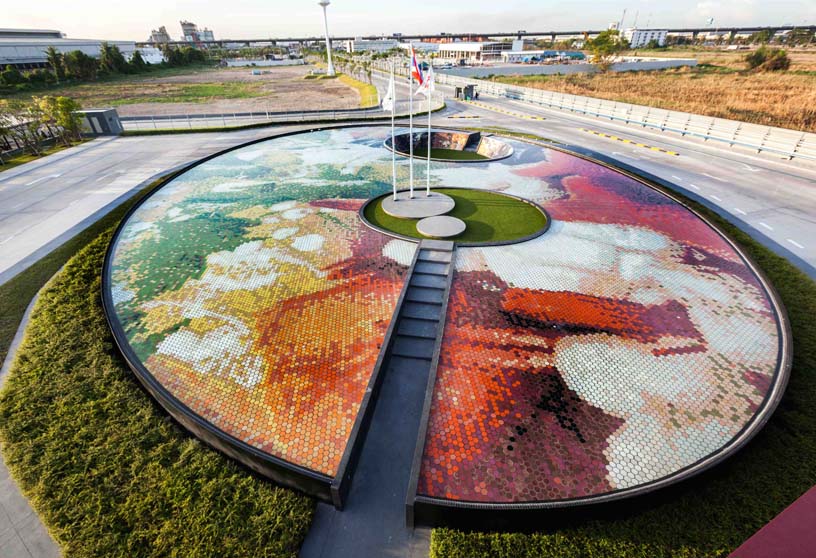 Excerpt: MK Central Kitchen, designed by Openbox Architects and Openbox Group, has landscaping playing a significant role in enhancing its core concept. OPNBX has expanded on the idea and proposes to start the exhibition with a landscape feature from outside the building and end with another view of the same landscape feature. OPENBOX team uses hardscape elements with graphics in the landscape to keep the atmosphere fun and lively.

[Text submitted by the Architect] MK Restaurants is widely known in Thailand for 27 years for serving high quality, affordable hot pot meals as well as pioneering many innovative movements. Landscaping plays a significant role to enhance the core concept.

MK is one of the most popular sukiyaki styles, family restaurant in Thailand. More than just good food, they are experts in creating warm, welcoming dining experience with fresh and colorful ingredients, music, and smile that is known as the MK style. After flood crisis in 2011, MK decided to expand and build another central kitchen in Bangna area. Agaligo Studio has been assigned as the design architect, and OPENBOX as the landscape architect for the project

MK central kitchen tour for the design team has been a delight. An impressive process of ingredient preparation already says it all about the philosophy of MK. Like the other previous ones, the new central kitchen also has an exhibition route planned through the actual preparation process. OPNBX has expanded on the idea and propose to start the exhibition with a landscape feature, from outside of the building and to end with another view of the same landscape feature.

The project consists of 3 main parts; the factory, the office and exhibition, and landscape. Each part has different, but related functions. The Architecture of an office building has an iconic touch of the red ingredient trays stacking on top of one another, which is a familiar sight on every table in MK restaurant. OPENBOX took on the bold and blunt delivery as the MK style, and follow-up with a very elaborated, and yet simple feature as an iconic symbol. A gigantic sukiyaki pot is literally placed in front of a stack of red trays (the office building) functioning as center water feature. Elaborated colors of ceramics tile finishing inside the pot have been simplified and pixelated from an image of the main ingredients that represent the color palette of MK. The walkway in to a seating area in the middle of the pot represents a large spoon dipped into the pot.

As a place for food production, the standard has been set to keep high level of sanitization, which allows very little number of trees around the building. With such limitation, OPENBOX team could still use hardscape elements with graphics in the landscape to keep the atmosphere fun and lively. Two very nice and sculptural trees have been placed in the ZEN courtyard between the office and factory building. Lines of the movement are crafted onto the surface, decorated with large pieces of marble cut into round sculptural shapes. Based on the MK style, these sculptures have been inspired by fish balls. 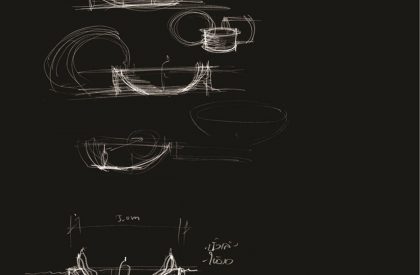 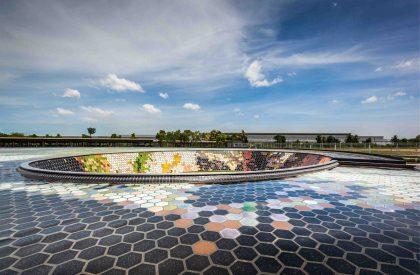 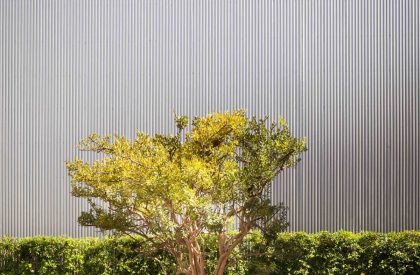 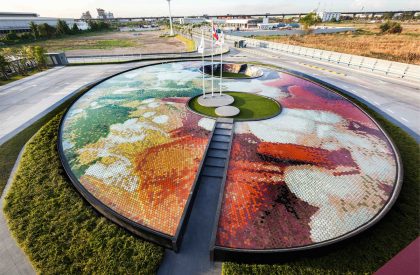 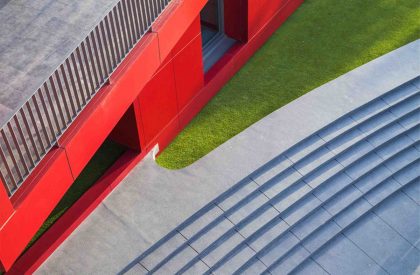 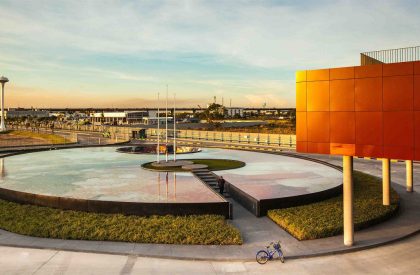 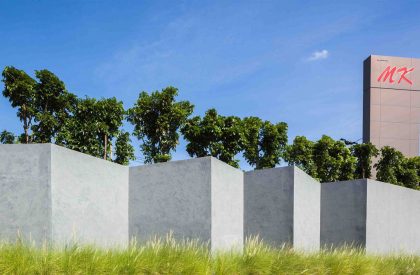 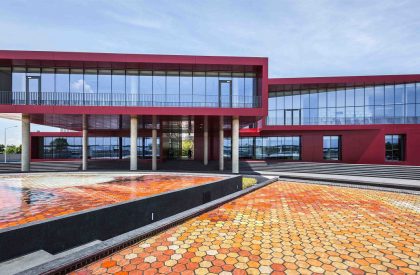 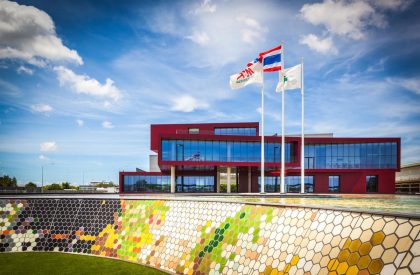 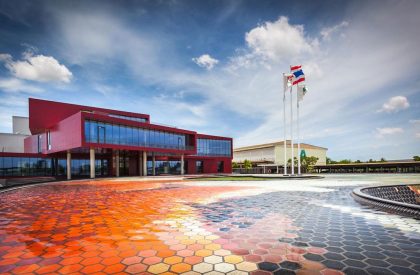 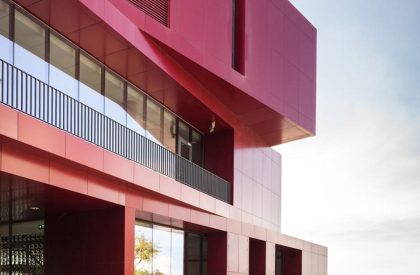 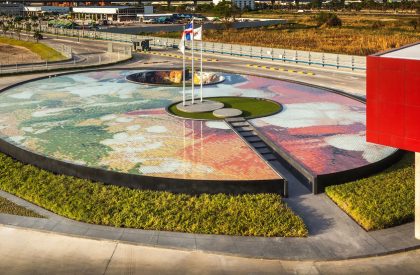 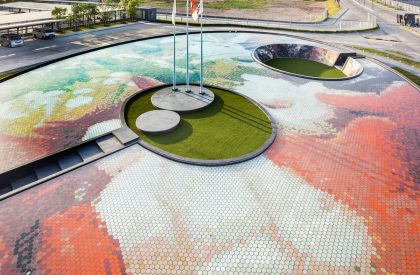 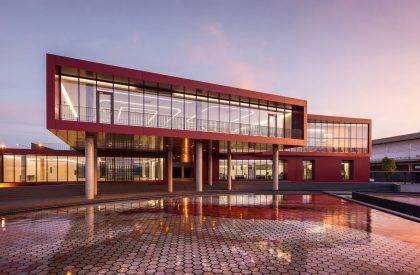 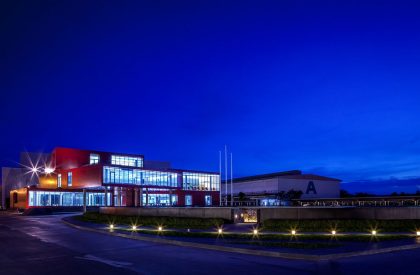 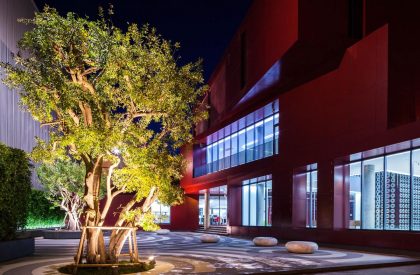 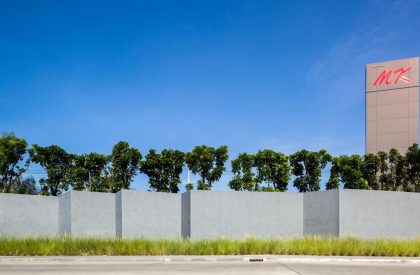 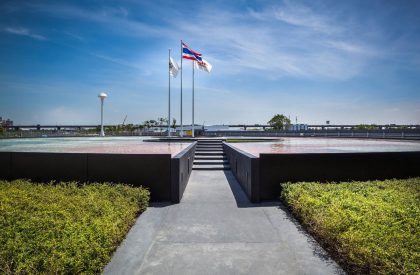 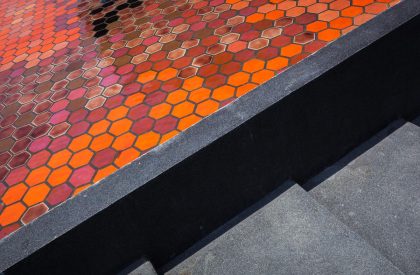 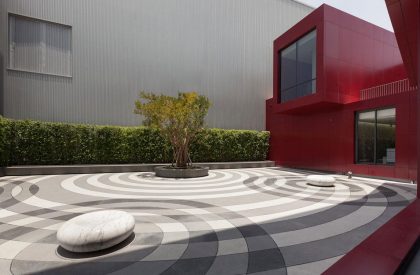 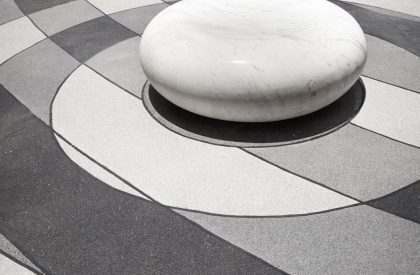 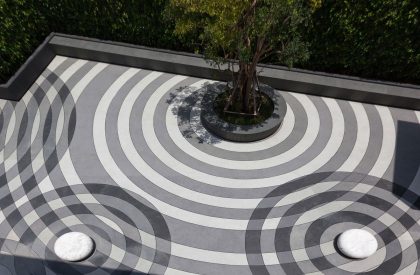 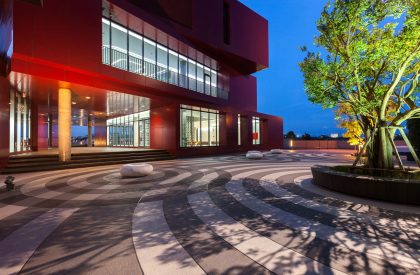