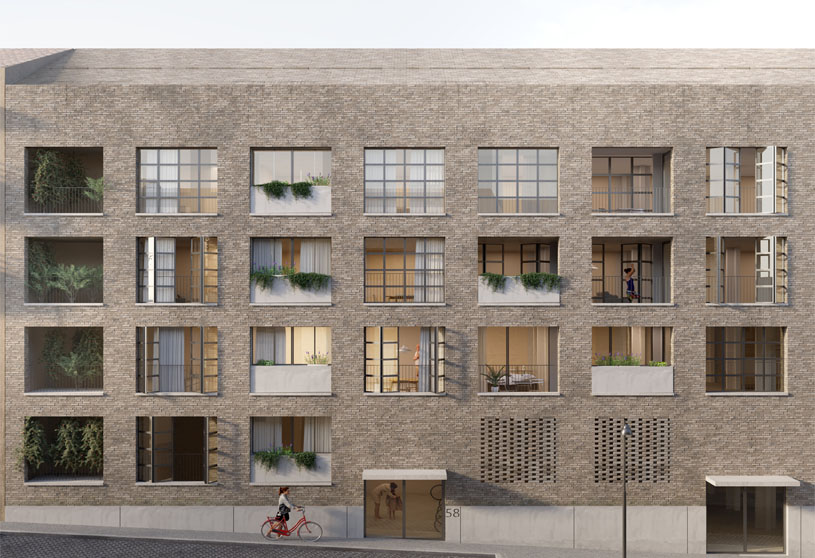 Excerpt: PLOT A – Palladio, designed by MASSLAB, is a housing ensuring the creation of alternative programs and spaces that encompass local communities without segregating them from each other. The affordable rental program allows for the support of low-income social groups, improving the city’s housing standards. Thus, the redesign requested in this competition should not be reduced to simply adding a built volume in the designated area, but should contribute as a gesture.

“If Nature does not lay the foundations, it will be a matter of craftsmanship to seek them out with art.” Andrea Palladio. There is very little choice: 99% of all houses are the same, but all people are different. There is great potential if we challenge ourselves to re-imagine this process as a whole. What if we could unleash the power of prefabrication and production in how we build our homes? We can embrace modularity as a force for maximizing diversity and create a system that adapts to people and the environment, not the other way around.

Located on the south bank of the Tagus River, Almada is a city with a privileged geographical position, considering the relationship it establishes with the territory and the surrounding water resources. Currently, in the field of housing, the municipality of Almada presents a range of strategies that aim to enhance the rehabilitation of municipal housing, the supply of affordable rental housing and other urbanistic measures of sustainability in the access to housing.

The intervention area is located in Quinta da Caneira, in Sobreda, inserted between two pre-existing buildings. In order to mitigate/dilute the discrepancy between the peripheries and the city center, the proposal should ensure the creation of alternative programs and spaces that encompass local communities, without segregating them from each other. The affordable rental program allows for the support of low-income social groups, improving the city’s housing standards. Thus, the redesign requested in this competition should not be reduced to simply adding a built volume in the designated area, but should contribute as a gesture that will contaminate the whole context, who occupies it in the present and who will integrate it in the future.

The intervention’s evident concern will be to fill in the site’s empty lot, but with the concern of also rehabilitating the way the surrounding area is occupied. The proposal proposes to formally finish the set in which it is inserted, guaranteeing a volumetric cohesion. The new block appears as a transition between the two neighboring buildings. Thus, the new block is a closing stone in the total vision of the built complex. Realizing that the intervention approach can be by convergence or opposition, the proposal seeks to agglomerate these two visions by means of an active neutrality, of a dynamic passivity. It gives the motto of occupation, finding in rigidity the capacity to accommodate change.

Le Corbusier defined the Bôite à Miracle as a box that contains everything we can imagine. The use of prefabrication allows, more than an economy of means, a rationalization of assembly and a structured relationship between each moment. The volumetric similarity between the environments allows this clarity to be transposed to the façade, making it easier to adapt the spaces and openings to the specific use required by the residents of each dwelling. Each void between the structure becomes part of a continuous space.

The air circulation contributes to the decrease of the indoor temperature and also to the removal of the sensible heat stored in the thermal mass, The openings should be placed in the south quadrant and in opposite locations to allow cross ventilation in order to reconcile the heating and cooling strategies. This type of solution allows for a high reduction in energy consumption for cooling, since it prevents most of the solar gains from immediately increasing the temperature of the interior spaces, thus reducing air conditioning consumption.

The proposed building will also be equipped with an external solar protection system, in the glazed areas, with an external shading screen, in order to reduce direct radiation into the interior of the building, thus avoiding an excessive increase of energy for cooling. The combination of the glazed spans with external solar protection still allows a good natural lighting of the interior spaces, drastically reducing the electricity consumption with lighting, and on the other hand avoiding unnecessary solar and internal gains in the cooling season. The strategically located glazed windows allow for good capture of solar gains in the heating season, resulting in a very interesting passive heating of the building. 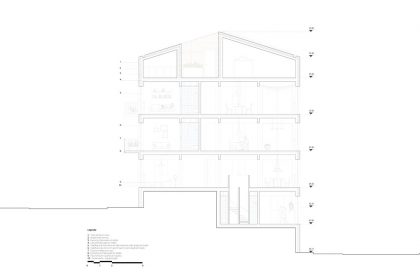 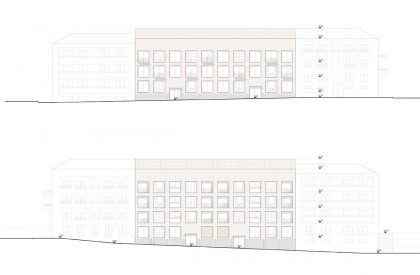 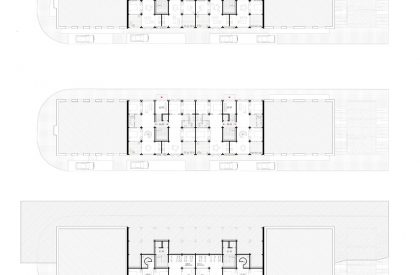 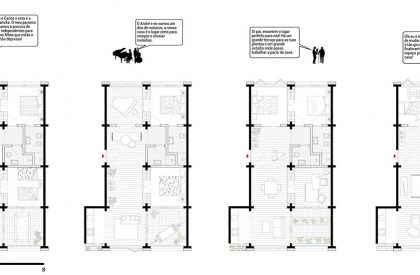 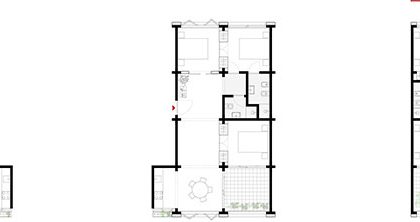 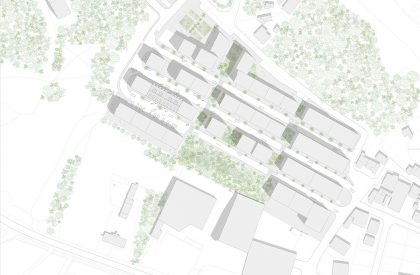 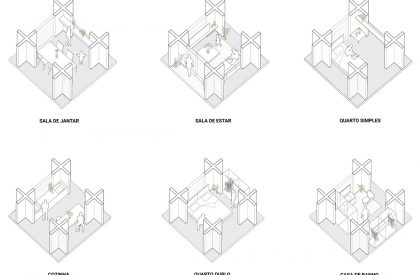 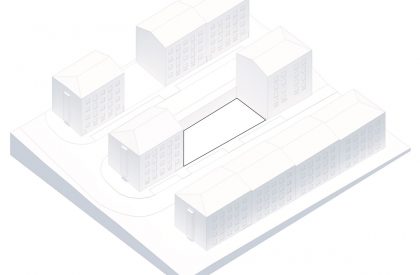 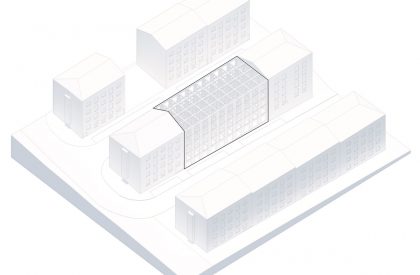 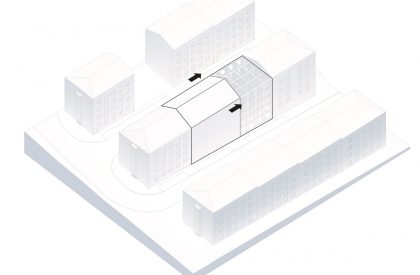 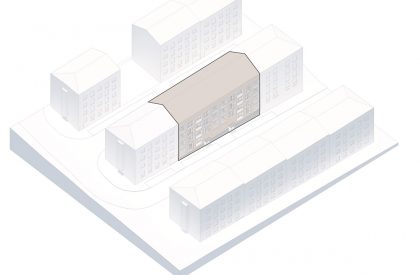 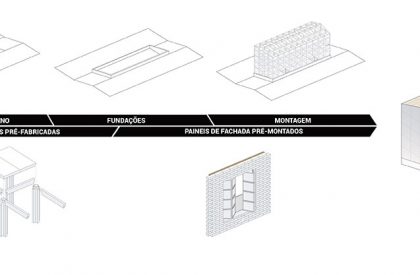 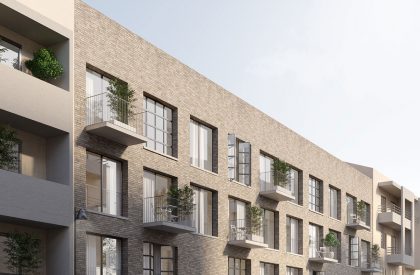 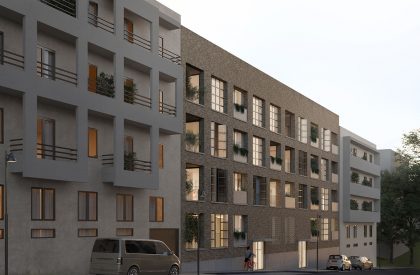 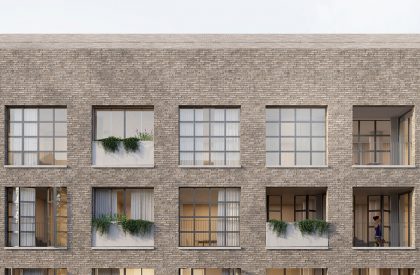 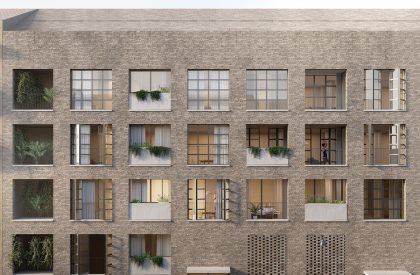 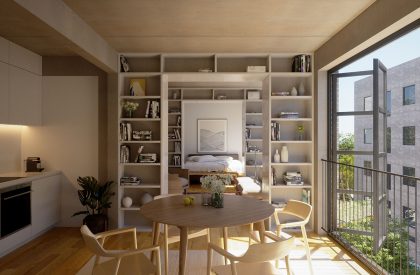 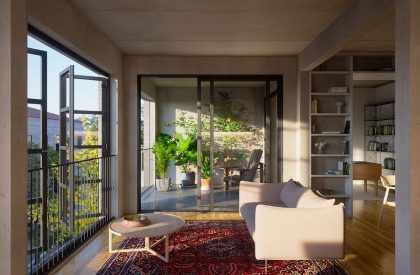 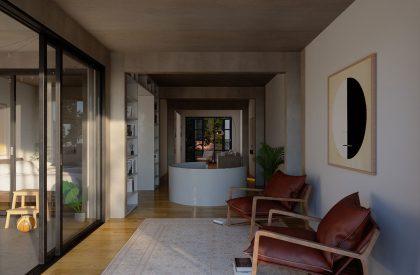