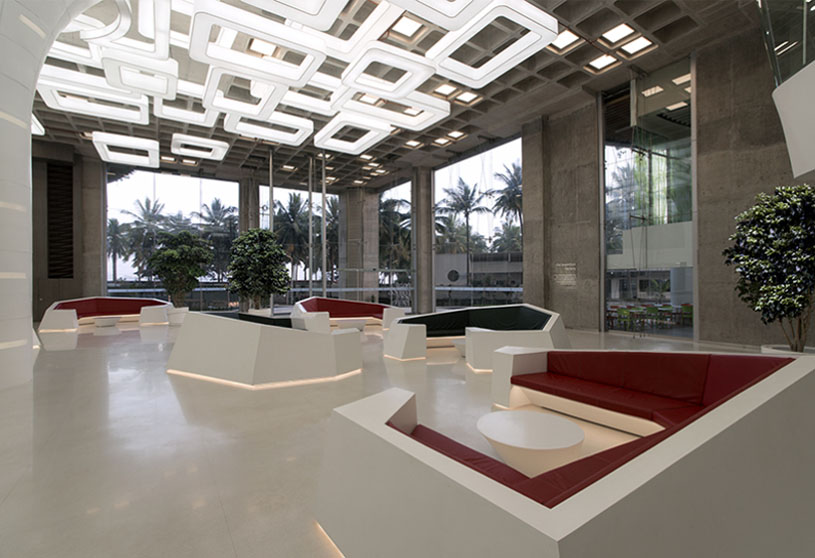 Excerpt: Reflected Topography- BGRT, designed by Collaborative Architecture, is a skillful response to design a multi-functional Public Space. The lobby is dominated by a central column. The Central column became the axis for spatial orientation. The lighting design plays the lead role in the overall architectural identity, and the project succeeds in effortlessly merging the lighting design and architectural space into a unified whole.

[Text as submitted by Architect] The project is a skillful response by the architects to the client’s rather, complex brief to design a multi-functional Public Space, which could include variety of programs like Work Lobby, relaxing zone, waiting zone, transition zone, and also a place where intimate and private meetings could happen.

What could a typical Office Lobby be? Could it be more than a reception space and trigger meaningful social interactions? Could it be more than a signature space, where the architects showcase their design skills and, the clients reiterate their corporate influence?  What could be the strategies for a successful public space design in a highly secured and controlled campus? – These were few key issues Collaborative Architecture addressed at outset of design process.

The aspiration of the client, who is patron of good designs, made the design process challenging, and according to the architects, pushed the boundaries of innovation, that set a bench march for Public Space Design by its out of the box design and sustainability agenda (The project is Platinum LEED Certified)

The lobby is dominated by a central column, which supports the waffle slab system that spans across 32 m X 32 m space, with a height of 9m.The front facing sides have structural glazing and the sides on the back are stacked with services and toilets.

The central column anchors the spatial disposition and in the vast lobby. The architectural lighting has been conceived as foliage which stems from this anchoring element. The column has been clad with Corian panels, with special details to have access for maintenance and service.

The seating cluster, again specially designed for the project triggers social interactions, and creates an undulating topography of contoured volume at the eye level, in a way complementing the undulating pattern on the ceiling. The Strip light, highlights along the bottom of the sofa clusters creates a dynamic pattern and goes as an integral part of the overall design.

The waffle slab system, which is the most dominant part of the space, left exposed to highlight the structural clarity of the space- one of the earliest design decisions which paid dividends. The pattern of the waffle system acted as the spring board for the design of the customized lighting, which resulted in a highly dynamic space- reflecting the geometry of structural system- the REFLECTED TOPOGRAPHY.

The lobby functions nearly 18 hours a day, the project is equipped with BMS with Dali ballasts for Day Light Harvesting. The expansive glazing on two sides allow ample amount of daylight during any season, making the system utilize minimal energy in day time.

LED based light sources have been used for the project. Customized Fabric lights  has 1200 long LED tubes, the passage spaces have 600 & 1200 LED panel lights and 5W LED Spots and the waffle has 600 X 600 LED Panel Lights to supplement the customized lighting and to create a pattern  in the waffle, which complement the configuration of the fabric lights. 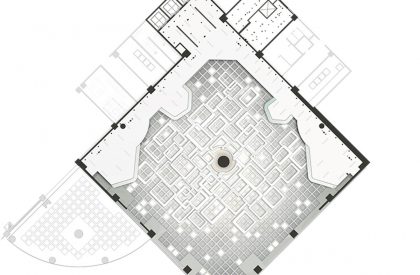 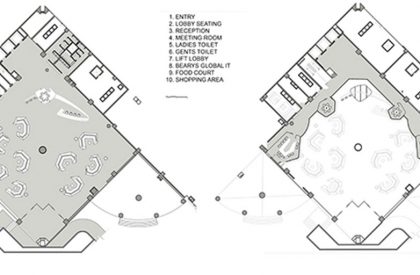 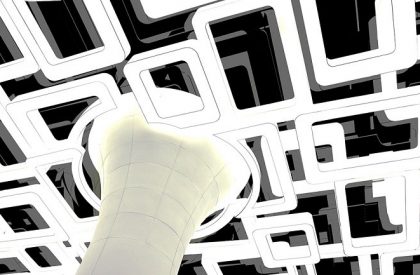 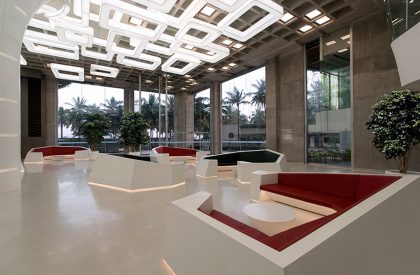 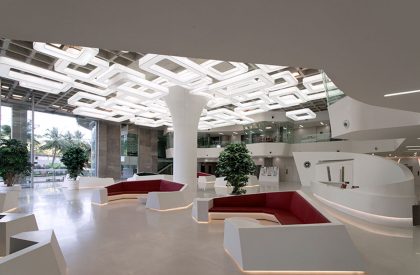 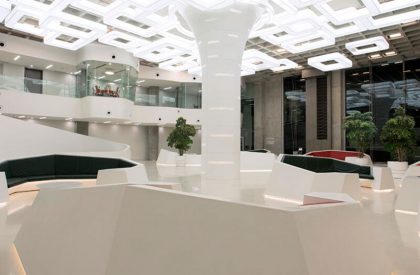 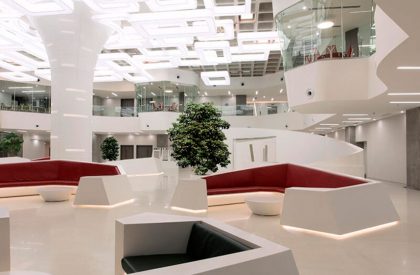 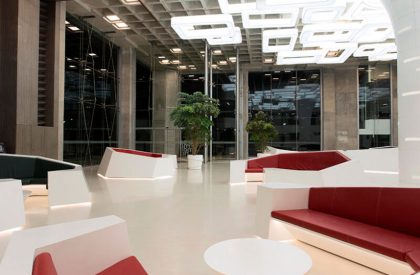 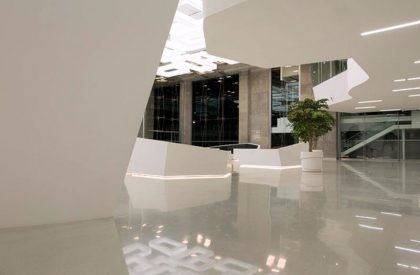 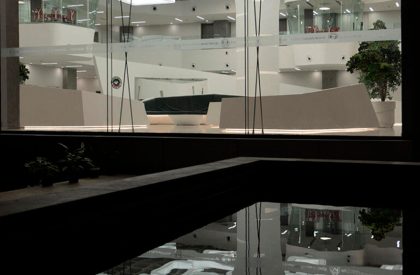 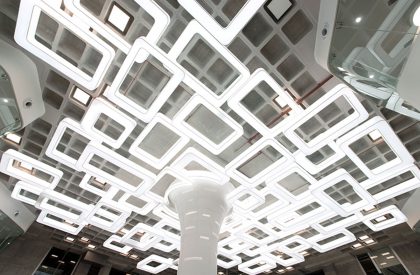 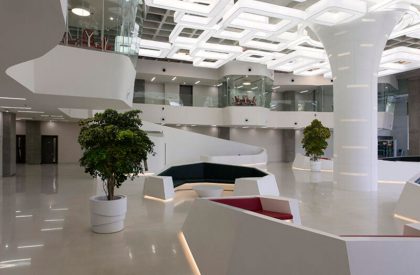 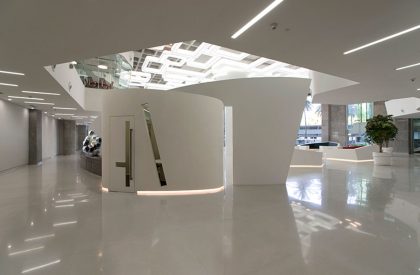