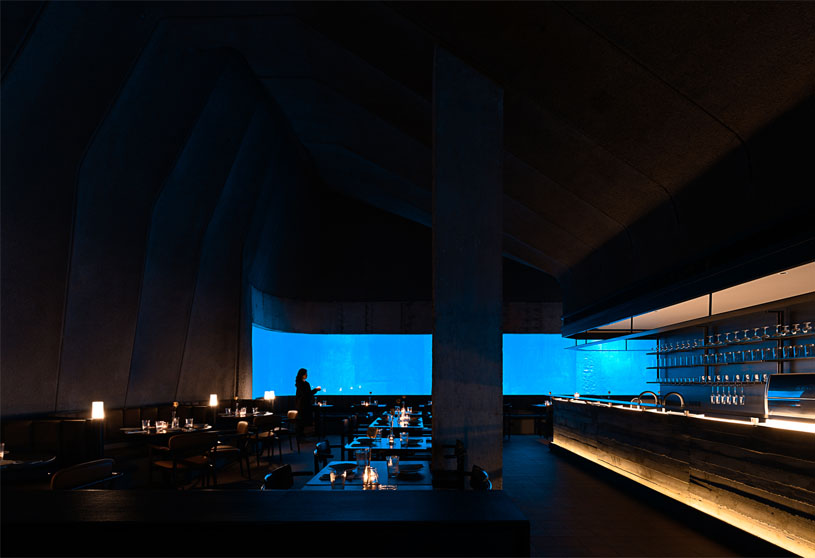 Excerpt: Return Restaurant is designed by an architectural firm Return. The design team wanted to create a dining environment that naturally triggers emotional reactions in this underground space.

[Text as submitted by the Architects] Living in the urban concrete jungle, we yearn for the ocean and have portrayed different versions of underwater worlds. The sea is abstract yet concrete, stimulating infinite imagination. It’s like a metaphor, connecting with our emotional perception as architecture does.

The endless coastlines on the earth divide two different worlds between reality and imagination. As it approached this restaurant space, the design team brought in a large area of blue as the highlighted visual element. It’s like an invitation that the sea sends to people, conveying calmness and restraint under the dynamic ocean surface. The overall spatial expression is intended to invite people to “slow down and stop for a rest”.

The design team wanted to create a dining environment that naturally triggers emotional reactions in this underground space. Combining visual elements, local context, and architectural space brings a unique experience. This is an imagined space where the sea flows and a place that reflects daily life.

The restaurant is located on the first underground floor in a shopping mall, and it has an independent entrance. The space was formerly an aquarium. The original cast walls, structural beams, and columns formed an ample, dark underground hollow space.

After site investigation, the designers decided to retain the current temperature and textures of this underground space, dismantle the decorative components on the surface, and maintain the two existing large fish tanks. The team intended to create a deep sea-like natural, mysterious, pure, stifling and calming atmosphere. Here, the diners can experience the ocean and feel like they’re surrounded by it.

The bar counter is the centre of this rectangular space. Apart from the water tanks, it’s the only primary light source in the space. Filled with dim and warm light, it’s hoped to be the guests’ company for resisting the feeling of loneliness in the “deep sea”. The top of the bar counter extends upwards and connects to the ceiling and interior facades, forming a curved structure. The structure creates a primitive cave-like space, where only a part of the “cave wall” is exposed. The inside area where light doesn’t reach is almost in empty darkness.

The design team created a skylight on the top so that natural light can filter in through the entrance on the ground floor, thus strengthening the three-dimension effect of the space. It offers an intriguing visual experience as diners look upwards. The space is full of bold imagination about the ocean. 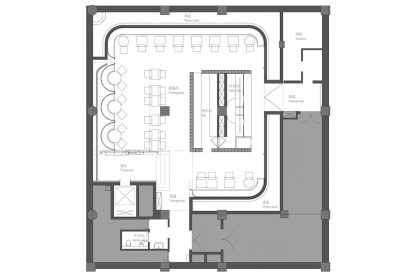 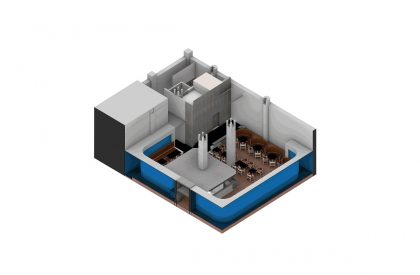 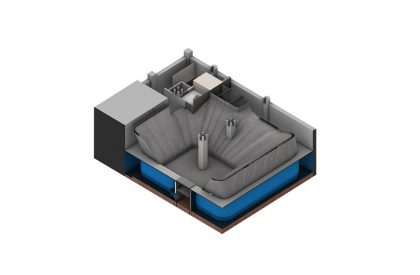 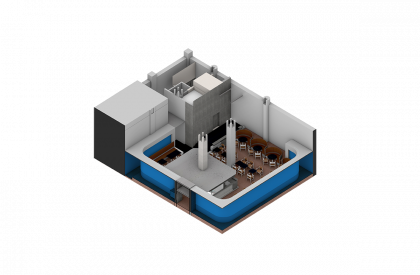 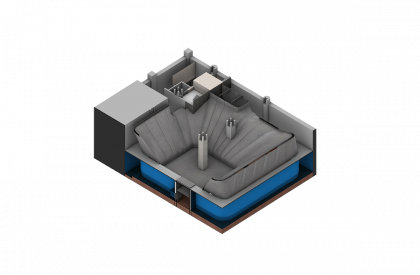 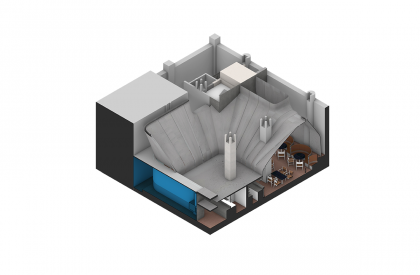 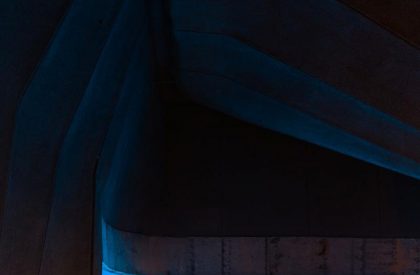 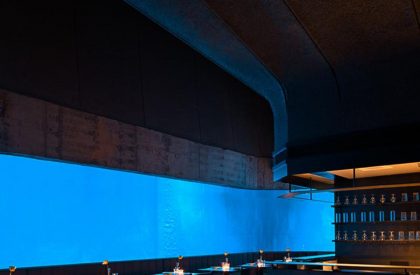 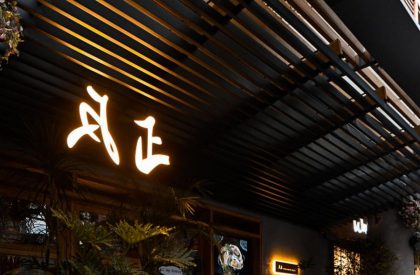 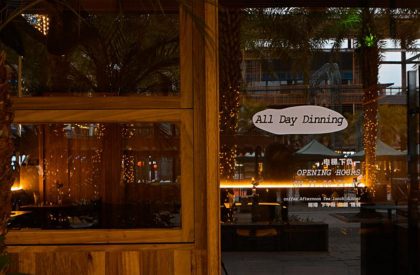 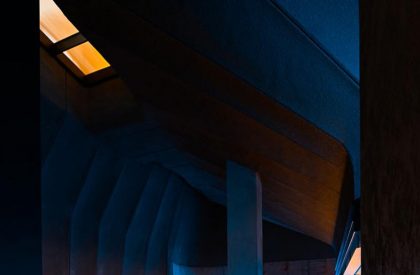 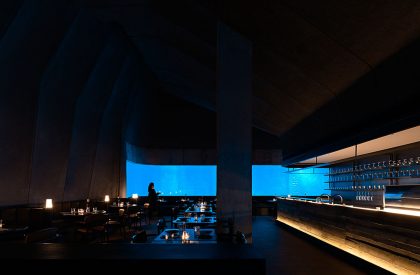 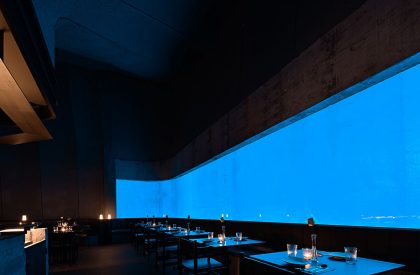 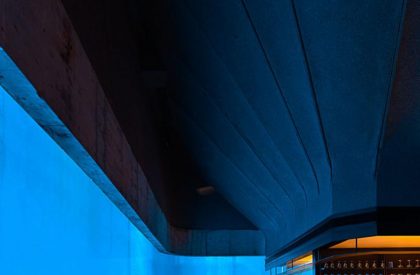 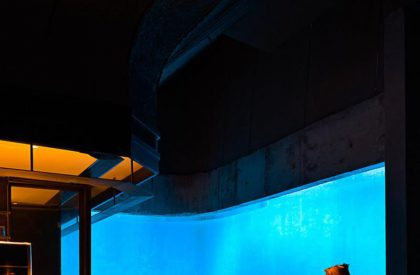 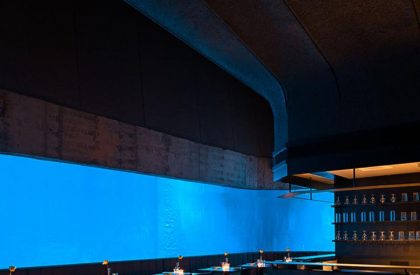 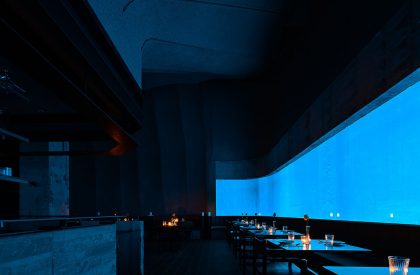 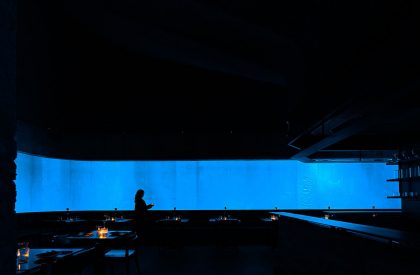 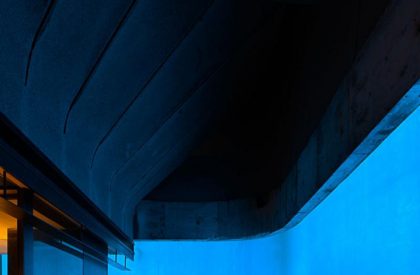 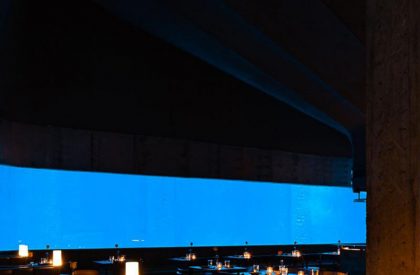 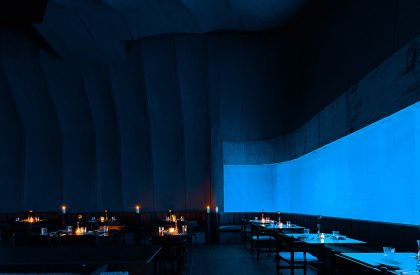 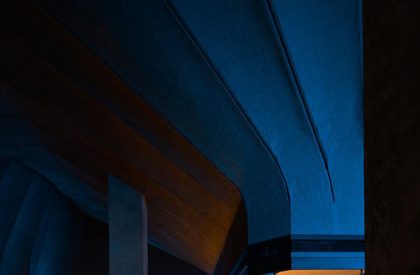 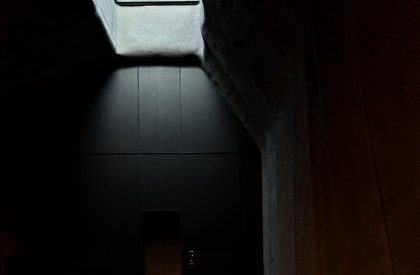 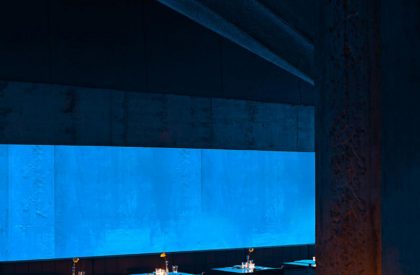 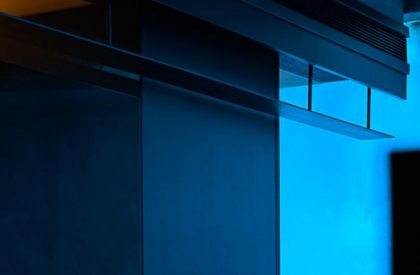