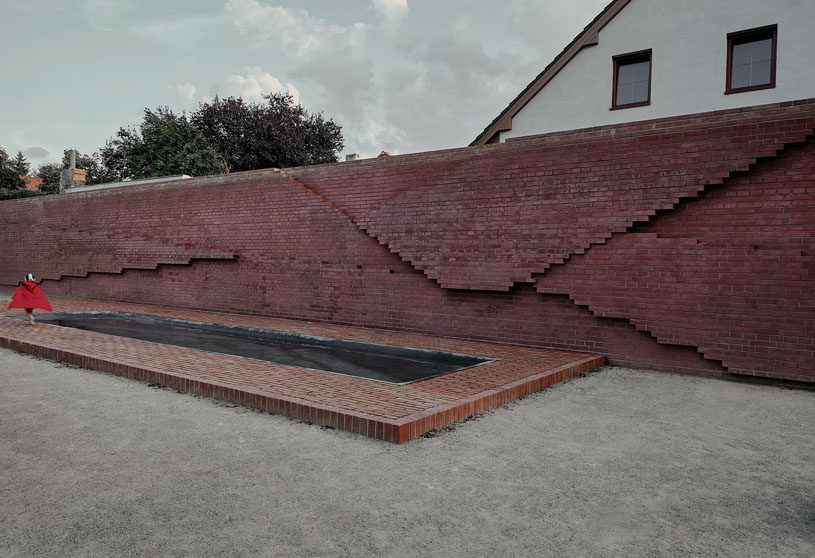 [Text as submitted by Architect] The site which is now home to the Hussite revolution park in Čakovice was historically the location of a village green with a lake. During the era of the First Czechoslovak Republic, the lake was drained and the area converted into a park. During the construction adjustments of that time, the houses that had lined the original lake were demolished. The remainders of the roof gables of these buildings were still visible until the recent reconstruction that took place in the years 2019-2020. The author of the reconstruction of the park was the landscaping studio Land05, headed by Martina Forejtová. S K U L L studio was invited to take part in the design of the perimeter wall on the southern edge of the park. The outcome is this sculptural-architectural monument – a brick relief, with a degree of hyperbole entitled Superpower Wall.

The theme of transformation is a fundamental idea of realisation. After the conversion of the original village green, the contours of the gabled roofs remained inscribed in the perimeter walls of the park. The motif of these diagonal lines, sketches of time, is the basis for the current form of the brick wall – relief, where classic technology of the brick structure is taken to the very edge of practicability. “It’s a memento of what is no longer here, which nevertheless leaves its imprint on the place and time,” describes the author of Superpower Wall, the sculptor Matěj Hájek from S K U L L studio.

In contrast with the traditional construction material, the wall is furnished with a nano-technological transparent coating, which thanks to its photocatalytic properties (without chemicals and waste substances) cleans the surrounding air. The surface of the wall is impregnated with titanium dioxide, which together with UV radiation is capable of liquidating up to several kilograms of harmful substances per year on a surface of 1 m2. The unique technology was developed by Czech scientists from the J. Heyrovský Institute of Physical Chemistry.

“The invisible plays a dual role here. On one hand, there’s the nano-technological coating which depends on sunlight in order to function, and on the other is memory, fragments of recollections that exist only in our imagination. What is essential is not what we see, but precisely that which escapes our vision,” adds Hájek.

The brick relief wall is complemented in close proximity by a water feature designed by the XTOPIX studio, the dark surface of which is reminiscent in its colour of the bed of the former lake. 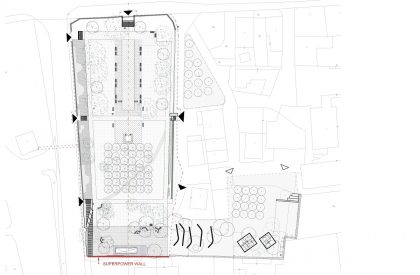 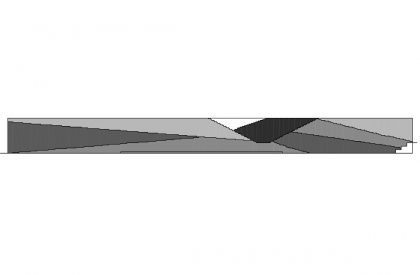 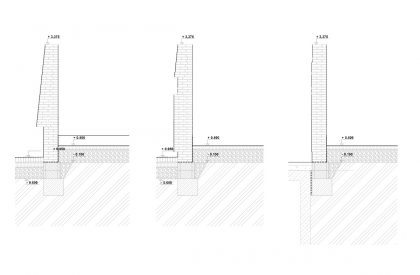 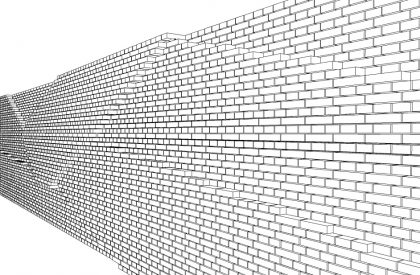 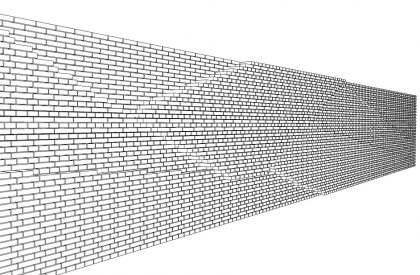 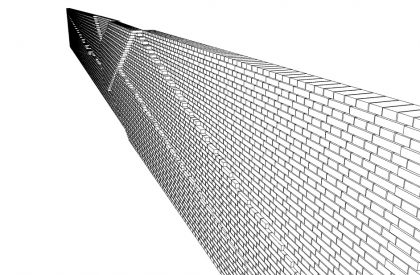 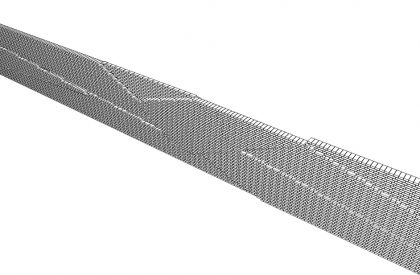 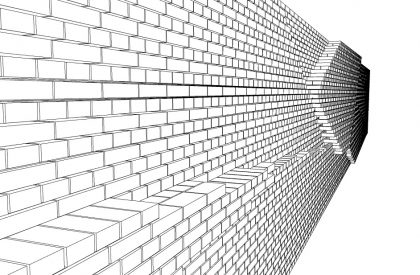 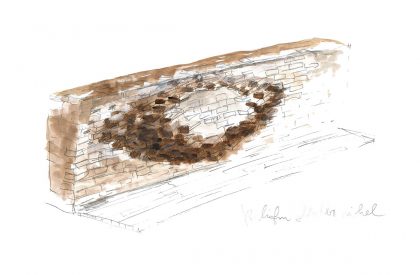 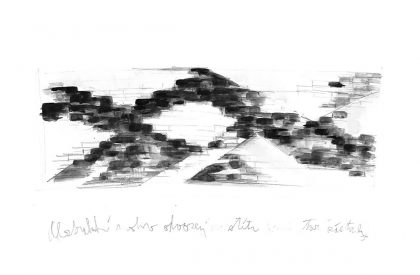 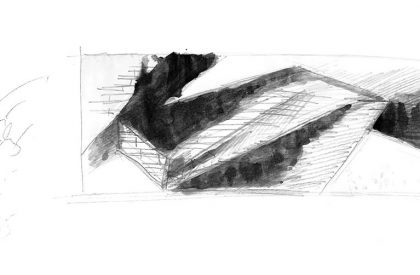 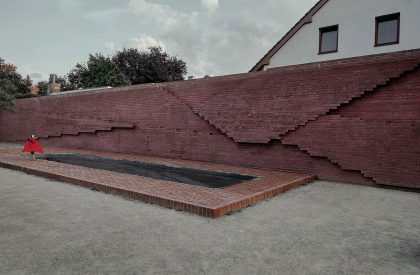 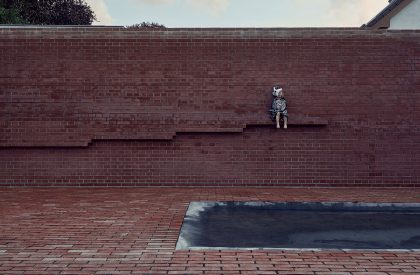 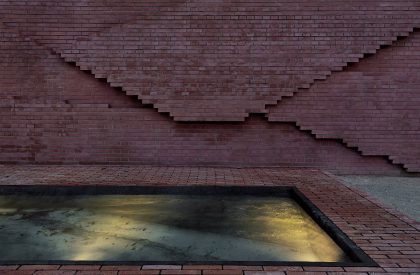 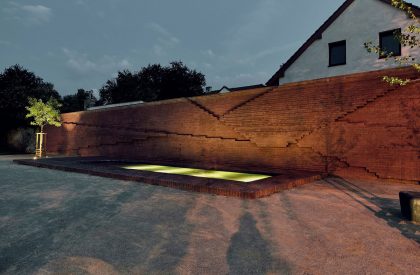 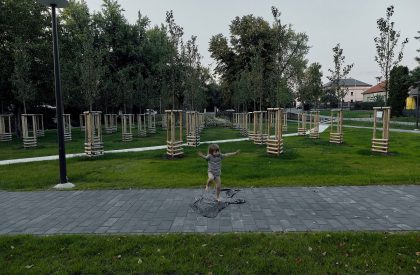 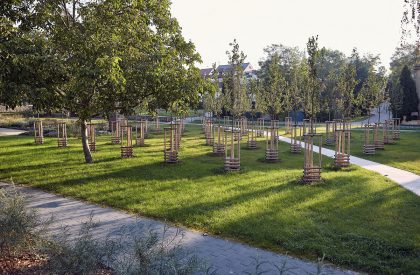 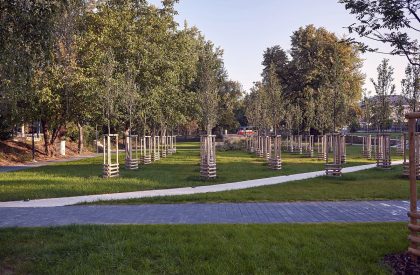 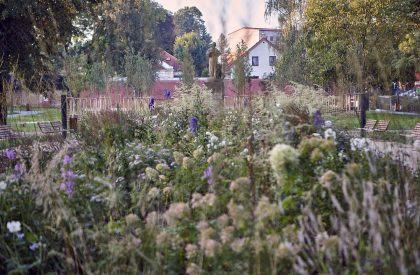 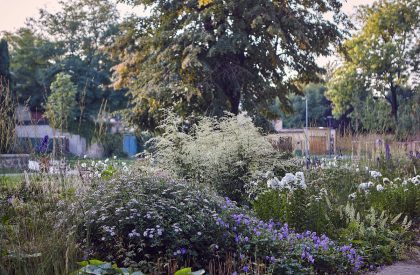 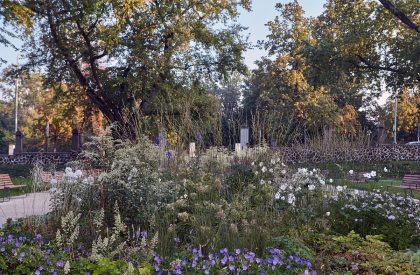 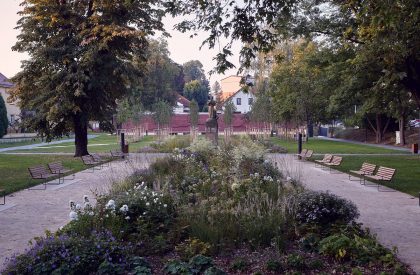 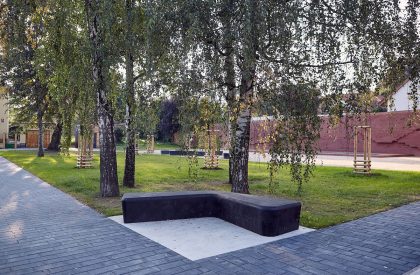 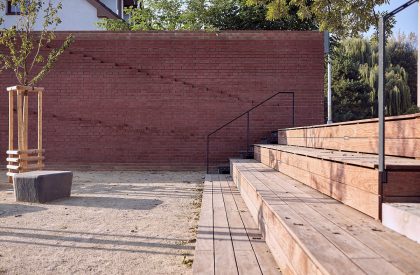