Excerpt: Row House, designed by the architectural firm Connatural, is a residence that is inserted between party walls. It is inserted into a block, in a narrow and deep batch on an existing slab. What is sought is to dialogue with those situations and subtly build a relationship between the outside and the inside. If the world is made of correspondences, the house assimilates it and seeks to generate connections with its surroundings.

[Text as submitted by Architect] The house is between party walls. It is inserted into a block, in a narrow and deep batch on an existing slab. What is sought is to dialogue with those situations and subtly build a relationship between the outside and the inside.

If the world is made of correspondences, the house assimilates it and seeks to generate connections with its surroundings. Located from east to west in Bello, a working-class neighborhood that has become denser, the house seems to be synchronized with the light that invades it; the vital rhythm of the place is in a kind of harmony with the hours of the day. The aim is to shape the space using traditional techniques typical of the place: generating patios that speak of the relationship with the vegetation of the typical houses of the neighborhood; create variations in the section to generate spatial particularizations; promote niches in thick walls (which make one think of the footprint of living on a wall whose wall has been demolished); play with the interior voids, with the balcony (reference to the front yard), with the masonry and at the same time experiment with the idea of ​​time reflected in an atmosphere related to light, the patio, the facade.

For the construction of the house conventional, vernacular tecniques and materials are used: masonry, plastering, oil base paints, metalwork obtained from local recycling processes and frosted glass used to dilute external views.

The spatial system of the house is built from the fracture/division of the general section in  search of gradations of space. These gradations strengthen the identities of the different program elements.

The use of courtyards/patios brings us to the fundamental question about the importance of inclusion of nature, light, air and sound in domestic life.

It is intended, from the use of materials in a frank way, to orient the gaze towards the original constitution of matter, towards the initial concepts of architecture that speak of proportion, light and air.

The images and ideas of the world that it allows enter the house and this is tangibly materialized in the material of the front facade, which dilutes the image of the exterior, moving it away and causing visual estrangement towards the vegetation of the balcony and the neighborhood daily situations.

Starting from the idea of ​​depth, total spatiality is developed. The house displaces the walls to the sides, originating the central space —the void— in order to provide continuous places where everyday life is presented.

“Maybe the project is to rediscover the architecture in which the same light, fresh dawn, the shadows of a summer afternoon, sunset blue filter.” 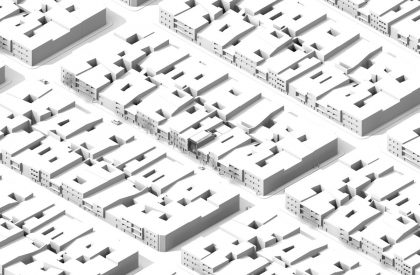 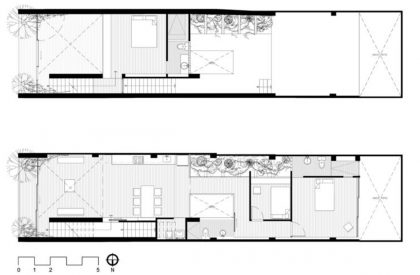 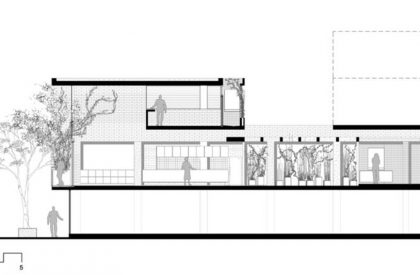 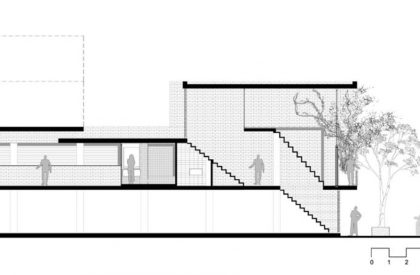 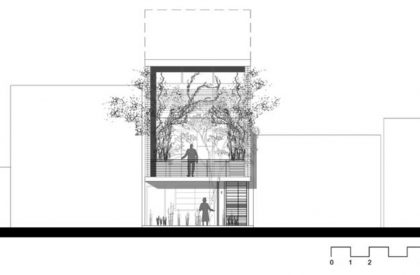 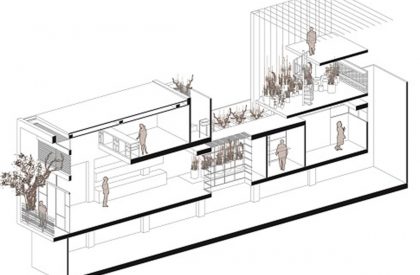 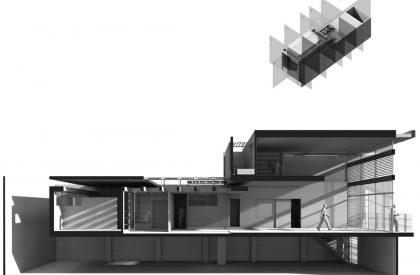 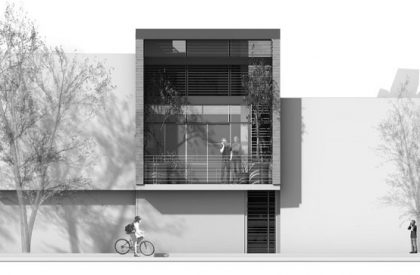 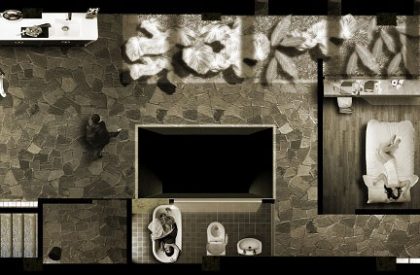 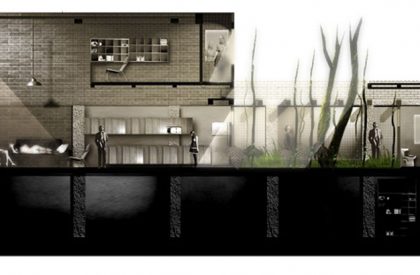 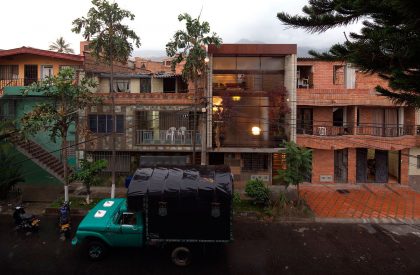 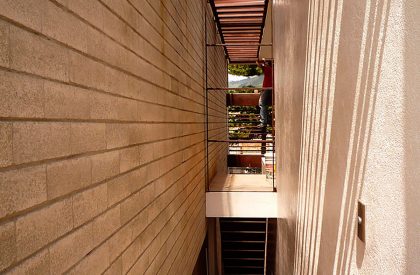 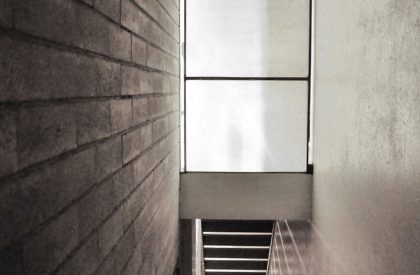 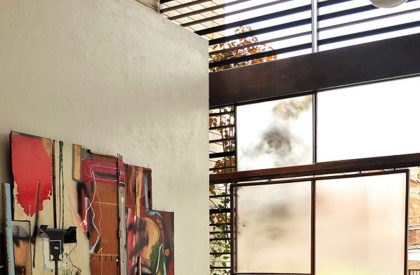 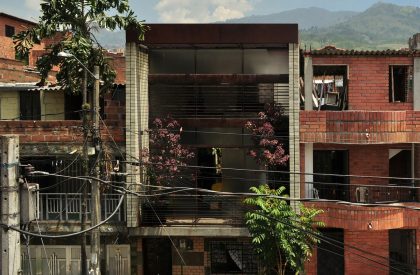 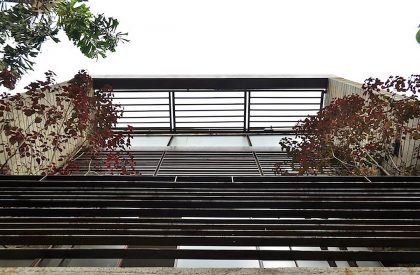 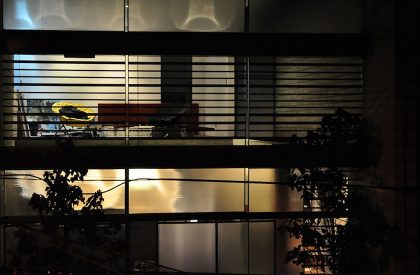 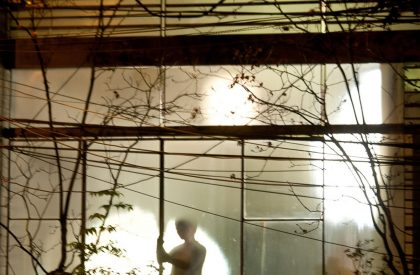 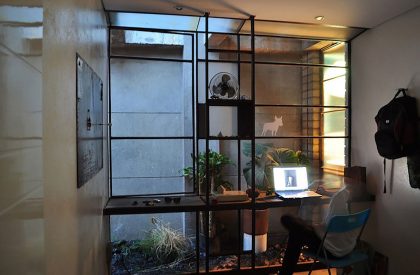 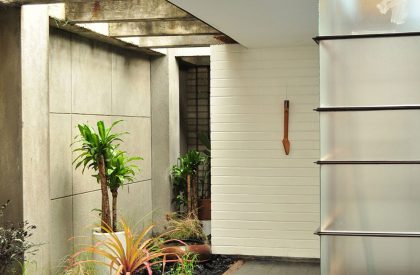 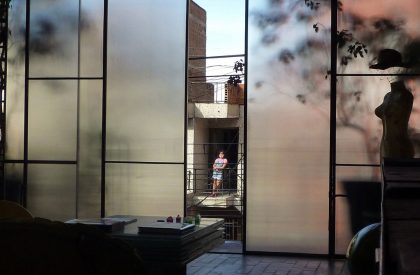 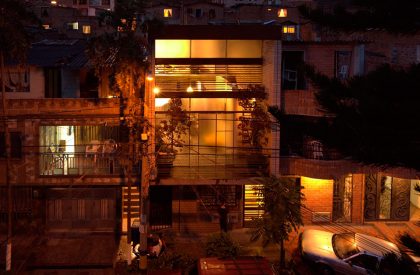 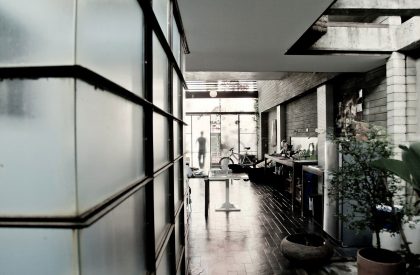 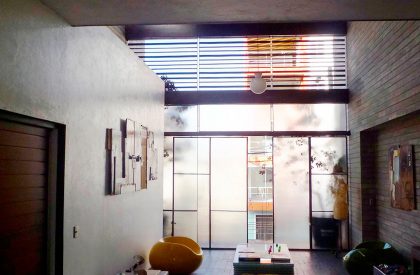