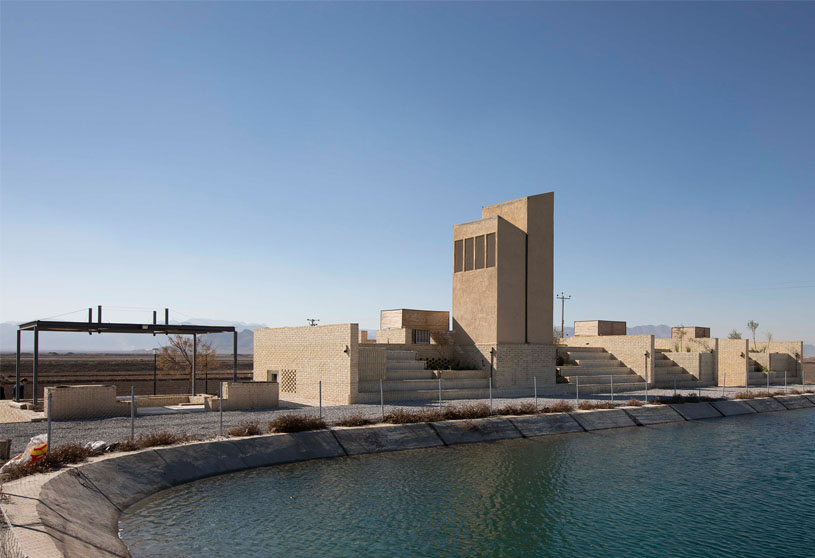 Excerpt: Shahrasb farm villa is an architectural project designed by Hajm.e.sabz in Iran. The project is designed with load-bearing pressed brick walls and smooth rough arches, which was the native workers’ skills, these brick walls also are thermal mass for dry climates.

[Text as submitted by architect] There has been a gradual and growing drought in the eastern region of Isfahan, downstream of the Zayanderud River since 2000. Our client’s farm was affected by the drought too. Because of the drought, the owner of the farm, who is an ecologist and activist in the field of water rights, created a pool to collect water from wells and increase the efficiency of the Irrigation. Also, he decided to substitute horse breeding business for a part of agriculture. After this shift of business, the owner asked us to design and build a new villa and an office with a very tight budget. The client’s requirements included low maintenance costs, low energy consumption, and usage of environmental energy to deal with the hot and dry climate.

Thus, the project is designed with load-bearing pressed brick walls and smooth rough arches, which was the native workers’ skills, these brick walls also are thermal mass for dry climates. So the building includes a one-bedroom villa and a workroom, which in other words, it can be referred to as a “Home Office”. Several environmental decision has taken to reduce the cooling and heating load of the building which avoiding extra heat gain in summer is major; like vernacular straw shades, using extra massive brick and earth for thermal mass in north façade, east-west orientation to reduce heat gain in summer and vice versa in winter and avoid facing through east and especially west, using wells water for preheating and cooling.

Considering the limited funding of the project, solid bricks accounted for more than 95% of the project materials, which are the conventional construction material in that area. These bricks are made by the local workers. Waste of material was minimum due to the small size of bricks. Due to the high capacity of load-bearing, these bricks are used to make load bearing walls. On this basis, the walls on three sides are load-bearing, and steel beams and waste brick are used for the rough brick arch roof. The beams are spaced 100 centimeters apart, and bricks are raised to a height of about 4 to 5 cm in between them, which transfers the pressure into the beams. This is where we used brick wastes.

The thick thermal walls act like a battery in the 20° to 25 °c temperature difference in the summer in the desert. Accordingly, the thermal masses are cooled down by opening the windows and ventilation shafts(windcatcher) at night, and by the closed openings and ventilation shafts during day time, these walls act as a thermal sink, absorbing any heat emitted from the human body, etc. 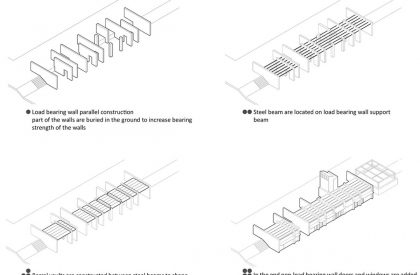 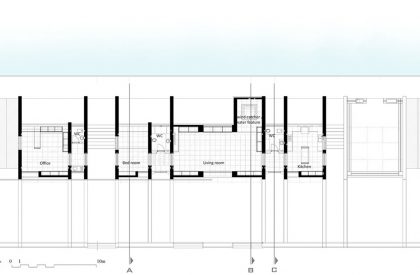 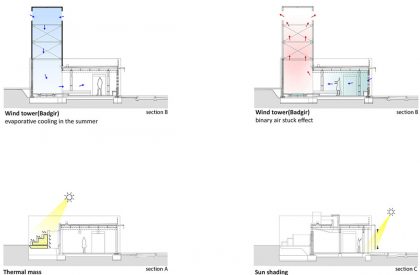 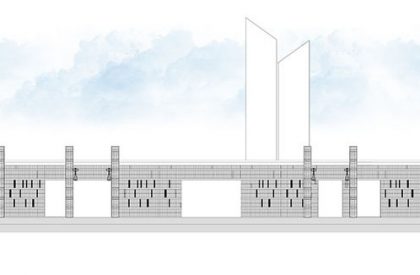 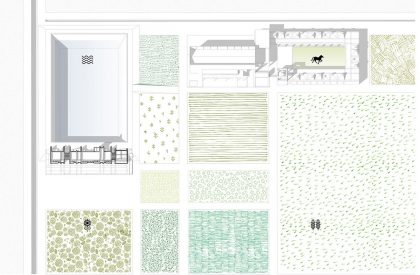 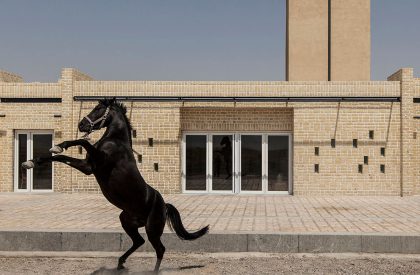 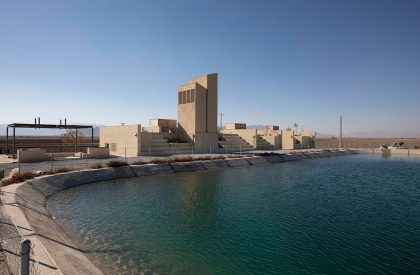 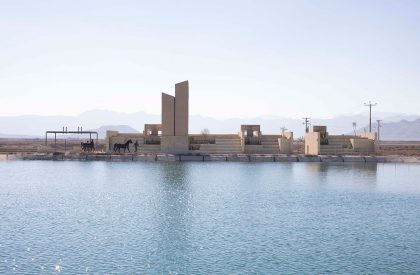 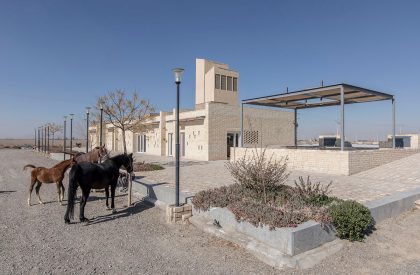 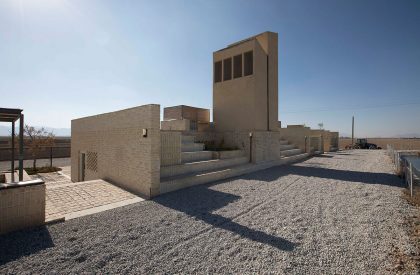 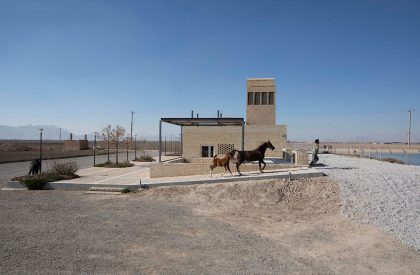 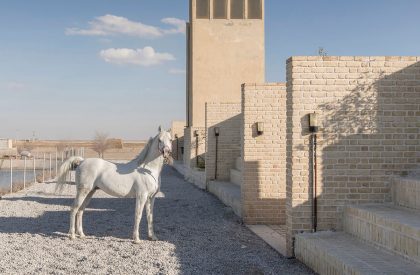 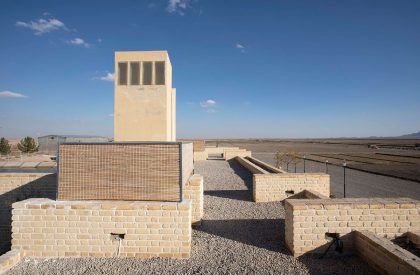 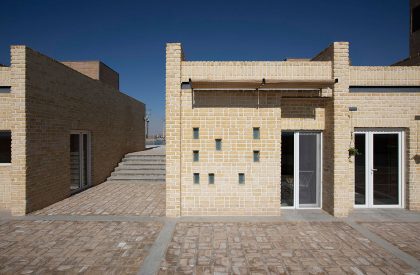 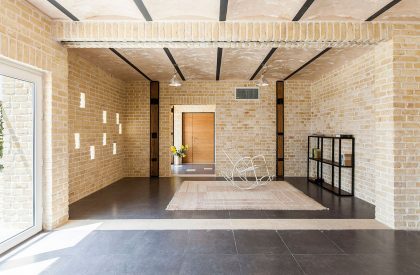 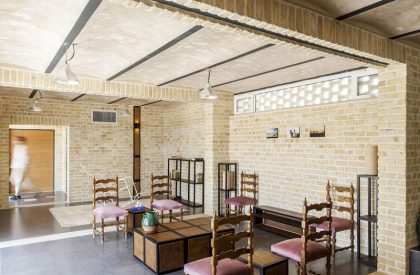 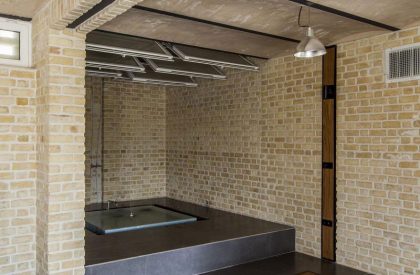 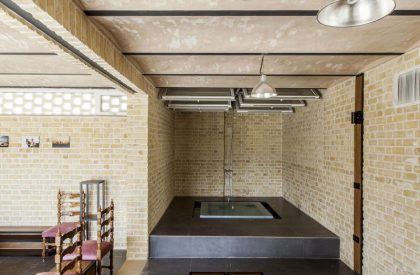 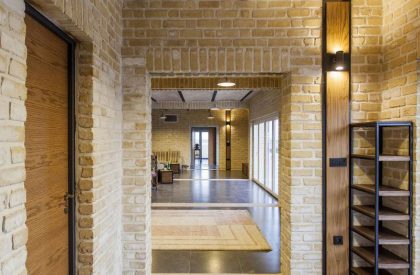 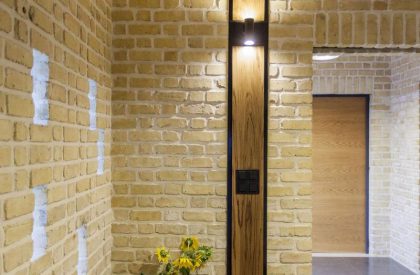 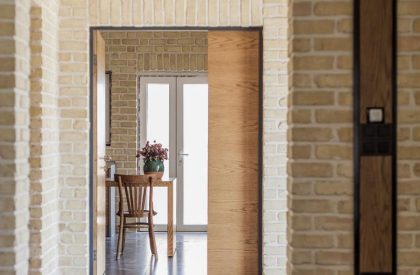 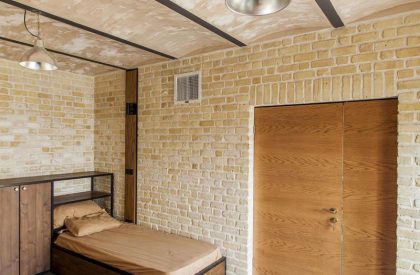 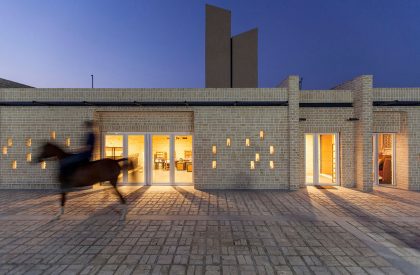 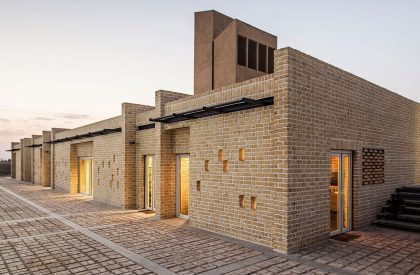 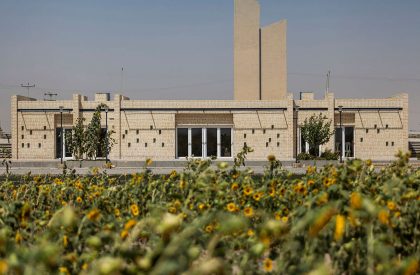