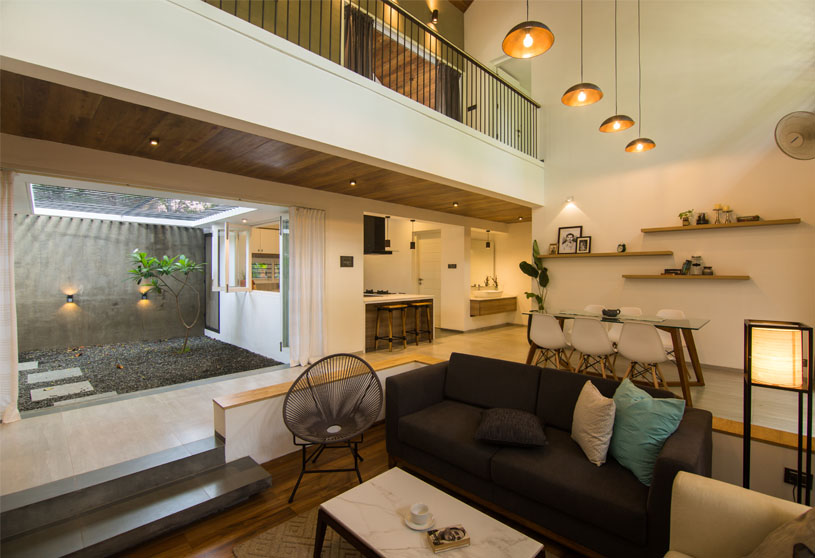 Excerpt: Side Yard is an architectural project designed by Studio Acis in Kerala, India. The site situated in the suburbs of Ernakulam, at Eroor, was in every aspect a typical urban plot among a series of similar plots of 6-9 cents, with double storey residences. The west facing plot abuts the road on its narrow edge, and the plan is linear along the East-West axis.

[Text as submitted by architect] The sideyard house is tropical solution for an urban generic site. It is a response to the constraints set by the context – the locality, the linearity of the plot, its orientation and its relatively bland character. It is a manifestation of tropical design philosophies culminating in a refined space that has an identity of its own.

The site situated in the suburbs of Ernakulam, at Eroor, was in every aspect a typical urban plot among a series of similar plots of 6-9 cents, with double storey residences. The west facing plot abuts the road on its narrow edge, and the plan is linear along the East-West axis. The major concern while designing in the linear plot in the urban context was maximum space utilisation without compromising open green spaces. The solution was to bring in the sideyard spaces, that are narrow and left unutilised in small plots and treat them as an extension of the interior. This allows large openings to the side yard gardens from interiors without compromising privacy or security.  The zoning of common areas such as the living, dining and kitchen around courtyard in a free flowing open plan makes the interiors well lit, spacious and encourages interaction between spaces.

The functional zoning of the house encourages interaction between different spaces. The common areas surround the main courtyard, maintaining a visual connectivity between the kitchen, dining and living spaces. In the first floor, the open terrace and balcony also overlook the central courtyard, thus linking the two floors of the house visually. While privacy is a priority for the bedrooms, no common space in the house is isolated. The planning encourages the family to spend more time in the green zones – the courtyards and side-yard linked to the living spaces.

These green spaces engage the inhabitants in a dialogue with nature. The double-height of the living-dining space allows a visual connection between the first floor and side yards.The sloping roof over the double height volume reduces the heat build-up in the living spaces. The truss roof is constructed to achieve double layering. This air gap is ventilated and the hot air is expelled through the outer edges of the truss to the outdoors. The house is well ventilated by its large openings and channelling of wind flow through courtyards and side yards. 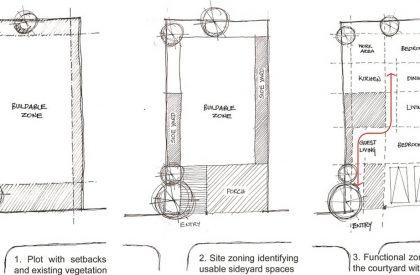 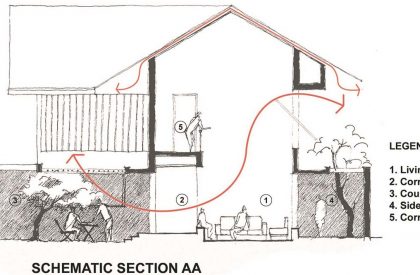 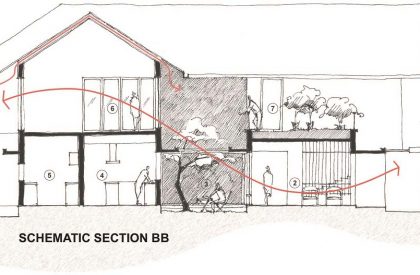 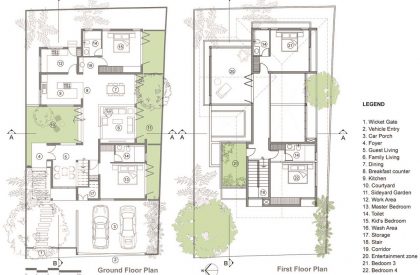 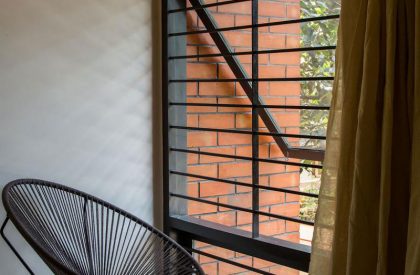 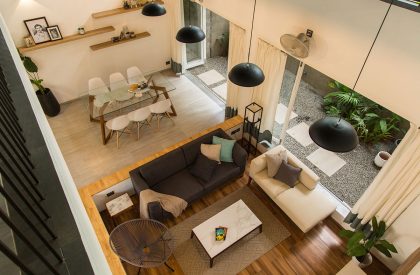 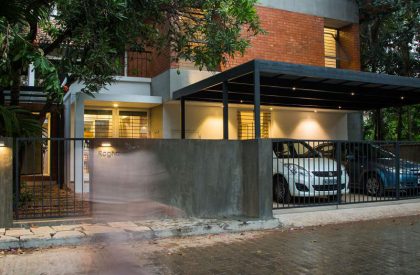 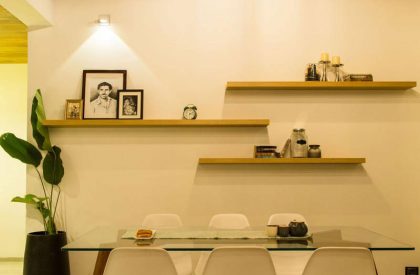 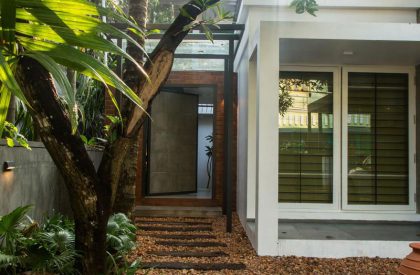 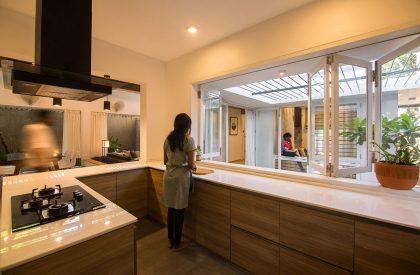 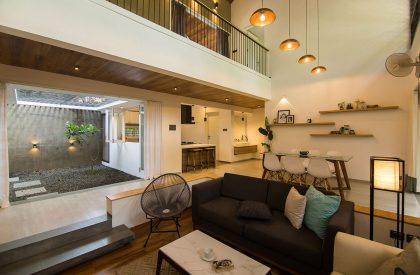 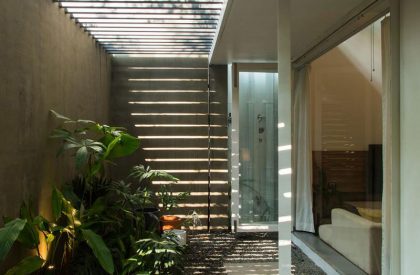 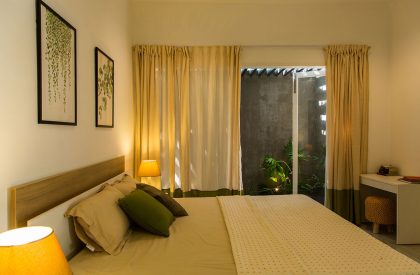