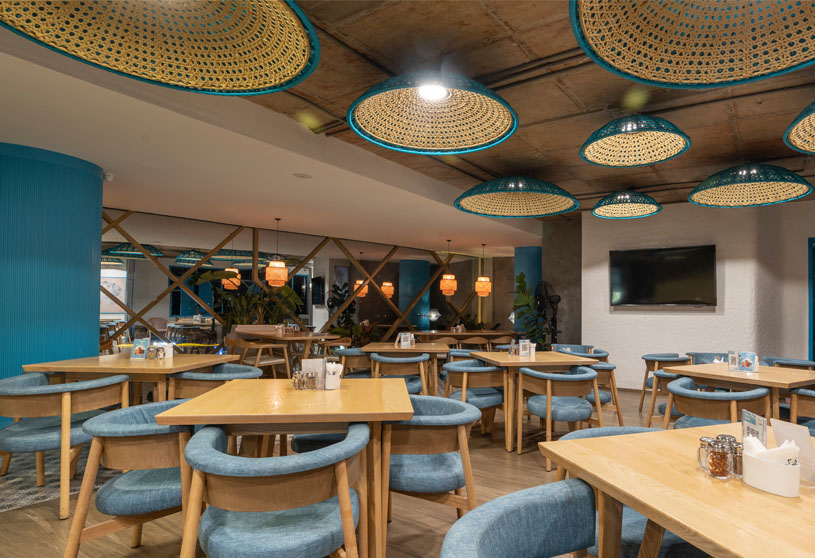 Excerpt: Cafe Azzure, designed by DS2 ARCHITECTURE, encapsulates and contextualizes the very essence of the pristine and serene Greek island through its architectural and material vocabulary. The design approach was to create, curate and establish an experience that amalgamates cultures and holistically come across as a space that is international in its visual language yet is grounded locally.

[Text as submitted by architect] Santorini is exactly 5786 Kms away from Bengaluru, however Cafe Azzure encapsulates and contextualizes the very essence of the pristine and serene Greek island through its architectural and material vocabulary.

Situated roughly 10km from the Kempegowda international airport, the cafe occupies the third and terrace floor of the east facing property. The design approach was to create, curate and establish an experience that amalgamates cultures and holistically come across as a space that is international in its visual language yet is grounded locally. At the entrance, one is greeted by a subtle white brick wall and an azzure coloured double door with frosted glass inserts. Shades of blue and textures of cane and wood blend in together to seamlessly create a visual symphony that is at once quaint, debonair yet celebratory.

The indoor space was largely designed to accommodate large gatherings and families. Wooden flooring and ceramic tiles subliminally segregate the two zones – from semi-private to private. The tiles along with cane elements in the lighting fixtures and the counter create a distinct flavour of varied influences. The imposing fluted-blue columns not only add a visual and volume contrast they also add the depth of traditional intricacy within the litany of modern elements.

The terrace is designed to accommodate a much more diverse crowd. The arches slowly cue the visitor in and dramatically open up the large and expansive view of the airport road and hills bracketed within the diverging blue arches. On either side semi private seating has been accommodated. The terrace area can be largely divided into three sections – the either side having smaller configuration while center having permutations of 4, 2 and larger configurations.

The space on the left has been accentuated by making it a step higher and by the use of a distinct brown panel while the space on the right has seating carved out of white texture curvilinear walls that run serpentine across the right wing. The central area has stamped concrete flooring with lights sprouting down from the ceiling – punctuating and defining the space.

The oven can be viewed from multiple angles and has been covered by white bricks and blue ceramic tiles. It enhances the experience of the space even further by adding a rustic and earthy touch. 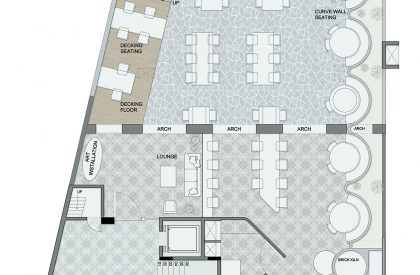 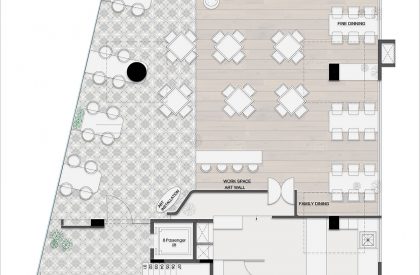 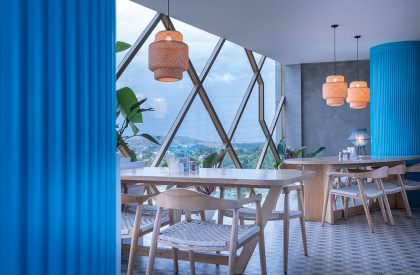 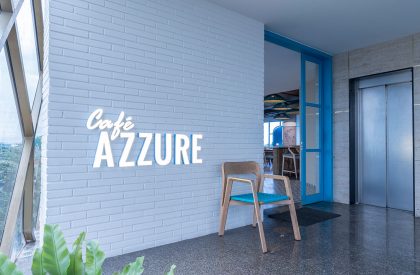 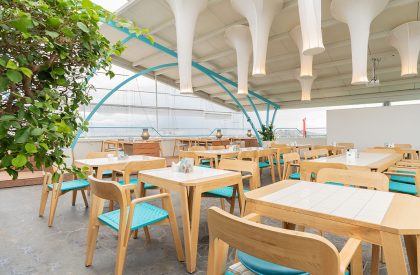 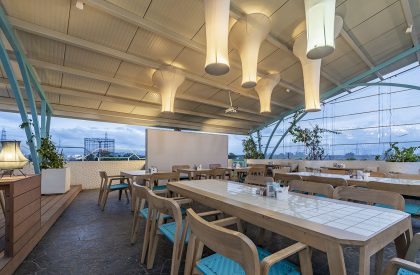 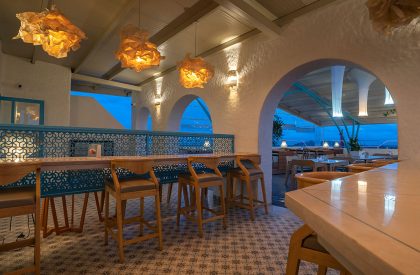 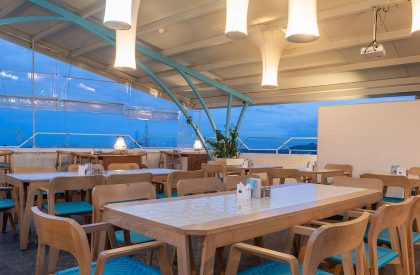 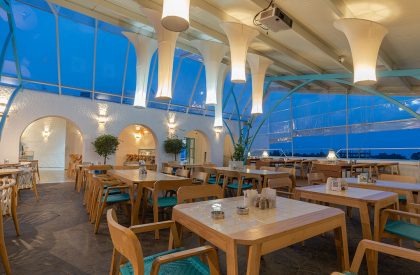 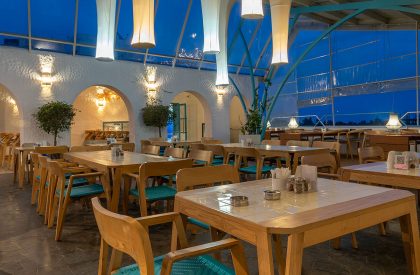 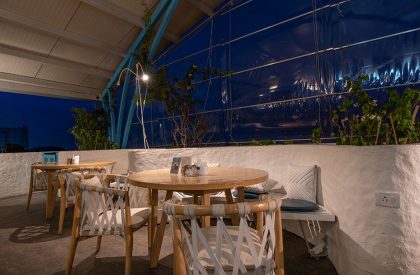 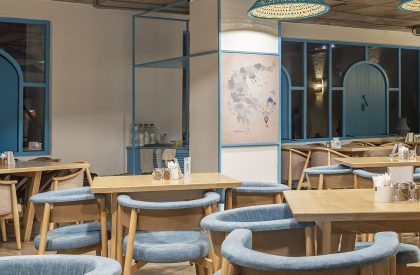 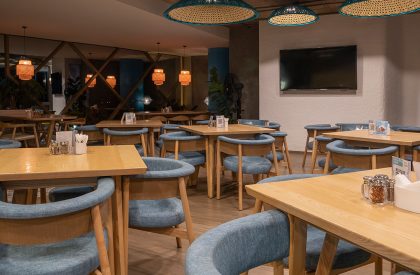 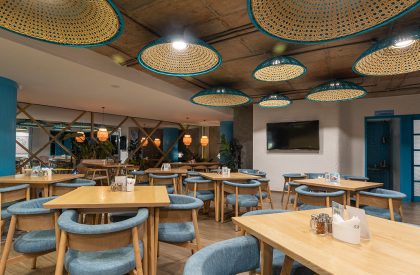 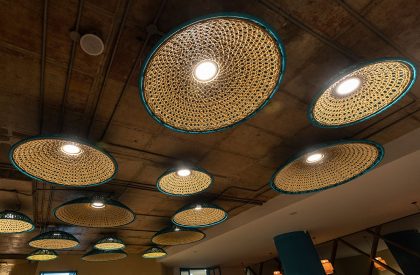 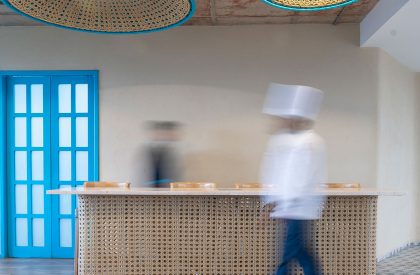