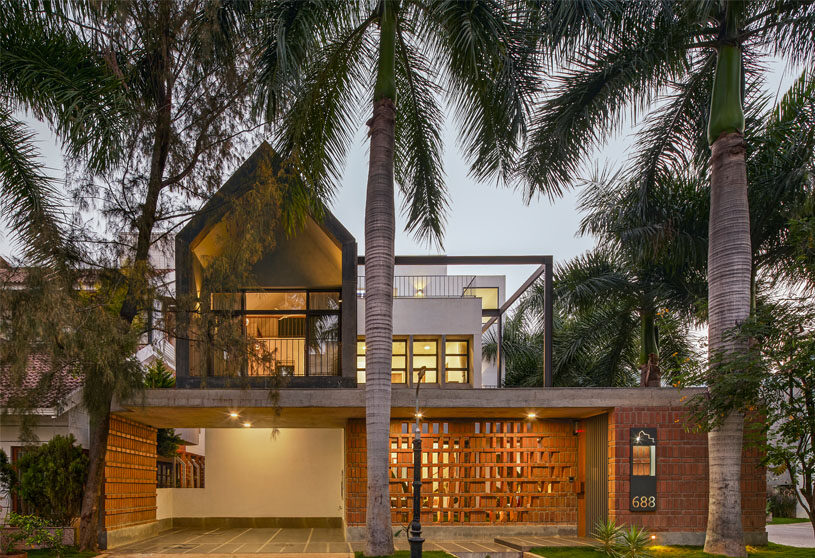 [Text as submitted by architect] Cuckoo’s Nest is built on a corner plot measuring 45’x75’ with roads on the western and northern edge in a gated layout and surrounded by a silver oak tree and some palm trees. The brief was to design a house that is simple, pragmatic and modern for ageing parents of the owners, the owners themselves and their two sons. The entire narrative of this house is constructed around the idea of playfulness and pragmatism. The name Cuckoo’s Nest, alludes more to the playful imagery of Cuckoo’s clock. The proposed design interprets the typical layering in south Indian temple complex, where the inner sanctum is surrounded by layers of pillared verandahs and the outermost layer of tall fence. This layering helps in gradually taking people from the chaotic outdoors to the serene and quiet indoors in a sequential manner.

Programmatically, the house has 2 bedrooms for the old parents, living, dining and a pooja room on the ground floor. The first floor has the kid’s bedroom, a study and the master bedroom around a double height volume over the dining area on the ground floor. A small garden on the northern side, becomes an extension to the living room. This garden is enclosed within a brick jaali wall on the northern side, to ensure good cross ventilation and a certain degree of privacy from the road without making the space feel cramped. The entry to the house has been deliberately convoluted to make the inhabitants move through a green edged verandah sandwiched between the courtyard on its eastern side and the brick jaali wall on the western side of the property.

The kid’s bedroom on the first-floor juts out of the main mass and has been crowned by a pitched roof, clad in Sirra Grey Granite, allowing a small loft over the bathroom. This doubles as a cozy play area for the kids. The inherent honesty and simplicity of the house is reflected in the usage of terracotta bricks, form finish concrete, white walls, white marble and a very simple décor in the interior spaces. A deliberate transition in scale and materiality is created through the brick jaali wall and the low height form finish roof over the entrance verandah which acts as a threshold between the immediate surrounding and the interior. The verandah leads to a foyer space separated from the living with the help of a filigree screen finished in MDF and dark blue color paint. The foyer leads to the living room and the double height dining space, right in the center of the house.

The interior spaces are kept very simple with selective walls finished in hues of blues and browns. The interior spaces are flooded with indirect and soft daylights through skylights over the staircase and deep-set windows. Cuckoo’s Nest is designed to be a sanctuary intended to resonate with the silence and quietude of a temple complex, yet be filled with the sounds of conversation between three generation. 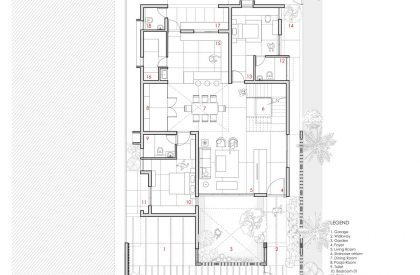 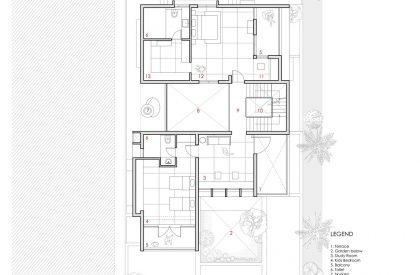 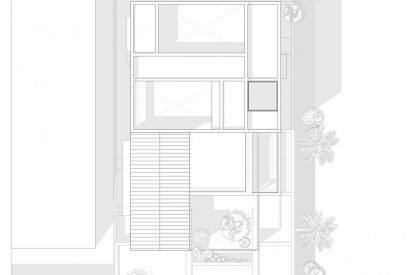 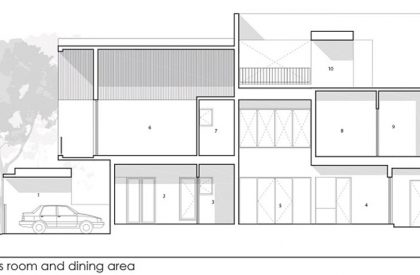 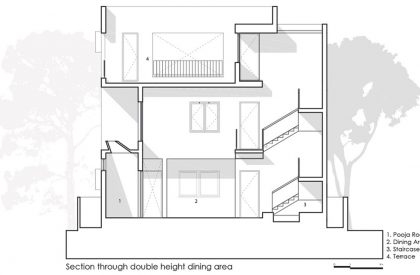 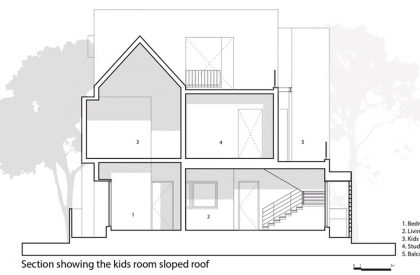 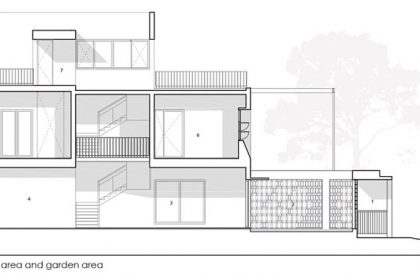 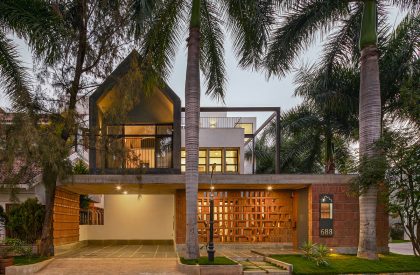 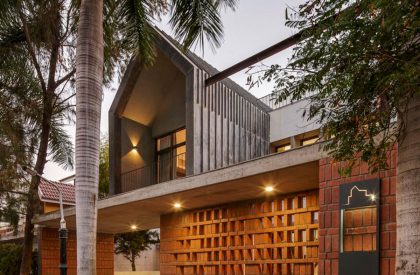 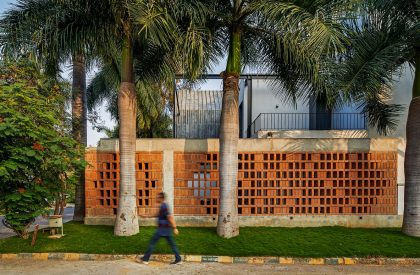 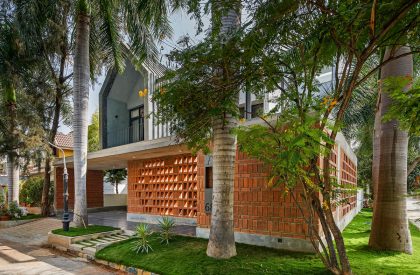 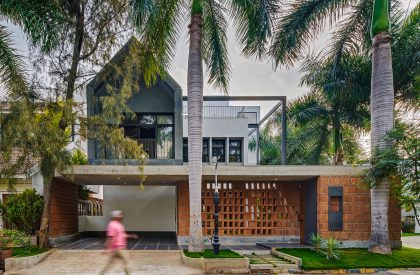 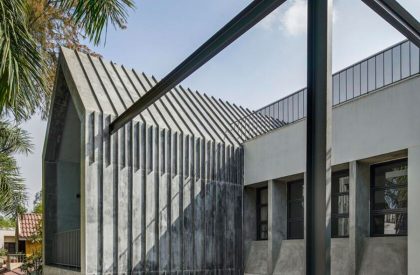 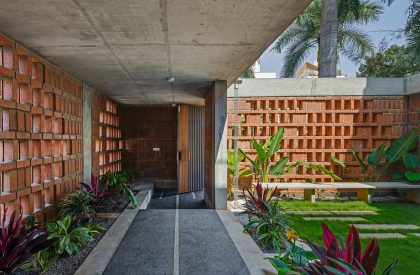 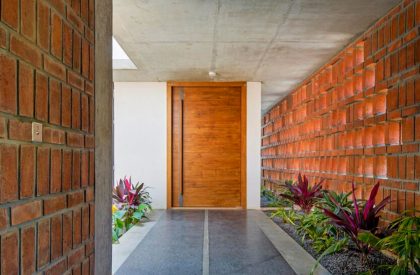 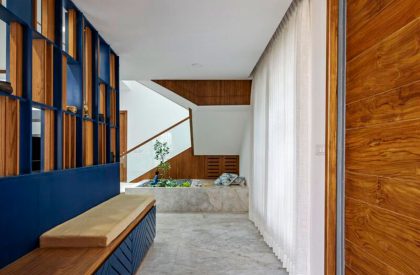 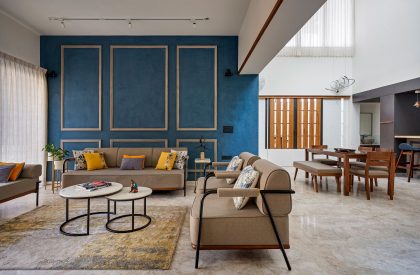 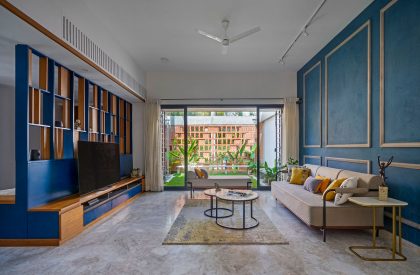 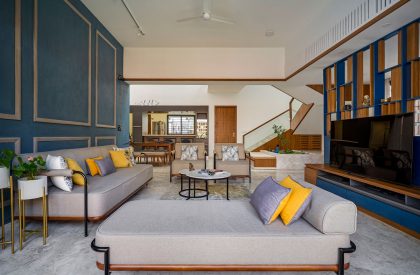 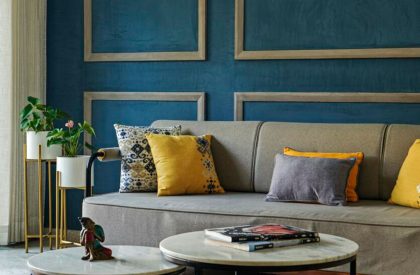 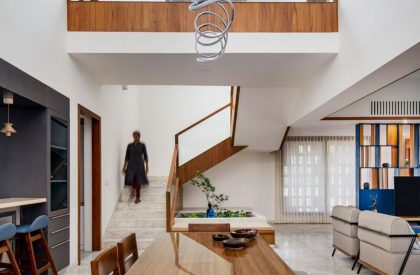 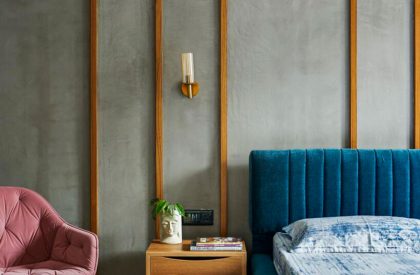 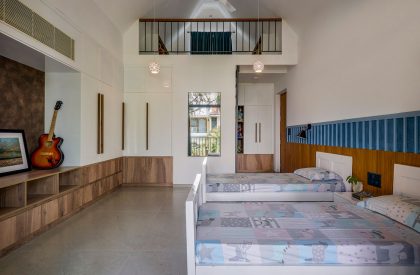