Excerpt: El Gauchal house, designed by Ivan Bravo Architects, is erected vertically over the landscape, with an aim to reach a privileged view on the upper-level terrace, dodging the obstructions of nearby houses. Standing in this way, the liberation of the volume from the ground allows for the displacement of the typological distribution of a beach house, generating new relationships and programmatic associations on the vertical axis.

[Text as submitted by architect] This project is situated a few meters from the coast, facing the bay of Navidad in the central-southern zone of Chile. In the surroundings, a forest, typical of the transversal valleys, converges with the coast that was originally a productive beach, and is currently being developed as a holiday location. The brief responds to the needs of four different families, 14 people in total, that decided to make a second home together. Therefore, multiple and divergent preferences of the different owners are congregated in one volume, reduced to 111m2.

Contrary to the typical constructions of a coastal zone the volume is erected vertically over the landscape, with an aim to reach a privileged view on the upper-level terrace, dodging the obstructions of nearby houses. Standing in this way, the liberation of the volume from the ground allows for the displacement of the typological distribution of a beach house, generating new relationships and programmatic associations on the vertical axis. This provokes a change in the spatial composition of the rooms, affecting their perception: spaces that are extremely reduced serve others that are quite large, conforming to a small total surface whose visual weight is magnified. This is achieved by the reduced width in contrast to an exacerbated height, and by the scale and location of the windows on the façade, that contribute to this deliberately undefinable scale.

In the interior, the elongation of the vertical axis is transmitted through a central void that roams the building in its total height including the circulation, meanwhile enlarging the spatial perception of the common areas of the house. On the other hand, there are four private areas, one for each family, that are distributed on each floor at both extremes of the house, ensuring that all spaces are equally close to the centre. The size of each room is also equivalent, avoiding any type of exclusivity between families.

On the exterior the project is sculpted by standardizing the operations of the main façade and the roof: both are folded minimally under the same aesthetic criteria, escaping the usual division between these elements. The synergy of the square with its pair rotated is the gesture articulating each element of the project, including its position within the limits of the site and the exterior pavements that fill this air. Both interior and exterior are covered in raw wood, with finishes that allude both to the condition to which they respond, as to its counterpart: the first is an inert and atemporal grey that tends to eliminate the new condition of the house, the second is a pristine white that is exposed to the extreme conditions of the coast, like a cuirass or plumage that shines while also protecting. 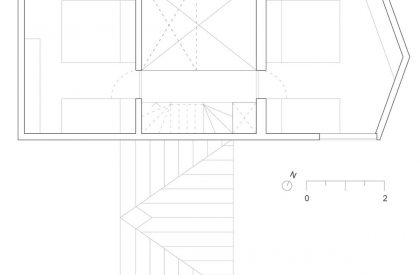 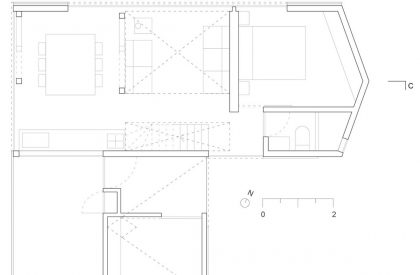 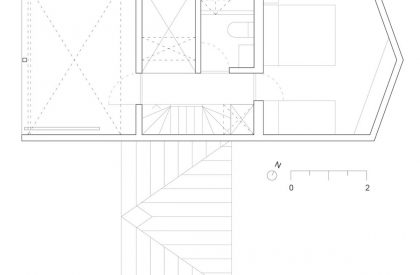 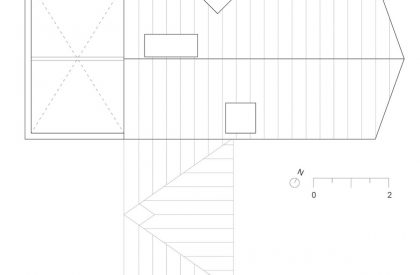 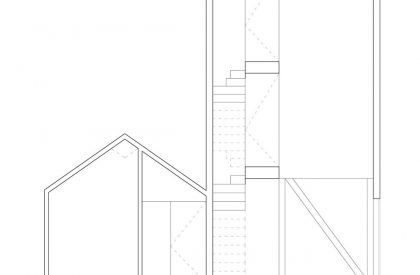 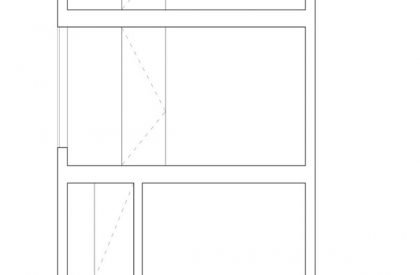 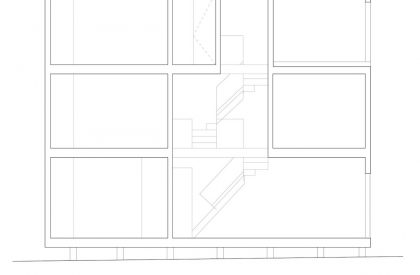 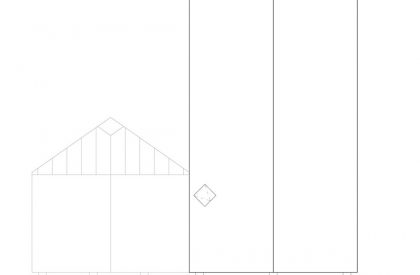 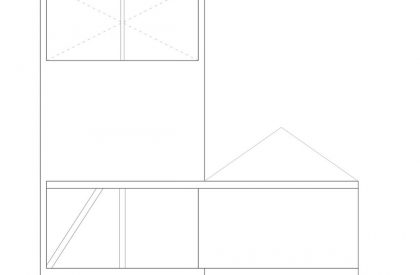 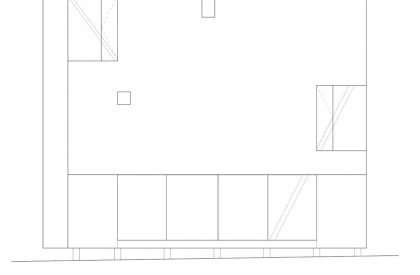 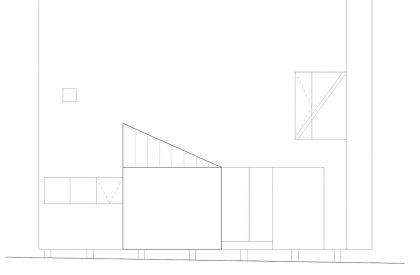 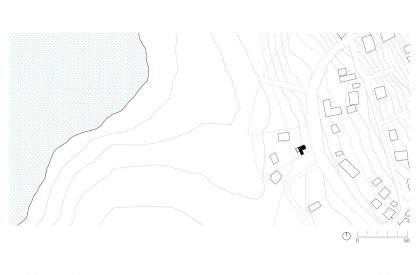 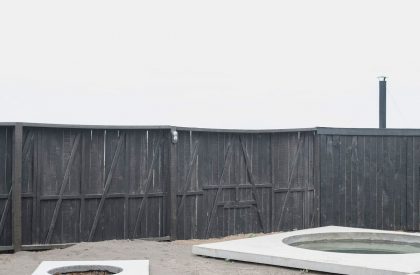 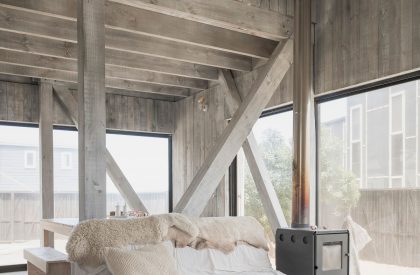 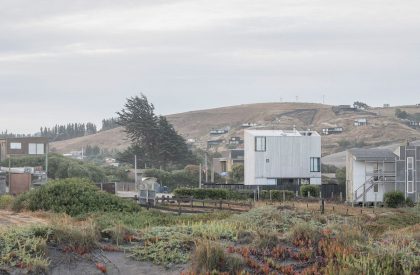 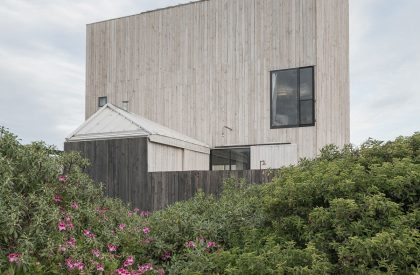 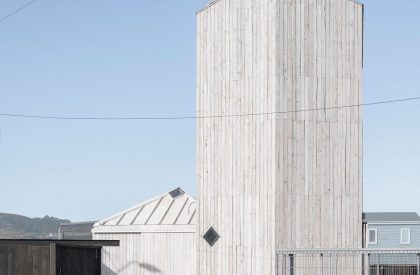 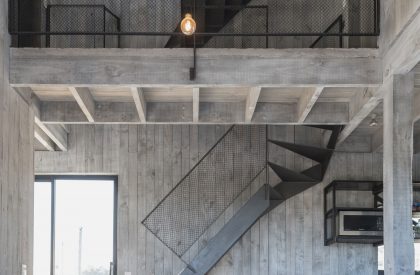 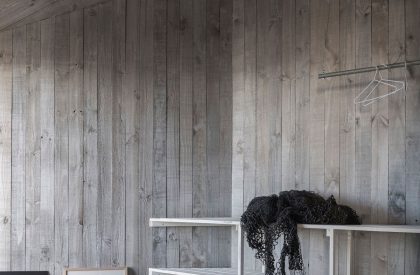 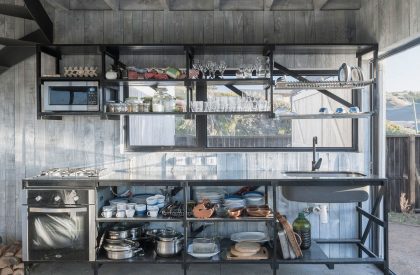 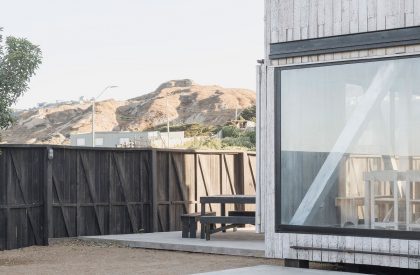 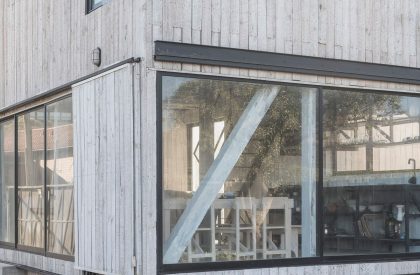 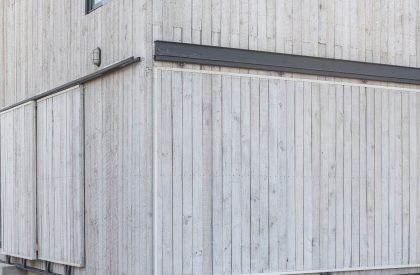 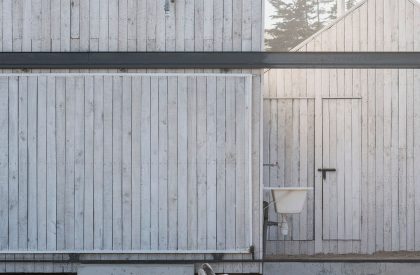 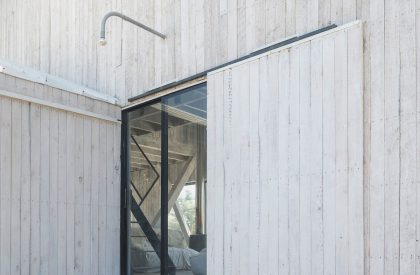