Skip to content
ArchiDiaries     Projects     Life on the Tree | LAAR 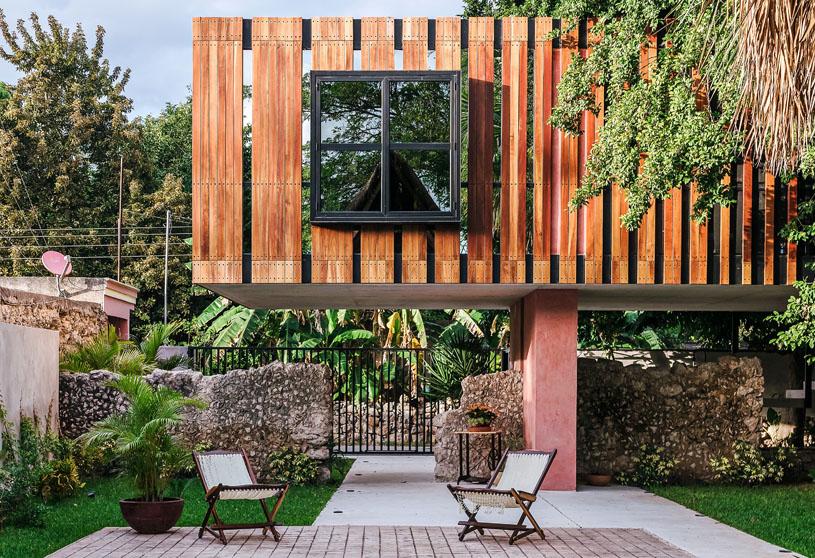 Excerpt: Life on the Tree, designed by LAAR, is envisaged as a young girl’s manifesto whose childhood was spent climbing trees in an old masonry house. The project is conceived as a “solar”, a traditional country mayan house, which considers the open space, the patio, as the living universe of its occupants. The heart of this space is a “ramón” tree, whose only presence transforms the perspective since it gives its intimacy away, making their pinnacles approachable, creating a symbiotic relationship with the human being since they’re both protagonists that shelter the space.

[Text as submitted by architect] “Life on the Tree” is envisaged as a young girl’s dreams manifesto whose childhood was spent climbing trees and branches in an old masonry house. Years went by and the context changed, yet the trees and stone walls of those times still remain as witnesses of time, now standing as the main characters and accomplices of that dream.

Situated at the heart of Yaxkukul city in Yucatán, “Life on the Tree” is a retreat house specially designed at the exact same lot where the owner’s old family house once was, and which keeps today it’s vestiges. The project itself is conceived as a “solar”, a traditional country mayan house, which considers the open space also known as the patio, as the living universe of its occupants. It consists of a big open space where the remnants of the old house, the old “ramón” tree shadows and the longings of a once little girl, settle a dynamic brief departing of two new shadows: a floating concrete slab and a palm trees’ straw coating.

At the ground level, an open plan layout is accomplished, where nature conducts the orchestra, putting order and consistently transforming the space around the main access. This blue color patio acts as a memoir of the original floor tiling of the house, it´s also enclosed by the masonry walls’ old trace which leads the stair’s blueprint, whose leading appears to be the treetops, yet flowing into a terrace roofed by another five “ramón” treetops. The private area, which provides its name to the project, is serenely suspended as a thick, yet translucent volume between the branches of five existing old “ramón” trees located on the patio, floating above the masonry old wall remnants that used to contain the old family house, creating a heterochronic scenario, as in a dream, where both universes and time coexist in parallel.

On the second floor, a translucent space is unveiled, which leads the inhabitant through the wooden lattices and the structural simplicity, creating permeability control from the public spaces to the private ones, which allows to glimpse the outdoor context and turning the house into a viewing platform. The heart of this space is a “ramón” tree, whose only presence transforms the perspective, since it gives its intimacy away, making their pinnacles approachable, creating a symbiotic relation with the human being, since they’re both protagonists that shelter the space.

Natural elements are enhanced, giving a sense of a warm shelter: the green roofs provided by the treetops and the wood cocooning, act together as a filter, since they control the solar beams and also allow constant and natural ventilation, that goes throughout the inhabitable spaces, and a lighting set inside the house that changes in order to the daytime, making it easier to enjoy the natural environment as an essential factor of the ludic experience. 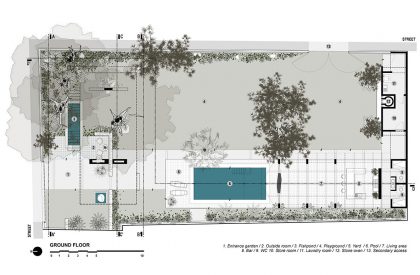 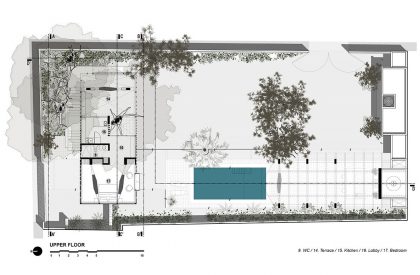 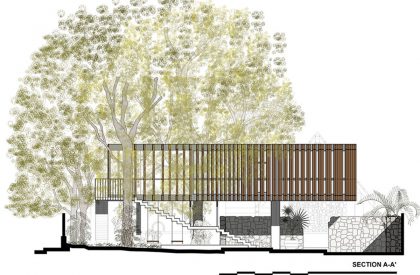 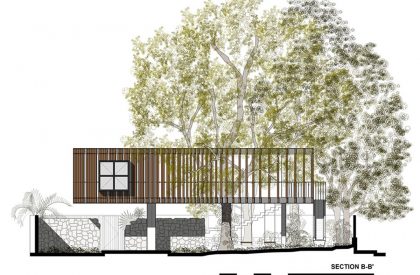 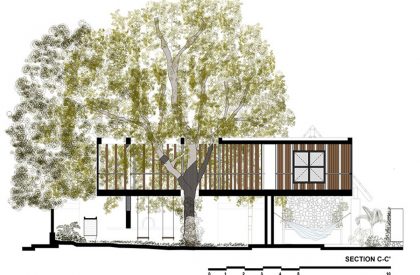 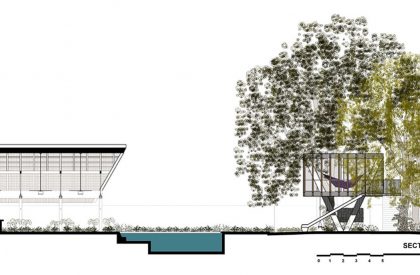 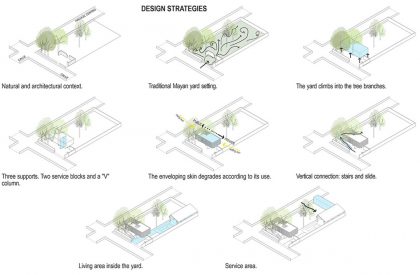 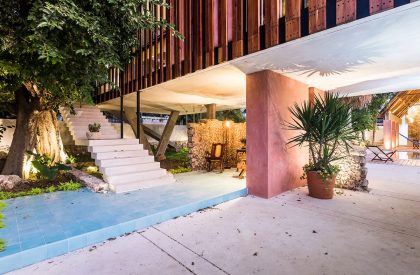 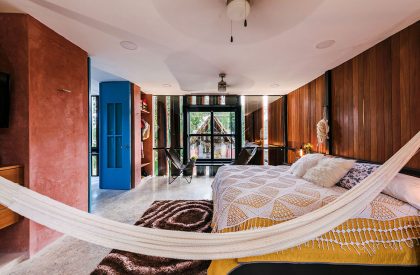 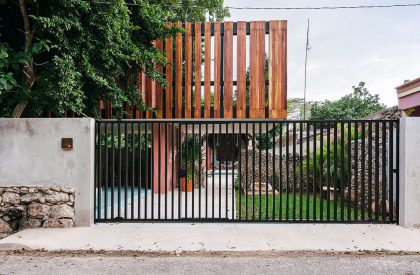 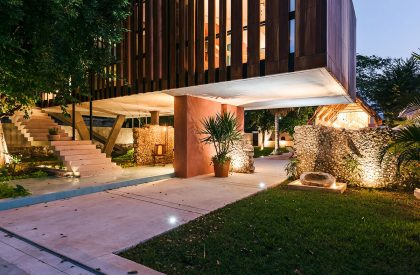 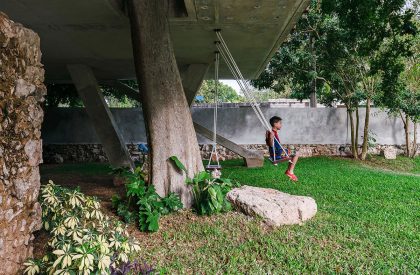 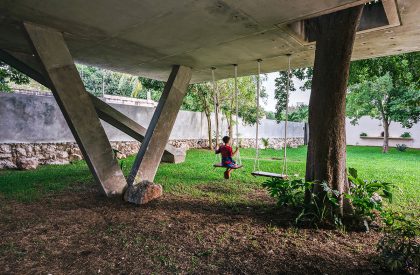 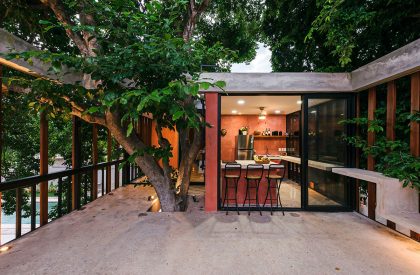 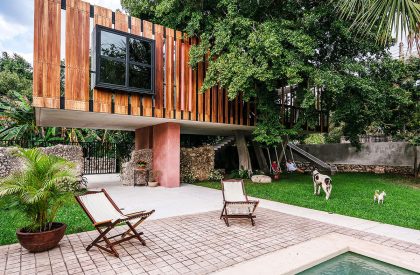 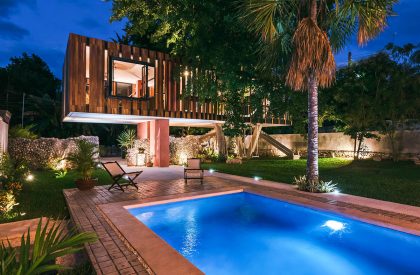 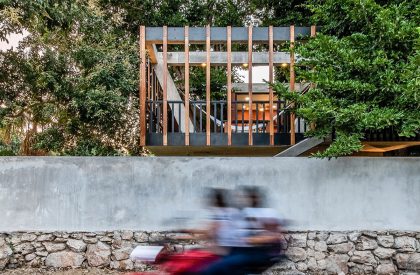 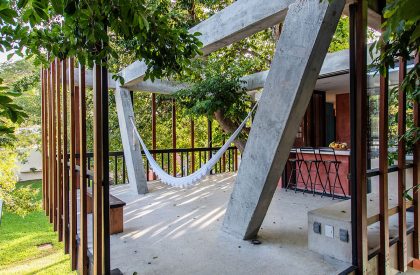 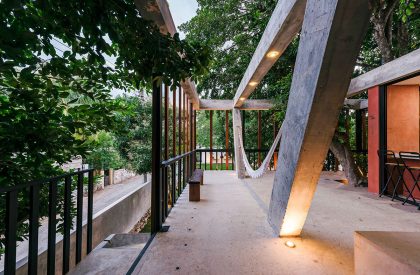 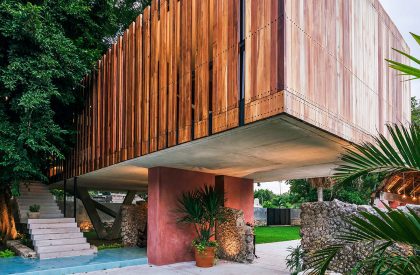