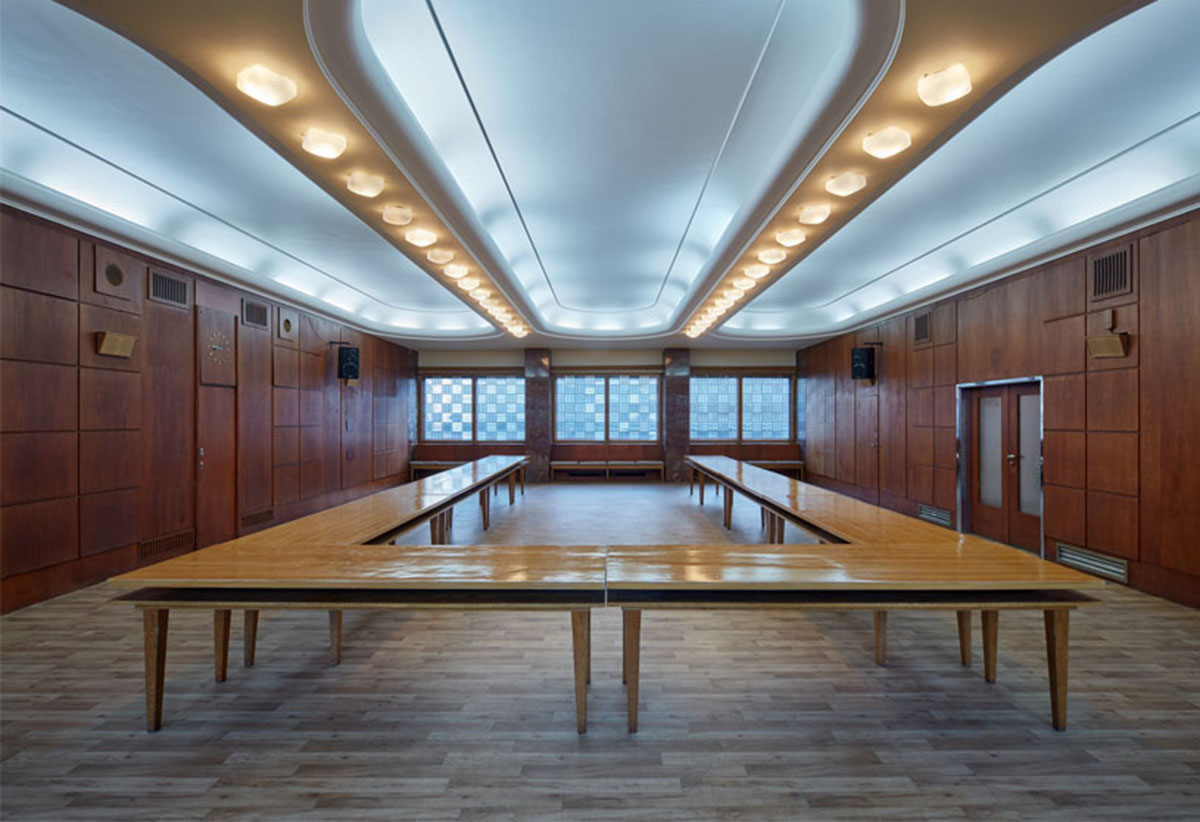 Excerpt: Radost is an architectural revitalization project designed by QARTA Architektura. The revitalization addresses a sensitive reconstruction of a significant landmark in the context of a range of issues related to the effective functioning of modern cities. The functional integration of the building into the contemporary urban fabric requires the restoration of its social, economic and cultural ties that can enrich both the local area and the metropolis.

[Text as submitted by the Architects] The former Palace of the General Pension Institute is one of the most prominent examples of Functionalist architecture in interwar Czechoslovakia. Inspired, among others, by the work of Le Corbusier, young Avant-garde architects Josef Havlíček and Karel Honzík designed an open-cross plan building – the first Prague skyscraper conceived as a solitaire amongst the typical residential block buildings of the time.

The revitalization addresses a sensitive reconstruction of a significant landmark in the context of a range of issues related to the effective functioning of modern cities. The functional integration of the building into the contemporary urban fabric requires the restoration of its social, economic and cultural ties that can enrich both the local area and the metropolis. Located near the main train station, the building is an inherent part of the city centre.

The new primary function of the original administrative building is a medium and long-term tenancy that responds to the current housing shortage in the capital. Around six hundred basic living units designed as prefabricated modules can be combined to create various ergonomically functional spaces. 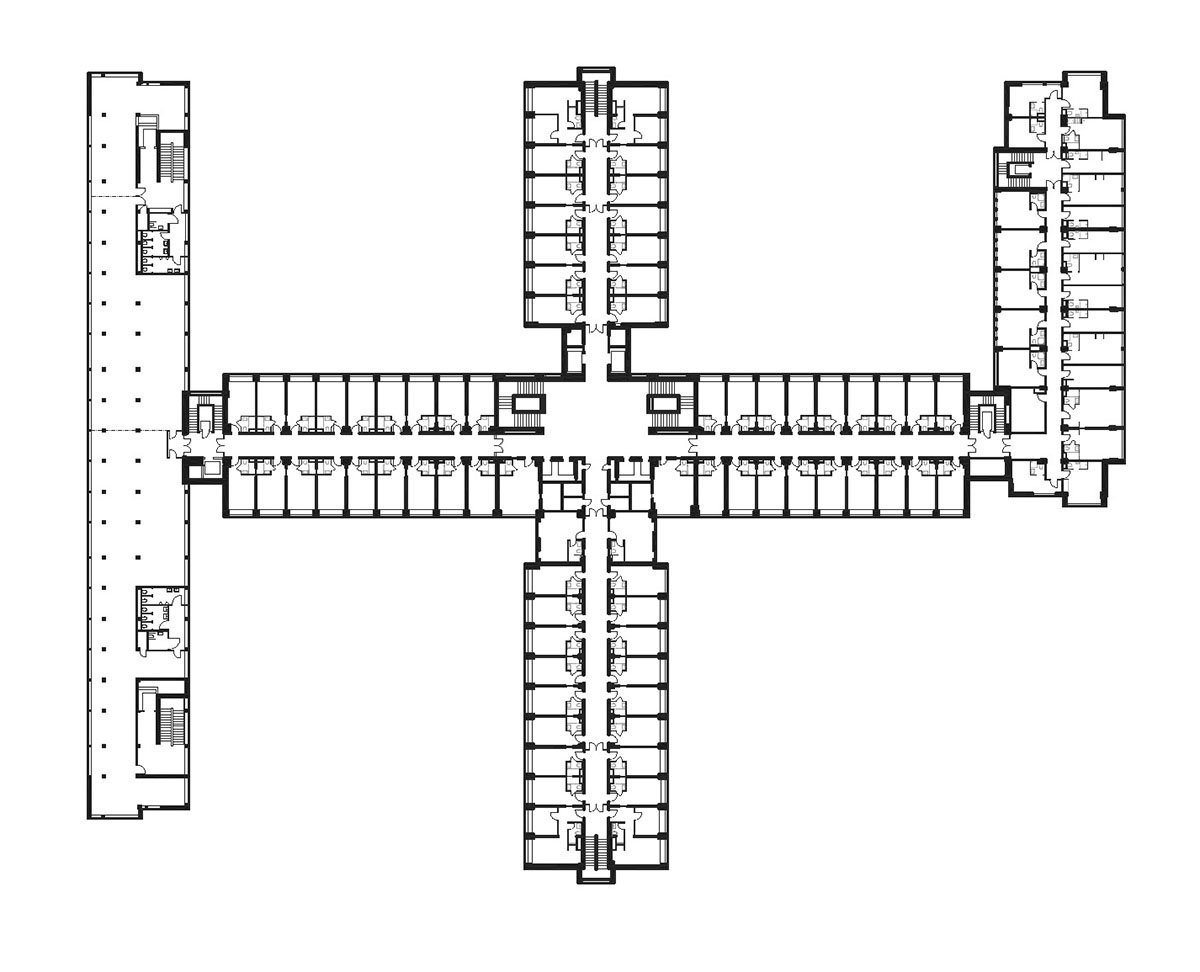 Inspired by the co-living concept, the advantage of this affordable individual housing for different age groups is the accessibility of a wide range of services, such as kitchens, dining rooms, shared community spaces, playroom, laundry or co-working spaces. At the same time, the tenants can use the services intended for the general public, such as a shopping arcade, restaurants, cafés, small shops, doctor’s offices, cinema, sizeable multifunctional hall, fitness centre, and wellness facilities. Car parking is provided in an automated parking system, while a depot and bicycle rental accommodate the needs of those seeking alternative means of transport. Administrative spaces have only an accompanying function within the building. The newly created public procedures will revitalize the place, allowing for its maximum utility. The conversion works with the spatial philosophy of Functionalism and rethinks the new communication function of the building. At the heart of its multifunctional character is the free movement of people fostering the existence of an authentic, lively environment. To open up and make the ground floor (and thus the whole area) more accessible, the courtyards of the cross plan have been complemented with new layers. These new functions facilitate all the necessary services and a local and international cultural programme. In addition, the connection of the building with its surroundings will contribute to the cultivation and activation of public space, which is generally lacking in Prague.

Initially, the movement trajectories were clearly defined by the hierarchy of the building’s administrative purpose. This fact, along with the inaccessibility of the courtyards, contributed to the building’s general “fortified” character – despite its open-cross plan. The opening of the ground floor follows the building’s functionalist concept as a functional set of open spaces. The courtyard masses are conceived as transparent, contrasting and disparate – inserted with a notable offset. Generous in their size, the newly created spaces employ a more subtle and fragile shape character than the original structure.

The transparent, artistically conceived façade of the new volumes makes the original cross plan come to the fore and manifests its functional character. The nine-meter-long glass slats open irregularly, drawing passers-by inside the building. Thanks to the technology of imprinting the structures into the glass and the light interlacing of the slats, the impression of an organic structure is created, making itself distinguishable from the original façade. This new layer introduces a contemporary element that follows Czech glassmaking’s artistic tradition and craftsmanship precision. Therefore, the glass façade is not merely a technical finesse of Modernism but a fragile structure that develops the utilitarian philosophy of Functionalism in its artistic language. A green roof covers the courtyard that features the cultural hall below the ground level.

Transforming the building’s function and adding a new open structure to the existing cross plan will increase its accessibility to the public, both physically and mentally. By creating new communication and social links, the building can successfully defend its position as an icon of Czech architecture – not only from the perspective of history but also in the eyes of the wider public. 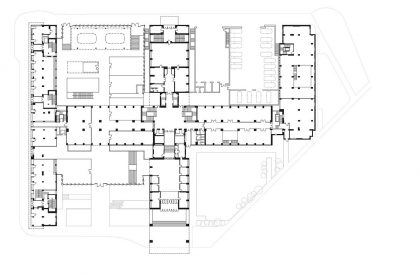 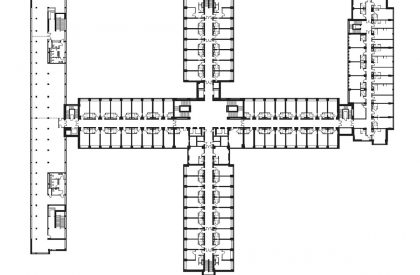 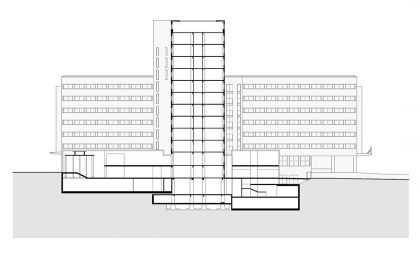 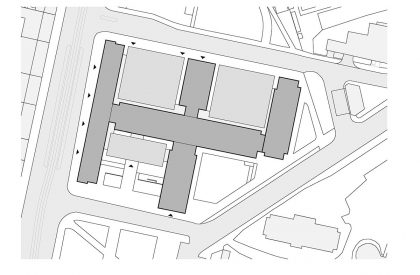 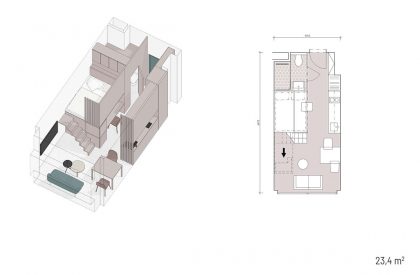 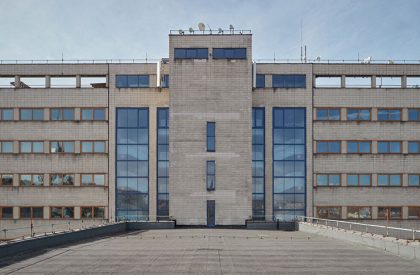 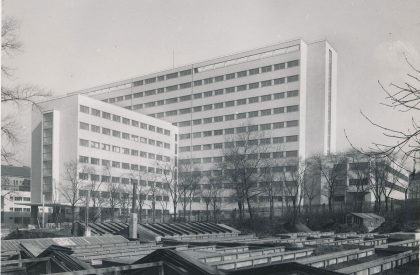 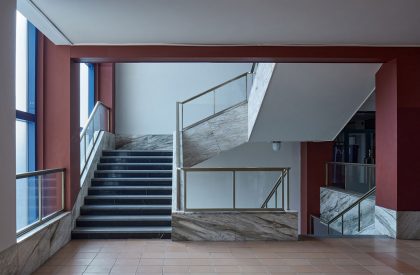 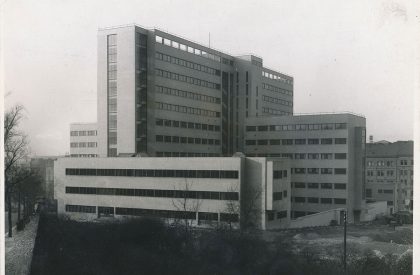 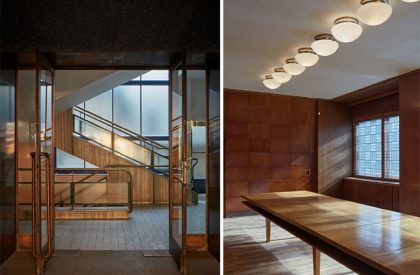 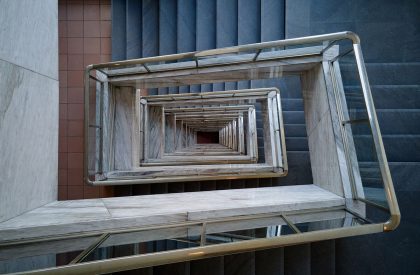 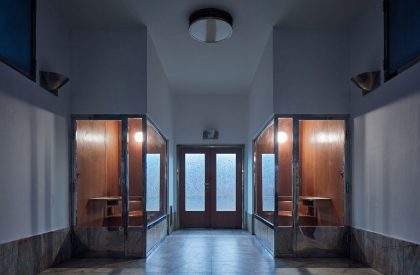 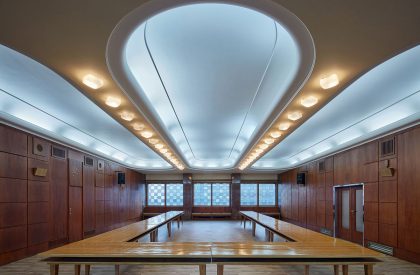 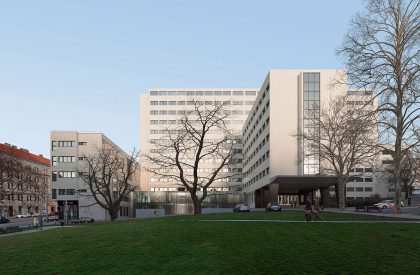 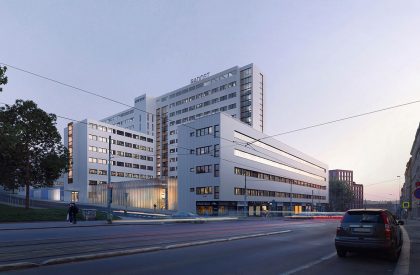 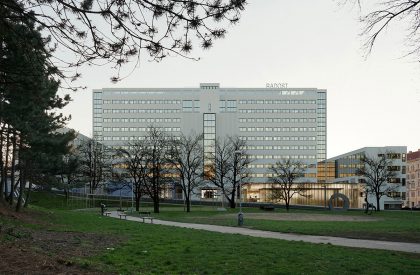 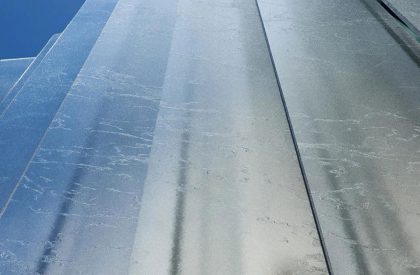 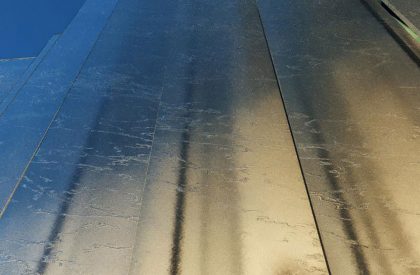