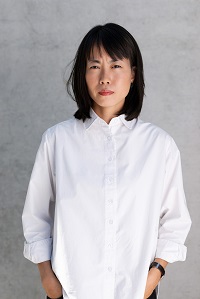 During her tenure at F+P, Carolyn participated in large scale masterplanning, regeneration and headquarter projects including the Amazon HQ London, Ministry of Defense France Competition and Shenzhen CR Land masterplan. Since starting Superimpose China – apart from designing – her primary focus is on client liaison and project facilitations. She plays a key role in project acquisitions and communication. As a partner of Superimpose, she has been involved with all award-winning projects including Micr-O in Hangzhou, Re-Veil and Y-Loft City in Changzhi and the Vanke Sky-City TOD in Hangzhou, which is currently close to completion.

Carolyn has developed thorough understanding and sensitivity towards both Eastern and Western cultures. Her design inspiration in architecture come from her appreciation of travelling and art. She has a strong belief in creating meaningful architecture as a powerful tool for change and to educate and inspire the next generation. 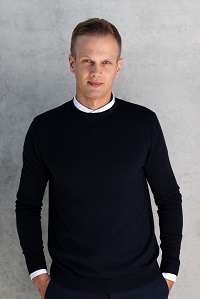 Ben is a director and co-founding partner at the international architecture practice Superimpose Architecture with entities in Beijing, Rotterdam, and Hong Kong. Ben holds a Master of Science (MSc) degree with distinction from the Delft University of Technology (TUD) in the Netherlands and is a registered architect at the SBA in the Netherlands.

Ben has developed a strong portfolio of around 25 built projects with striking concepts. As a partner of Superimpose, he has been involved with a number of award-winning projects such as Micr-O in Hangzhou, CO2 in Beijing, the Re-veil and Y-loft City in Changzhi and more recently Vanke Sky-City TOD in Hangzhou. Ben has extensive experience in the realm of adaptive re-use, mixed use, TOD projects, office developments, residential developments, urban planning, and countryside revitalization. Ben has built experience in the Netherlands with substantial contributions to completed (social) housing projects and factory transformations. 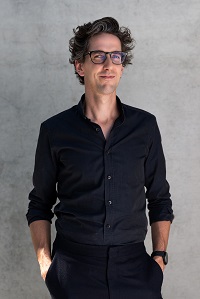 Ruben has extensive experience in the realm of sustainable LEED, BREAM and WELL certified projects such as the 2018 Stirling prize winning Bloomberg headquarters in London, the most sustainable office building in the world, the WELL Living Lab for Delos and Vanke Sky-City TOD in Hangzhou, Asia’s first LEED for Community Platinum project. Ruben also gained experience on multiple cultural projects and has been highly involved in the Museum of Contemporary Art in Yinchuan China. As a partner of Superimpose, he has been involved in all projects by Superimpose with a number of award-winning projects such as Micr-O in Hangzhou, CO2 in Beijing, the Re-veil and Y-loft City in Changzhi.

Ruben’s design perspective is inspired from his travels around the world. He has a strong vision towards a sustainable and green built environment and with his opportunistic mind set his goal is to make a positive impact.

Superimpose Architecture is an award-winning Sino-Dutch design practice based in Beijing, Rotterdam, and Hong Kong founded by three accomplished partners Carolyn Leung, Ben de Lange and Ruben Bergambagt. Since 2015 Superimpose has worked on a wide range of project typologies and scale in Europe and Asia. With our international team of innovative designers, we create meaningful and sustainable spaces through architecture, masterplan, interior and exhibition design.

Superimpose employs a bold and creative Dutch design approach hand-in-hand with a tactile and sensible Asian design philosophy. We don’t advocate any particular design style but rather focus on applying problem-solving strategies to find functional, sustainable, innovative, crisp, balanced, well-detailed and striking design solutions. We take pride in thinking along with our clients to improve or redefine the design brief. Over the years Superimpose Architecture has built a solid portfolio of projects, which together establish a proven track record for strategy-based design.

Our name ‘Superimpose’ reflects our design methodology and office mentality. We design with contextual awareness and carefully overlay contextual components with our designs with the responsibility to improve, protect, recycle, revitalize and sustain both our natural and built environments. We design with future generations in mind and our design relates to people in terms of scale and usability.

Superimpose has completed multiple high-caliber projects such as the TOD project Vanke Sky City in Hangzhou, rural education Center ‘Micr-O’, factory transformation ‘the Re-Veil’, residential development ‘Y-Loft City’ and the Well Living Lab, amongst many others. The partners share experience on around thirty built projects. Prior to founding Superimpose in 2016, the partners worked at international top-tier practices such as Foster + Partners, Benoy, Spark Architects, Richard Stirk + Harbour, waa, Urbanus and Mei Architects and worked on the Sterling prize winning Bloomberg Headquarters and the Amazon Headquarters in London and The Museum of Contemporary Art in Yinchuan.

Our team is selected based on diversity rather than similarity so that different perspectives and cultures can inspire us. We believe design should not be a sole creation by one individual. We design by listening to each other and organize ‘idea farms’ to stimulate knowledge exchange in between our international practices.

We value all forms of collaboration to make our designs more complete. Besides our successful collaborations with numerous local design practices and architecture related disciplines, we collaborate with sustainability experts, cultural experts, movie makers, projection artists, light artists, wood craftsman, furniture makers and many others. We support sustainable initiatives that create a better and livable community to our future generation. 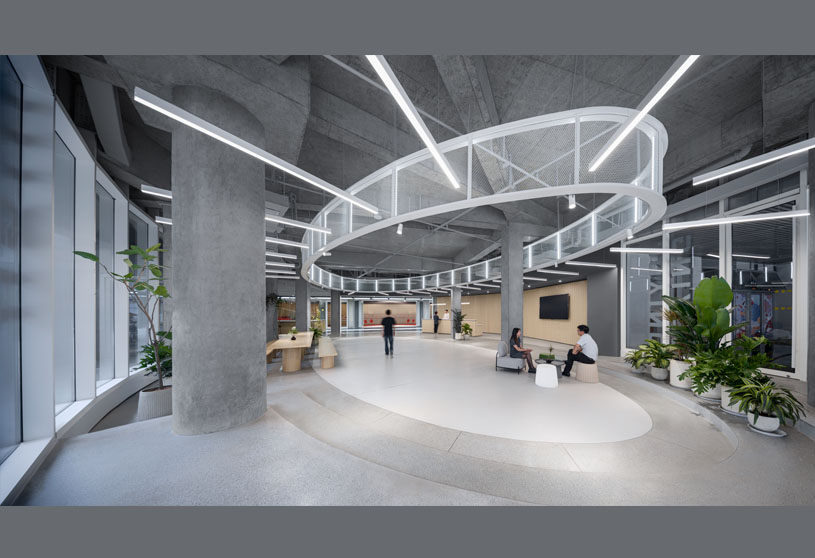